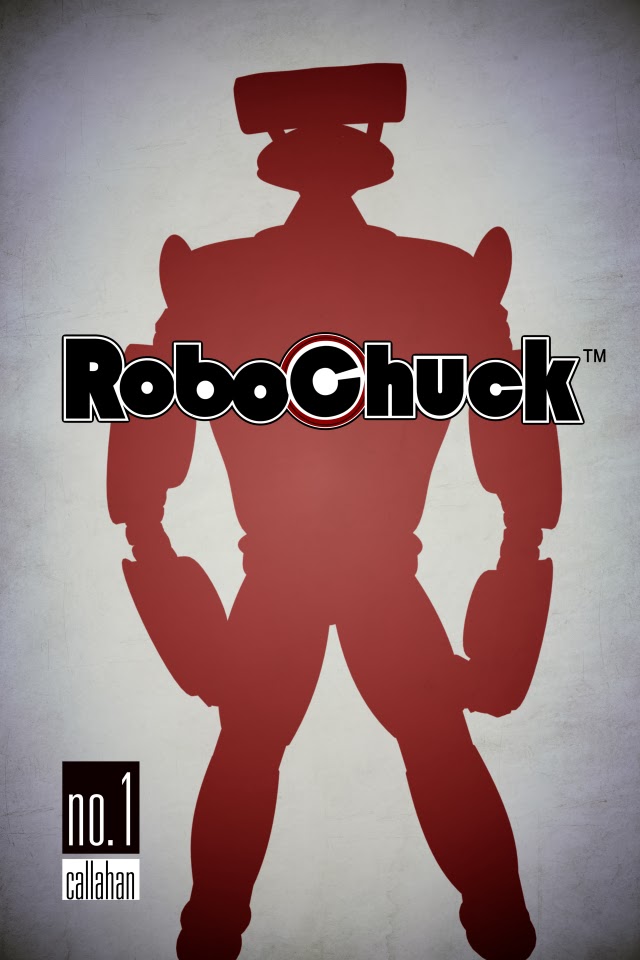 This may be a strange way to review a digital comic, but I'm more fascinated by my reaction to RoboChuck #1 then to the comic itself, and it is my reaction to it that focuses my critical eye towards it.
If that made any sense...

Chris Callahan's RoboChuck is relatively unremarkable as a comic, though it has its charms as well as its moments. Where its true value lies, at least for me, is in the crossroad where intention and ability intersect.
RoboChuck is, apparently, Callahan's first comic and he came to the medium by way of having an idea too large and expensive for film, which was followed by a chance exposure to a panel at Comic-Con on Creator-Owned properties. Armed with a script and a background in Art Direction and Motion Graphics, Callahan got to work – the result beingRoboChuck. The next step was reaching an audience. With a bit of marketing savvy combined with Comixology's Submit portal, Callahan, along with any and all independent creators, has a platform to potentially reach an enormous number of people.

And like I said, there's nothing bad about RoboChuck.  Callahan's pitch for his book reads as follows:
RoboChuck is the story of an unlikely hero in a world divided by change and technology. Once the most important city in the World of Entertainment, Flattown is now an abandoned slum populated by traditionally-animated flat toons that audiences have long forgotten. Computer-generated characters are the new cinematic royalty and the only ones it seems anybody cares about anymore. Caught between these two distinct social classes is RoboChuck, a CG character raised by two flat toons, who dreams of the days when his parents and the other flats in Flattown weren’t so forgotten.
Sounds interesting, right? While not wholly original, it has some potential to work through larger themes and/or provide either political or social commentary, like, I dunno, Who Framed Roger Rabbit did or something. There is nothing really limiting this series' possibilities and success except the talent of the creator.

Still, there is an earnestness to Calllahan's book that made me want to like it more than I actually did, and the personality of the book began to realign my critical eye. I felt myself being, in a way, seduced by a certain level of naive innocence that RoboChuck seems full of, as if the passion Callahan obviously feels about his project were part of the very fiber of what he has created.
And so I felt myself wanting to champion this book, not based on the merits of the piece itself, but on the vigor in which it was produced. This, then, made me assess my role as a critic and how to approach this sort of experience. There's always been this movement afoot to separate the art from the artist, and I have mixed feelings about this sort of division, but what do you do when the art seems so much an extension of the artist's own vitality? Where does that put objectivity? How does the critic respond?
I don't have easy answers to these questions, but I feel the need to engage in a larger dialogue about this subject, as it casts a new shadow over criticism in general.
I'm not championing RoboChuck for its merits. It's a book that I could take or leave, though I could see some readers really enjoying what Callahan is doing with his comic. What I am excited about, though, is that it spurs me to question so many of my previously held assumptions about myself as a reader, a teacher, a critic, and … yea, I'll go there … a man.
That alone was worth the read.
Find out more about RoboChuck at Callahan's website which will link you to both the Comixology and Kindle versions of the book.