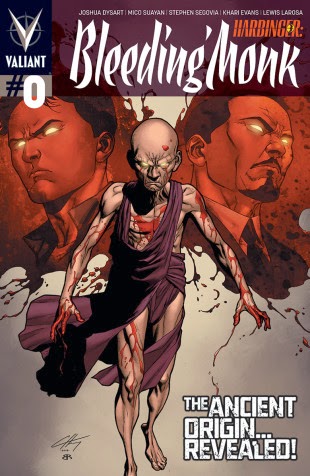 Off and on, for the last couple of months, I've been reading the recently published biography by J. Michael Lennon, Norman Mailer: A Double Life. I am finally on the final pages, approaching Mailer's death on November 10, 2007, and I just can't finish the book. I have become saturated by the slow degeneration of this once vital, powerful, and strapping genius who, say what you will about his style or politics or moral compass, was a man who, in the parlance of Hunter Thompson, truly stomped on the terra, The penultimate pages of his biography so far have been painful to read. They have me pondering issues of mortality and time and how we spend our lives flitting from experience to experience, idea to idea, passion to passion. It's got me thinking about art and religion and love.
And I can't read the end. I can't bear witness to Mailer's death. The idea of so much energy slowly dissipating and finally falling into the void shivers my sensibilities. I don't have the strength right now to confront it.
Which brings me to, of all places, Valiant Comics' Harbinger: Bleeding Monk #0, a comic that embraces the limits of mortality by entering the mind of one who is immortal.
If you live unstuck from the linear progress of “time,” is your knowledge of the future actually “prophecy”? If you live all moments simultaneously, are you able to influence the outcome of events and become an agent of change? What does omniscience do to your sense of self? Is there even a sense of self in this situation? Without Ego, is wisdom possible? How about morality?
This is the sort of quandary I found myself immersed in while reading Harbinger: Bleeding Monk #0. This book is supposed to be one of those “all-new standalone introduction(s) into the world of Toyo Harada's Harbinger Foundation,” – which it is, don't get me wrong, but it's also a meditation on the larger issues of human existence and our relationship with our construct of time. The narrative takes the form of a third-person address that derives its source from a first-person perspective, forcing the reader to wrestle with the implications of the second-person personal pronoun “You”. The Bleeding Monk is addressing the reader directly while talking about himself, convoluting the interaction between reader and text in a fundamentally profound and electrically charged way.
Writer Joshua Dysart forces this issue further by having three narratives existing ostensibly in the past, present, and future, but indicating that all these events are occurring simultaneously, with the Monk (and the “you”) experiencing them together. Dysart forces the reader to bend his or her conceptions of the temporal and the self while “revealing” the “origin” of the main character.
In less adroit hands this conceit would bend in on itself and be rendered incomprehensible. In the hands of Dysart, though, Harbinger: Bleeding Monk #0 reads effortlessly, as if just another super-hero comic on the shelves.

But it's not, is it? Dysart is able to transcend the medium by presenting it as just another comic, and that, my friends, is art.
Not one to pass an easy segue when I stumble upon it, I'd like to talk about the art in this book. In their solicitation for the book, the fine PR folks at Valiant hyperbolically extol “an all-star cast of jaw-dropping artistic talents, including Mico Suayan (The Punisher), Khari Evans (Harbinger), Stephen Segovia (Superior Carnage, and Lewis LaRosa (Punisher MAX)!” – and while I tend to bristle at terms like “jaw-dropping” (though I laud their use of the Oxford Comma), this type of hype borders on a truth.
Usually when books feature this many artists they run the risk of falling into the “too many cooks” cliché. In Harbinger: Bleeding Monk #0, though, given the nature of the story, each artist is able to contribute an apt take on what is occurring. As there are three time streams happening here, and having different artists take on each section works perfectly, seamlessly, and impressively. The book fluctuates from moments of intense action to points of profound silence – from the seemingly mundane to the cosmic or supernatural – and having separate artists working in harmony brings further convergence to the piece as a whole.
Much can also be said for the work of colorist Ian Hannin. Valiant released some uncolored line art from this book a little while ago. When you place these side by side with the finished product, you get a full perspective on not only the dynamic power a colorist brings to the pages, but also the artistry that Hannin commands. The same can be said for the lettering work of Dave Sharpe, who, if you have read any of my other reviews of Valiant books, remains one of my favorite working in the business today. Somebody once said that the best lettering in comics is the kind that you don't even notice most of the time. What I take from this is that when the letterer does his or her job expertly the words become dialogue and their shape become sounds themselves. Sharpe's got this. I can hear the voices as they speak, I can feel the emotions they impart, I can sense the heat of the sounds – and this is all due to the work of Dave Sharpe.
Harbinger: The Bleeding Monk #0 is the kind of comic that offers insight into the possibilities of mass market comics themselves. It wraps itself in the regalia of glossy entertainment while subtly pushing its readers to consider acroamatic and cabalistic ideas about the nature of existence and the relationship between it and the self. By questioning the very nature of our conception of linear time and allowing another possible point of view into our fundamental understanding of how reality is perceived, Dysart and the rest of his team help mollify some of the anxieties of existence our own process of decay engenders.

After reading Harbinger: The Bleeding Monk #0 I feel strong enough now to read the last ten pages of Mailer's biography. I feel reset to look upon his departure as part of a larger continuum, one that I don't quite grok yet, but one that makes me feel secure that a singular idea of my understanding of what makes up a man's life is blinding me to a greater understanding of life itself.
As Mailer himself once said, “Every moment of one's existence one is growing into more or retreating into less. One is always living a little more or dying a little bit.” This is a single vision of the nature of our time in this moment. Harbinger: The Bleeding Monk #0 seems to offer another perspective.