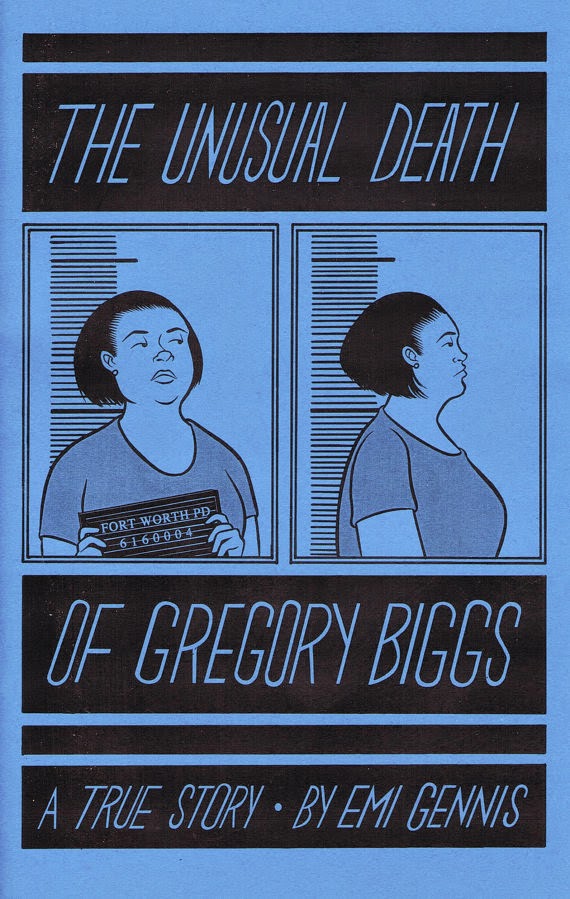 Death is an inevitability. All we can hope for when we die is to go with a certain level of dignity intact. What most often robs people of that opportunity is other people.

We're inundated and swaddled with horrific, undignified deaths on a daily basis thanks to a constant fecal stream emanating from a journalistic ethos more concerned with ratings than thoughtful, objective reporting. As a culture we become stupefied and callous as we find ourselves mixing up the name of the latest victim of brutality with one who died mere months ago because the list keeps getting longer.

But organized barbarism sometimes pales in the face of the individual act of savagery. Not only can people be horrible to other people, they can exhibit a brutishness and inhumanity that enters uncharted territory because they can, because they do, because they will. 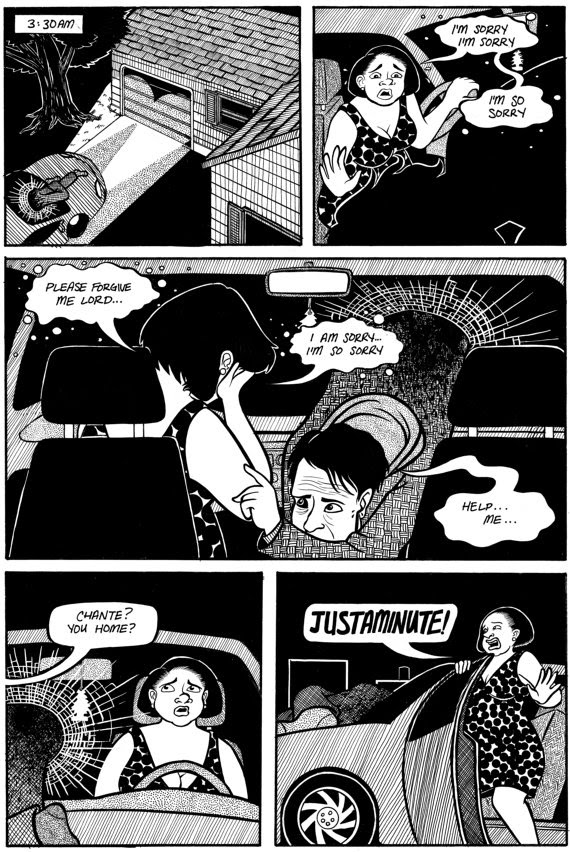 All fucked up on Ecstacy and other substances, Ms. Mallard smashed her speeding car into Mr. Biggs late one night on US 287, sending him careening half-way through her windshield. In Gennis' telling of the incident, Mallard then proceeded to drive home with Biggs still partly on her passenger seat, alive and asking for help. Parking her car in her garage, she proceeds have sex with her boyfriend, waiting until 9 AM the next morning to do anything about Biggs. Mallard then gets her boyfriend and his cousin to dispose of Biggs' body in a public park.

Three months later she jokingly refers to the incident at a party, and it is then that a someone finally informs the police and Mallard gets arrested for the crime. 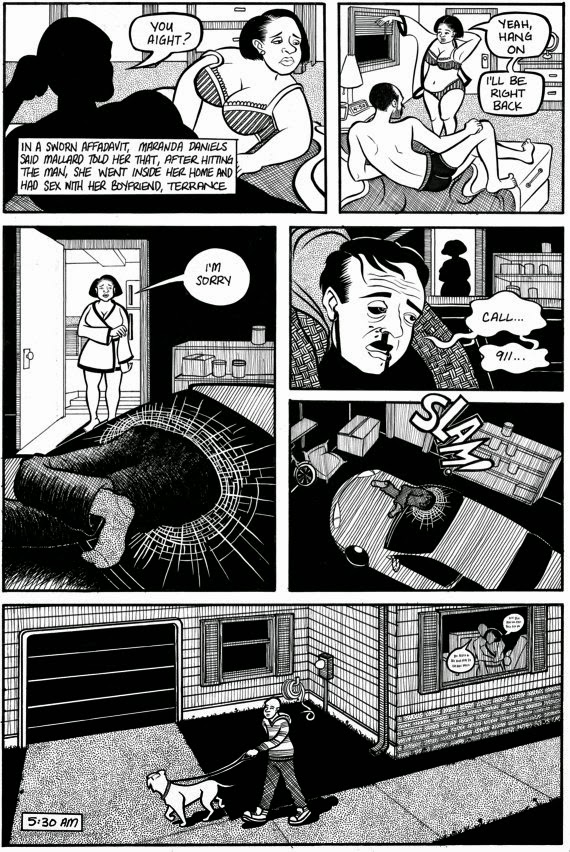 While the crime itself is loathsome and beastly, in Gennis' graphic retelling, the images she creates of Biggs' last moments are what give this comic its full emotional gravity. In a comic of only twelve pages, devoting the entirety of one of those pages to this moment could, in the hands of lesser artist, be gratuitous and pandering. But Gennis' has a light touch with her heavy inks, and this page, as it slowly darkens to black, demonstrates the potential of using sequential art to tell a story. Each panel on the page flows ponderously from the previous, slowing time as light fades dimmer and dimmer, the crosshatching gets thicker, as Biggs' eyes are the last bit of white on the page until the final panel is engulfed in total darkness. 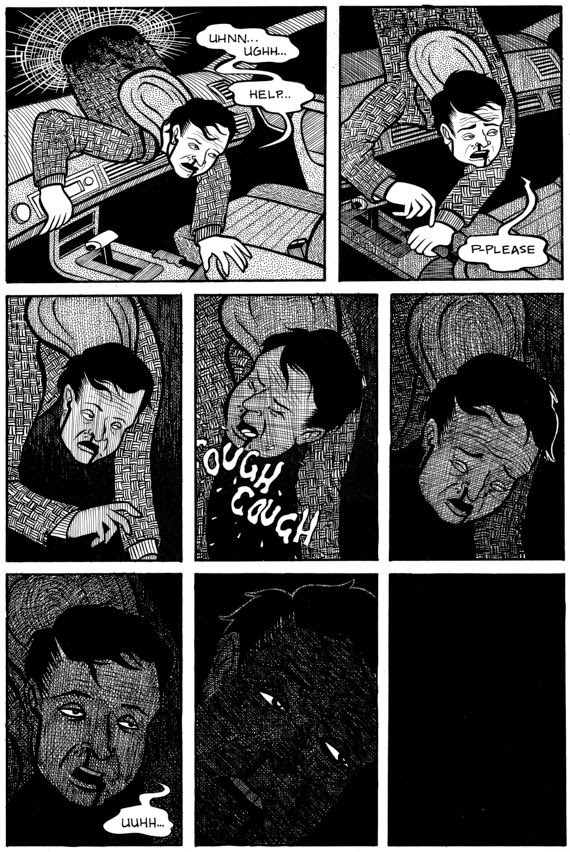 You feel this death while looking at this page, the pain of it, the slowness of it, but more importantly, the pointlessness of it.

Gennis does try to show the momentary remorse that Mallard feels at the time of the incident, but contrasted with Mallard's inaction and selfish focus, Gennis gives us Mallard's sad face punctuated by hollow eyes.

As a cartoonist, Gennis hits all the emotional beats in this story perfectly, her art echoes our own disgust with what we are seeing. The backmatter to this book informs us not only what ended up happening to Mallard and her co-conspirators, but also describes in detail many of the choices Gennis herself was faced with as an artist trying to tell this story.

The whole book is riveting because it is true, because of how its told, and because it reminds us that there will always be those among us who are boorish and savage and who think only of themselves no matter what that means for our lives.

Or for our deaths.