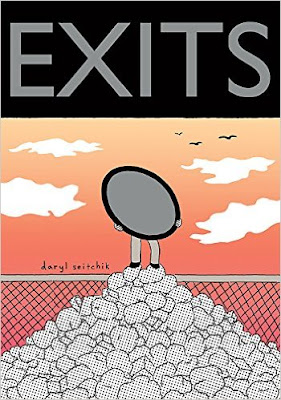 * Rob Clough reviews Daryl Seitchik's new book from Koyama Press, EXITS, in which "what it means to be seen in relation to one's identity, especially as a woman, is at the heart of this book." 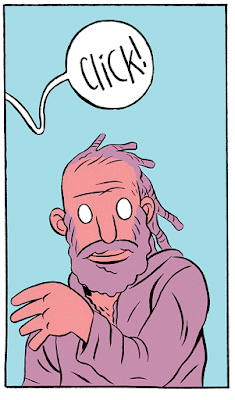 * Youth in Decline has neatly packaged a bundle of FRONTIER 2 - 14 in a bundle for you to buy for all the people you love this holiday season.

* From the MIT Technology Review comes this piece titled, AI MACHINE ATTEMPTS TO UNDERSTAND COMIC BOOKS ...  AND FAILS proving that machines are smart and comics are dumb.

I'm depressed. I can't write reviews right now. So, instead, for this week's
TINY PAGES MADE OF ASHES
on Comics Bulletin, I made a shopping list instead: 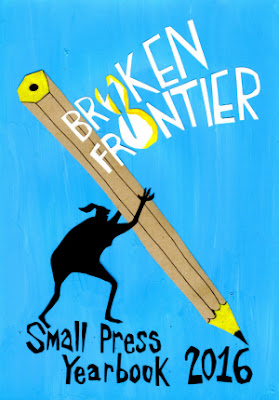 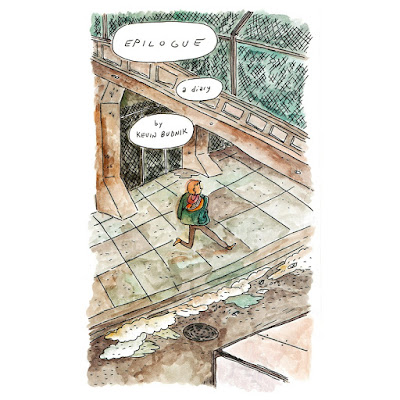 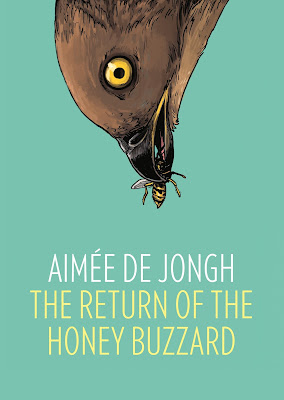 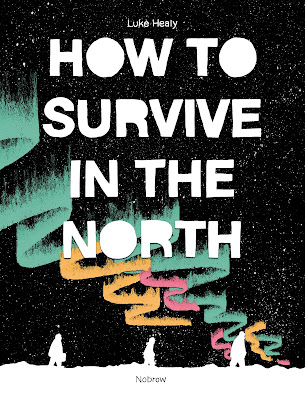 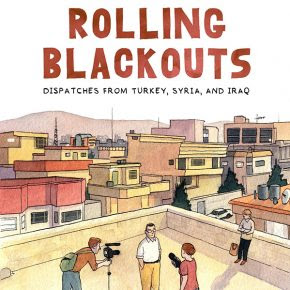 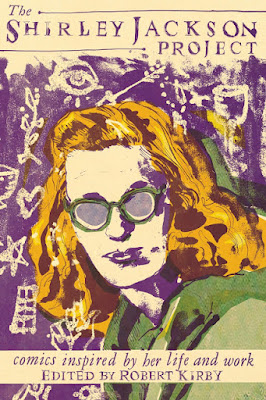 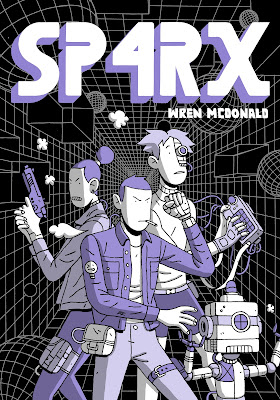 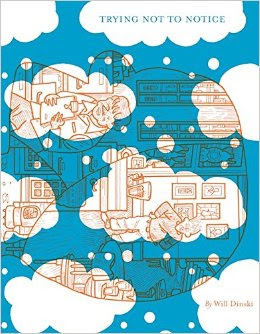 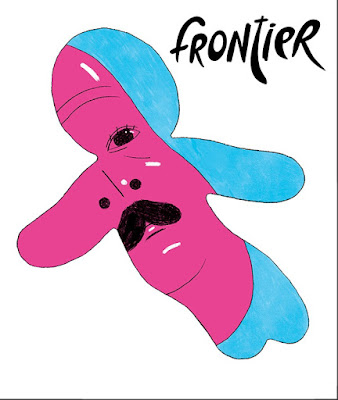 * Sacha Mardou's ON BEING A WOMAN IN THE MANLY WORLD OF DANIEL CLOWES is the sort of long-form criticism that we need more of.

* Kim Jooha's post on EUROPEAN ABSTRACT FORMALIST COMICS is an incredible repository of this sort of work and a primer as to what's going on.

* Rob McMonigal talks about Tillie Walden's webcomic, ON A SUNBEAM, and features some of its amazing panels.

* Tom K. and Jordan from Uncivilized Books are launching a new kid's comics imprint, ODOD BOOKS. Give their Kickstarter a gander and throw some cash their way.

* Robin McConnell interviews NOAH VAN SCIVER and SETH resulting in a fascinating conversation between the three of them.

* Glen Weldon's THE TERM "GRAPHIC NOVEL" HAS HAD A GOOD RUN. WE DON'T NEED IT ANYMORE.

* Nikole Hannah-Jones' THE END OF THE POSTRACIAL MYTH

*Nick Hanover's THIS IS OUR FAULT: WHITE PEOPLE NEED TO STOP ASKING FOR EMPATHY AND FIX OURSELVES.

* A Group of Editors over on Tablet have a post-election round-table discussion they title: IT'S "GIULIANI TIME" FOR AMERICA.

* And finally, this is strangely cathartic: 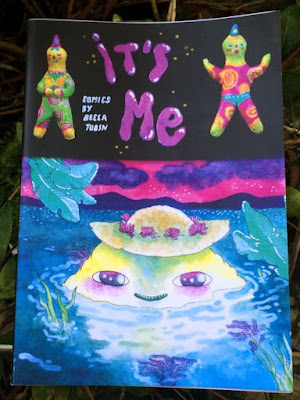 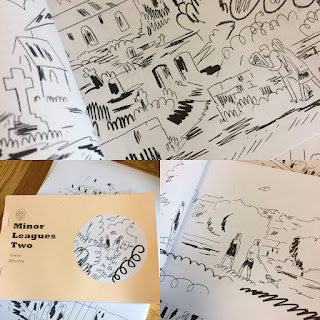 Reviewing new books from
Becca Tobin and Simon Moreton
while trying to claw my way out of this depression. 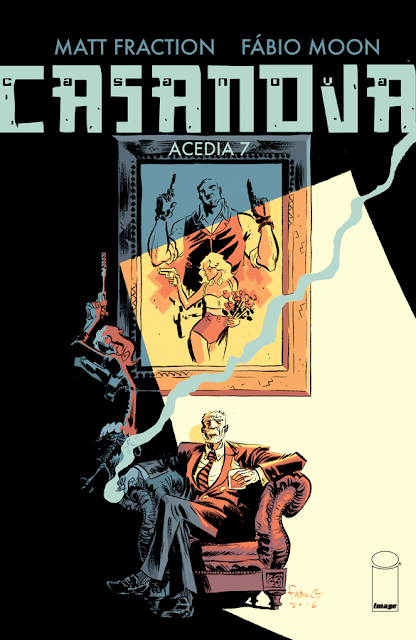 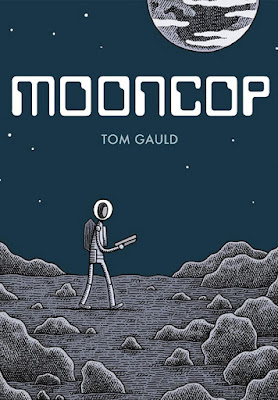 * John Seven reviews Tom Gauld's MOON COP, which he says is "about believing in something so much that you are willing to go through the motions of fulfilling a role that has no purpose in order to offer some concrete structure that proves it actually exists, even as other forces work against that hopeful fantasy."

* Andy Oliver on WHAT IS "HOME"? by Anja Uhren, a book that "invites us to consider how we characterise a concept thatt on one level embodies the most comfortable familiarity and yet on another proves to be nebulous and almost intangible in its definition."

* Shea Hennum's MOEBIUS AND BEYOND: AN INTRODUCTION TO EUROPEAN COMICS over on Paste.

* Phillipe LeBlanc takes a long and circuitous route in his review of Charles Forsman's REVENGER. It's fascinating, in a way, to witness this piece unfold and veer into unexpected places filled with sudden, off-putting tonal shifts and personal confessions that tighten your stomach in that kind of right-before-a-car-wreck way (also, just an opinion, but The Beat sure could use a copy editor).

* Tim Goodyear interviews SHAKY KANE. They chat about a wide range of topics, including Kane's new book, Cowboys and Insects.

* 10 CARTOONISTS REACT TO TRUMP WINNING THE ELECTION
No comments: 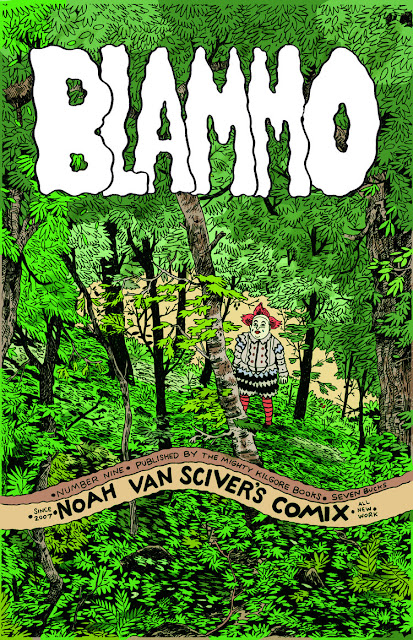 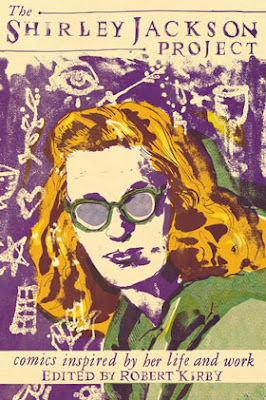 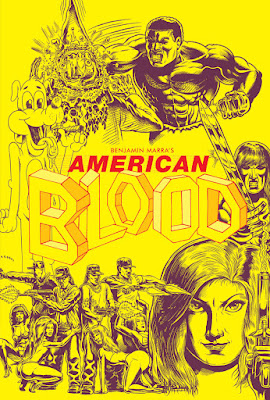