This zero issue serves as a sort of exposition explaining the history of the Valiant super hero team H.A.R.D. Corps. What Gage and Dysart produce, though, is an amazingly human story. They try to explain the hero in the concept, and, by doing so, speak to the heart of what it means to be alive. It's a story of intention marred by ambition, idealism sublimated by greed, humanity warped by ego – it's a surprisingly quiet, moving, and intense read from a book I expected to be full of guns a'blazing (though there are those here too).

The book is divided into decades as it follows the progression of the H.A.R.D. Corps program from its start during the Vietnam conflict to the 1990's when the program was decommissioned. H.A.R.D. Corps has always been military in intent, fostered by technology and patriotism – as time progressed and this story unfolds, though, the concept started to become more important than any ideals it once defined. In the process, over the course of these years, it is the human beings caught in its grasp that ultimately pay the price for being part of it. 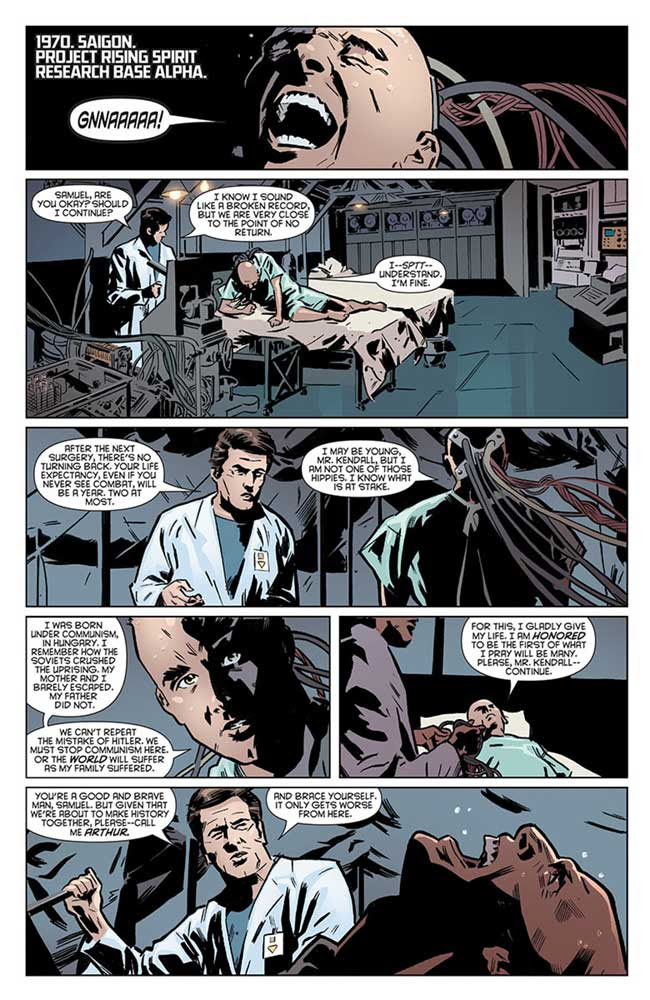 I was brought into this world thickly, emotionally manipulated masterfully in the intersection between words and pictures in these pages. Everyone working on this book seemed to understand that more often than not, a subtle touch can leave a deeper scar than a full-stance hacking ax. Of course, a full panel head exploding can provide the right punctuation to a whispered sentence – the creative team on this book here get it as well as they give. 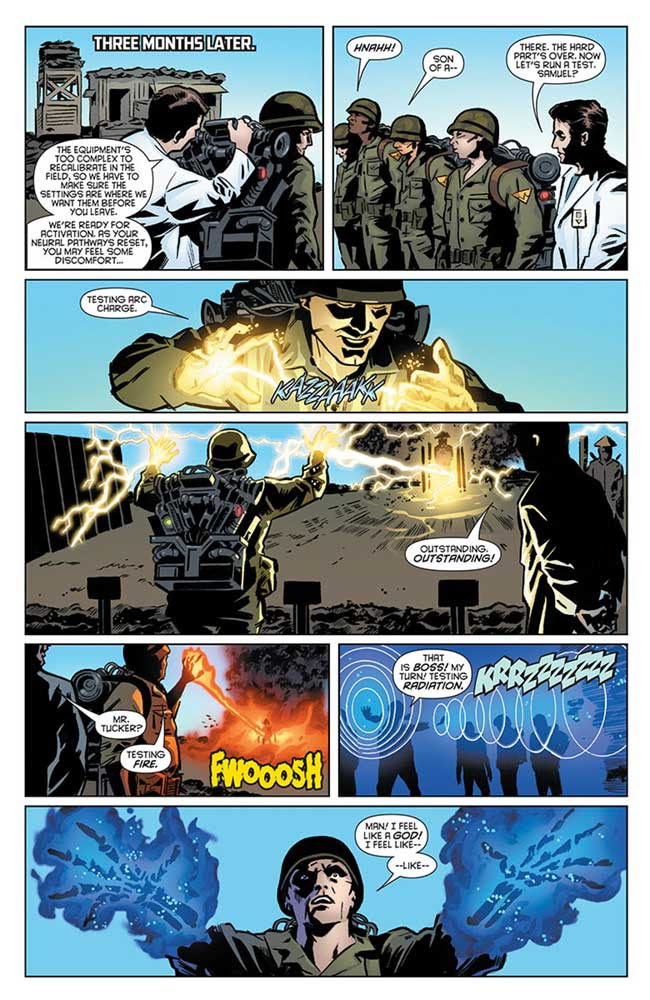 These Valiant zero issues are amazing little gifts from a company that obviously cares about what they are producing. They seem to understand that hiring incredibly talented people to create their books works best when they trust them to do what they do best, stay out of their way, and let them roll.