Silence and Co.
(Gur Benshemesh, Ron Randall, John Workman; Crystal Productions)
3/5 stars
If you like your disillusioned hitmen stories to be full of twists and turns, hot jungle action and gritty New York streets, political intrigue and financial shenanigans, then Silence and Co. may be right up your alley. This 176-page black and white page-turner is pretty much a straightforward retelling of a story that's been told before and before and even before that as well. From time to time it puts its own stamp on the expected walk-through, but for the most part you pretty much know what to expect from whom and when it's going to happen.

According to Crystal Productions' press release, the logline for the book is: "a young hitman takes on the world's most powerful criminal bank." And that pretty much sums it all up. Yep. That's what happens all right.
Hmmm.... 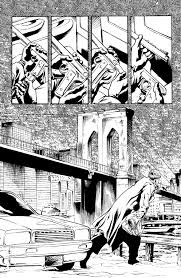 Writer Gur Benshemesh has put together a book here that pretty much reads like he really wanted to make a big budget action film. A matter of fact, if Silence and Co. were an action film, I'd probably go see it just to hoot and holler at all the bullets flying (and there are a lot of flying bullets in this book) and because I know I could fall asleep at any point during it and really not worry too much that I missed anything important.
You know.... because you've, like, seen it before. 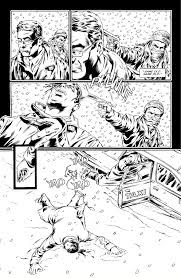 I don't want you to think that I didn't like this book. It is what it is -- perfectly serviceable. Ron Randall's pencil work is good, not great. He makes some interesting choices in terms of perspective from time to time, and he does a fine job crafting the obligatory sultry dame, sweaty guy, and side of the head exploding from a gun shot. It's not earth-shattering stuff, but it's not crap either. Just like the rest of this book, it's perfectly serviceable.
I wish there was more I could say about this book. Benshemesh certainly seems excited about it, and his enthusiasm is kind of infectious. If I was more of a fan of this genre, perhaps I could muster up more here, but I am having trouble distinguishing this book in any way. I guess I just want a little bit more out of my re-tellings of tired tales.
But that's me.