Inteview with David Hanh -- Creator of ALL NIGHTER from Image Comics.

Author's Note: This interview originally ran on Forces of Geek! 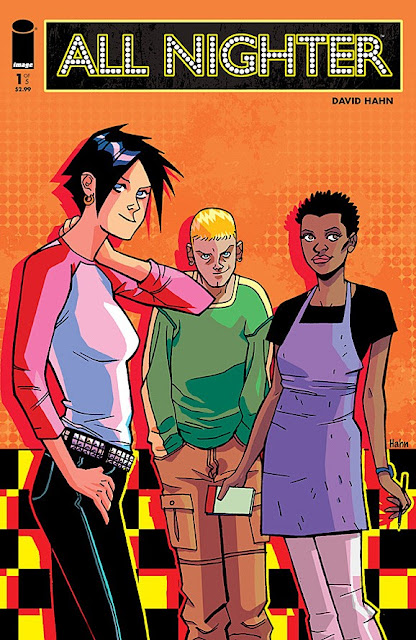 This June, Image comics is releasing a five issue mini-series called All Nighter, written and illustrated by David Hahn.

David's web site says this about the series:

Kit Bradley is a 20 year-old art student and petty criminal who knows it’s time to leave her delinquent past behind, but isn’t ready for the responsibilities of adulthood. Her social headquarters is an all night diner, and while trying to put the ‘off’ on an on-again-off-again boyfriend, she runs into an old flame, and an enigmatic loner named Martha, whose mysterious disappearance will alter Kit’s life forever. Created, written, and drawn by Eisner and Ignatz Award nominee DAVID HAHN, with lettering by Aditya Bidikar

David Hahn is pretty well know in the comics world for his work on Bite Club, Murderland, and Suicide Girls.

All Nighter was originally part of DC Comic's Minx imprint, which was DC's attempt to grab a greater share of the teenage girl comic book reading market.  Minx never got off the ground, though, which left All Nighter in a sort of limbo.

Luckily, Image Comics picked it up and we'll all get a chance to pull an All Nighter this June.

Forces of Geek! caught up with David this weekend and found out more about the new series, what it's like having a creator owned series, and what's next for him.

The complete interview and some preview pages for All Nighter after the jump.


FOG!: In a nutshell, what’s the sales pitch for All Nighter?

David Hahn: Kit Bradley is a brash, part-time cat burglar and full-time art student who hangs out with her friends at a 24-hour diner they refer to as ALL NIGHTER. Kit is forced to grow up quickly and take charge when an acquaintance disappears and Kit is listed as the missing girl’s closest relation. 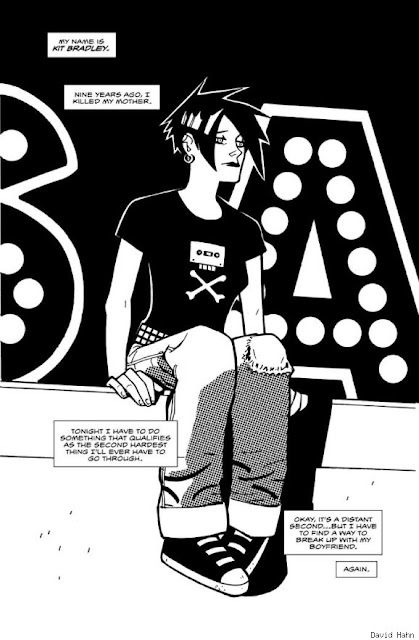 David Hahn: I’d say anyone who likes well-rounded characters in comics. It was originally to be marketed to teenage girl readers, but I did not specifically write it to only appeal to that market.

David Hahn: I was first published in comics as a creator/writer/artist with my b/w comic PRIVATE BEACH, (Antarctic Press in 1996, then Slave Labor Graphics in 2000), by 2002 I was doing work for Vertigo at DC, then Marvel, then back to DC and some Dark Horse. 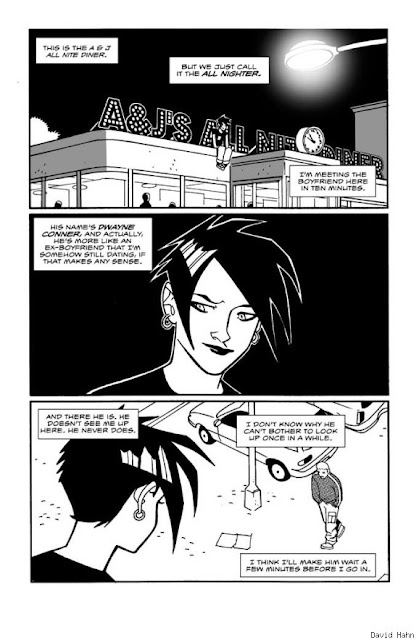 FOG!: It’s my understanding that All Nighter was originally to be part of DC’s Minx line, can you talk about what happened there and how you felt about it?

David Hahn: I was certainly disappointed to get the phone call from my editor Shelly Bond saying the whole line had been cancelled, just as I was putting the finishing touches on the final pages. When DC eventually decided not to renew the license for the property, arrangements were made so that I could publish ALL NIGHTER through Image Comics.

FOG!: How did All Nighter end up with Image?

David Hahn: Very soon after news broke that the Minx line was terminated, Image publisher Eric Stephenson contacted me offering to publish the book. I had wanted to publish something with Eric at Image for years, so this was a perfect opportunity.


READ THE REST OF THE INTERVIEW ON
FORCES OF GEEK!