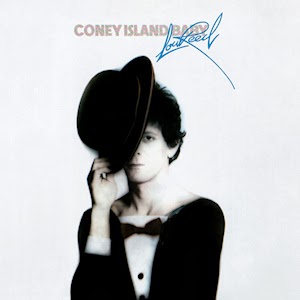 After Metal Machine Music, it's pretty amazing RCA let Lou make another album -- but contracts are contracts and so was born Coney Island Baby.

Lou was still pretty heavy into his speed habit at the time, but this album brought him back to some pretty good songwriting. There's a nonchalance to his singing on Coney Island Baby that rambles between slurring and spitting. It's an album of detachment with a backbeat.

Kicks – it's like your hanging out at some intimate gathering of sorts (nobody invited you and you're not sure why you're there) in which Lou is sitting on a couch in the corner narrating this. Some nice guitar noodling work here. I really like Lou's singing on this one, too.


A Gift – Lou had some real issues with his sexual identification. Bi-sexual isn't really the right label for him during this period of his life. So when he declares himself "a gift to the women of this world", it's hard to figure out what he means exactly by the word, “gift”. Is this macho swaggering or something more ironic or mean-spirited? Lines like: “It's hard to settle for second best / after you've had me, you know that you've had the best” can be read on a couple of different levels. It's a perplexing song – either tongue-in-cheek or thickly profound.


Nobody's Business – This one comes on with rising expectations and settles into a odd little bass groove. Lou kinda messes with the tempo in his singing, as he is wont to do. It works well with this song and is kind of endearing for a “Get the fuck out of my face” song. "Hey now baby, I'm gunna have to raise your price."