Poets You Should Know -- RAY GONZALEZ 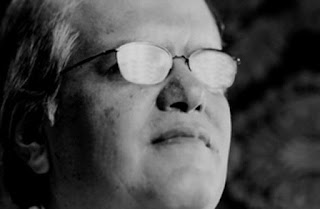 The work of award-winning poet and editor Ray Gonzalez is inextricably linked to his Mexican ancestry and his American southwestern upbringing. Born and raised in El Paso, Texas, Gonzalez has employed Chicano imagery in his poetry, oftentimes alluding to America's indigenous past, and particularly to the southwestern desert cultures. Gonzalez has published several collections of his poetry and has served as editor of several anthologies of writings, most of which emphasize the contributions of Chicano authors to the literary scene. These anthologies, including 1998's Touching the Fire: Fifteen Poets of Today's Latino Renaissance, provide a medium for many up-and-coming Latino writers to get their work to the public. Another of his anthologies, Without Discovery: A Native Response to Columbus, includes essays by a host of indigenous writers who refute the notion that Christopher Columbus was the discoverer of the New World.