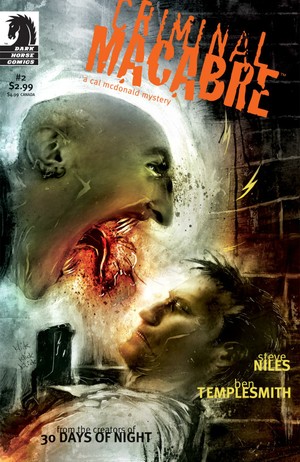 Steve Niles seems to have a love/hate relationship with monsters. He obviously loves them because so much of his work features horrific creatures doing horrific things in a horrific manner to people who are just plain horrified that these things are happening to them (horrificly). But he also seems to hate monsters, because he always finds a way for his heroes to kick their asses.

And nobody kicks monster ass quite like Cal MacDonald, the star of Niles' horror comic series Criminal Macabre. Cal has kicked the asses of all kinds of zombies, vampires, possessed muscle cars, mad scientists, werewolves, demons, freaks, and misshapen nightmares while he drinks, smokes, pops, shoots, and gobbles all sorts of psychoactive substances in an attempt to either numb his brain or put him in the proper head space to deal with endless hordes of monster asses that still need kicking.
Throughout the run of the various Criminal Macabre incarnations, Niles has had the great fortune of working with artists who can truly bring his sphincter-tightening nightmare visions to life. Artists such as Ben Templesmith, Kelly Jones, Kyle Hotz, and, most recently, Christopher Mitten, have taken Niles' monstrous ideas and detailed them on the pages of Criminal Macabre with ferocity and dread and all those tingly emotions you feel when you know something is about to scare the living (and undead) shit out of you. 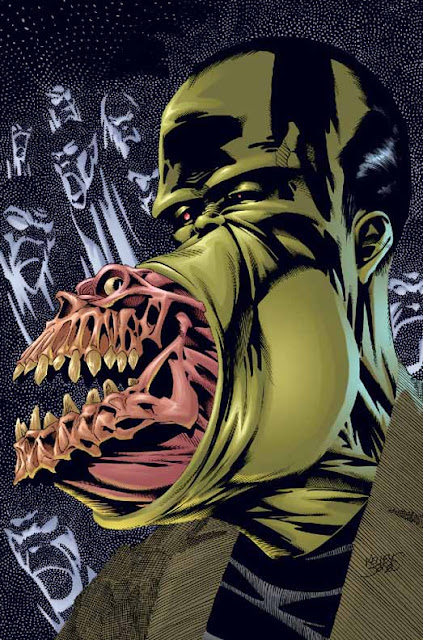 And that's the great thing about Criminal Macabre. When a particular type of monster starts to lose some of its creepiness and fear inducing power, BAM, Niles throws some new vicious creature at your face guaranteed to make you consider, however briefly, either throwing the book across the room while jumping up on the couch making an EEEK noise, or clawing your own eyes out with your freshly gnawed on from stress fingernails.

You want Monster Comics? Niles has got you covered.