Poets You Should Know - David Berman 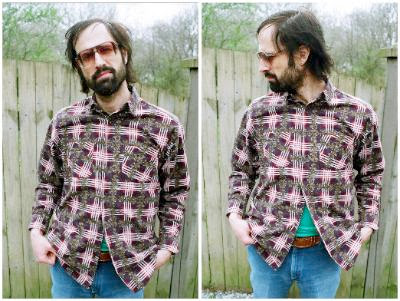 David Berman was a teenager in Dallas, Texas in the early 80's.
Personally, I feel that this experience warped him into the man he is today.
He was the frontman for his band, The Silver Jews.
He doesn't do that anymore.
He is a poet and he updates a blog occasionally.
After the jump, you will find one of my favorite poems from him.

Snow
Walking through a field with my little brother Seth

I pointed to a place where kids had made angels in the snow.
For some reason, I told him that a troop of angels
had been shot and dissolved when they hit the ground.

He asked who had shot them and I said a farmer.

Then we were on the roof of the lake.
The ice looked like a photograph of water.

Why he asked. Why did he shoot them.

I didn't know where I was going with this.

They were on his property, I said.

When it's snowing, the outdoors seem like a room.

Today I traded hellos with my neighbor.
Our voices hung close in the new acoustics.
A room with the walls blasted to shreds and falling.

We returned to our shoveling, working side by side in silence.

But why were they on his property, he asked.

This poem (and others) can be found in his collection, Actual Air