In the Shadow of the Apocalypse: Fred McNamara reviews WE HAVE TO GO BACK by Jordan Alsaqa and Sally Cantirino 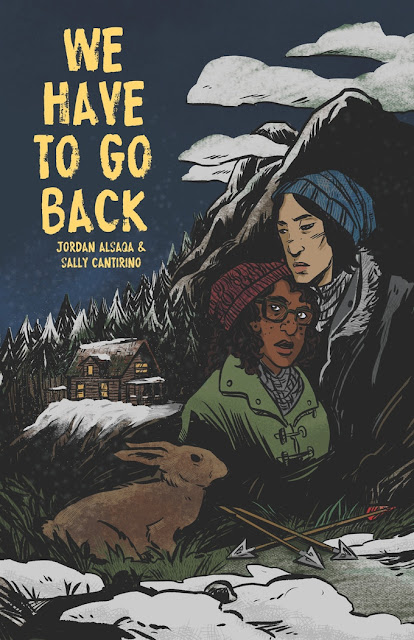 The emotional fallout of an apocalyptic event is a tried and tested formula in character-driven storytelling. The urgency of the disastrous situation flings characters into emotional turmoil, at times forcing them to come to terms with their own mortality. It’s refreshing, then, to find that Jordan Alsaqa and Sally Cantirino take the apocalyptic narrative a step further with We Have To Go Back. This is a comic who’s story is driven by an undisclosed disaster, but it’s not about the disaster at all. Such is the level of detachment We Have To Go Back has to its own propulsive event, i.e. the specifics about what exactly has happened that displaces Jo and Katie from their lonely town to the neighboring desolate woodland.

Instead, the story is about the unplugging and reconnecting of Jo and Katie’s romantic relationship. Across the comic’s brief 39 pages, Alsaqa’s story takes the reader across the ebb and flow of We Have To Go Back’s emotional current. The story is split between two points in Katie and Jo’s relationship, with the bulk of the story placed during the pair’s fractured, tumultuous time in the woodland, post-disaster. The other half of the comic takes place prior, positioning Jo and Katie’s relationship in happier times. 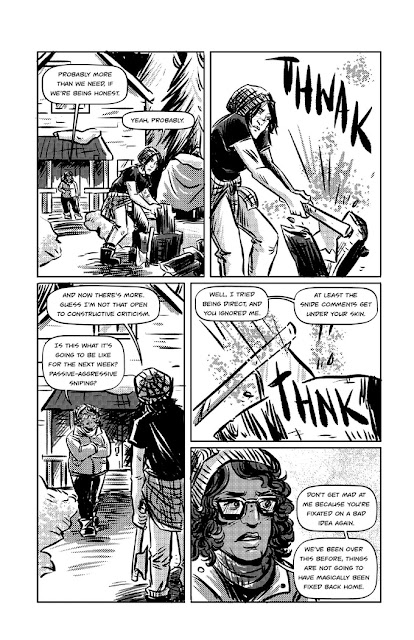 Cantirino’s artwork illuminates these contrasting moods effortlessly. Produced in a newsprint-esque fashion, her black-and-white linework carries the stark immediacy of the story. She captures the torn nature of Katie and Jo’s relationship by often drawing them separate from each other, either because of their bouts of sparring or separated because of the panel structure. It’s a powerful visual nod towards the damaged attitude Katie and Jo have for their relationship, how it has dissolved into an antagonistic affair, as Katie becomes fixated on returning to their desolate town while Jo wants to remain within the confines of the safety of their makeshift home. 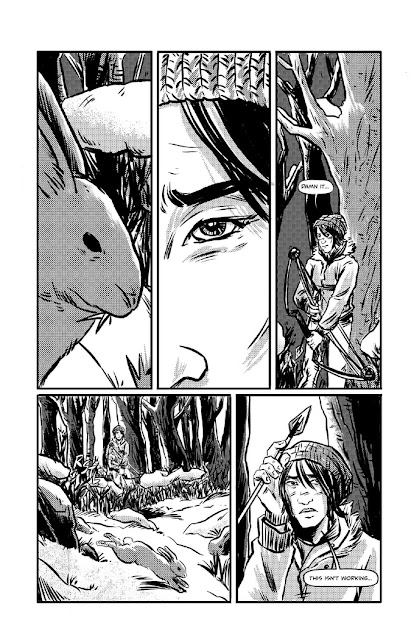 What’s harder to pin down is the nature of the incident that triggers the breakdown of Jo and Katie’s lives. As previously mentioned, the incident itself is minimal compared to the real focus of the comic, yet is that a justifiable excuse for not giving the disaster a tangible sense of scale? Such is the skeletal amount of information presented to the reader regarding the disaster itself, so much so that it becomes awkward to try to give it a sense of its enormity. It throws the comic into a tonal limbo that’s salvaged only by that lack of information, delivering a haunting, unknown edge to the disaster.

Still, We Have To Go Back’s focus is firmly on its characters, and it never loses sight of that. Cantirino and Alsaqa fuse their skills together in the comic’s final arc when Jo finally agrees to allow Katie to return to their town in search of supplies. As Katie departs, Jo experiences an epiphany that rescues their relationship; she realizes that Katie’s encouragement for her to stray from her comfort zone has been a key factor in their relationship. This revelation is the culmination of the comic’s zig-zagging narrative construct, and Katie and Jo slip back into each other’s arms via Cantirino’s connective art, which, here, finally shows the duo closer together in the same panels. It’s a reflection of their loving nature for each other and for the rescuing of their relationship. 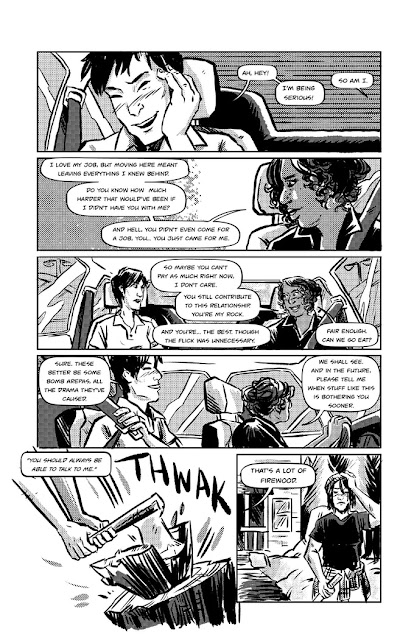 It’s quite creatively satisfying to see an artist and writer work in tandem like this to ensure that the story and the characters they’re creating are delivered with as much of an emotional impact as Cantirino and Alsaqa have here. So often in the comic’s interior pages, writer, artist, letter, etc distinguish their roles as such. Yet with We Have To Go Back, the duo credit themselves as joint creators. The cohesion in the comic’s intertwined visuals and narrative is a testament to that.

We Have To Go Back is a tense, unfolding read, bolstered by intricate artwork and in-tune moods from its characters. Alsaqa’s empathetic characterization and meticulously constructed, character-driven story ensure that the reader pays heed to Katie and Jo’s clashing frames of mind. Cantirino’s art relays the subtle intensity of Katie and Jo’s situation well, but it is delicate enough to convey the more intimate moments of the story. Cantirino proves she’s equally effective in sketching out barren, open landscapes that mirror both the distance Jo and Katie have for each other and the uneasy nature of the disaster that throws the pair out of their comfort zones. 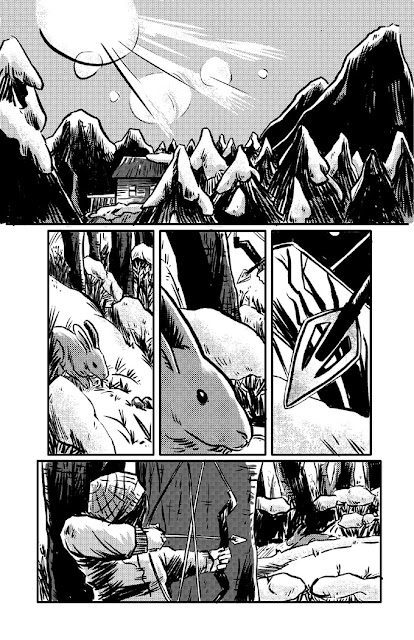 We Have To Go Back is less of a story and more of an in-depth testing of the romance between its central characters. That level of focus on the comic’s players, the unresolved nature of the apocalypse that kickstarts the story, and the minute number of characters itself require a skilled set of hands to make sure We Have To Go Back hits all the right emotional beats. Alsaqa and Cantirino, coupled with editor Danny Lore, deliver a bare, heartfelt tale of the survival of love in the shadow of a threat larger than life itself.