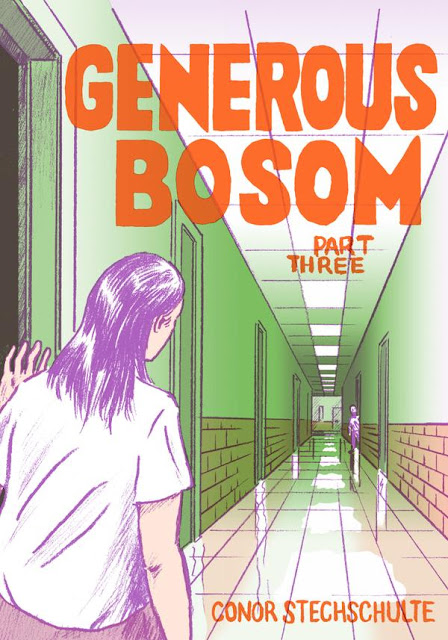 Where do your ideas come from?

It's the most basic question, of course, and one that all novelists, artists, filmmakers, poets, and cartoonists (among others) hear all the time. I would imagine it must get pretty frustrating -- after all, it's both the easiest and most difficult thing in the world to answer.

The easy answer to this question is: "well, from my brain, of course." But that easy answer leads to some difficult follow-ups that are as inevitable as they are ever-more-specific: “how do they get into your brain? What experiences gave rise to them? If your ideas are about things entirely outside your experience, how did they come to you? What influences gave rise to them? Why are your specific ideas different to those influences?” It's like Russian dolls or something -- it literally never ends. 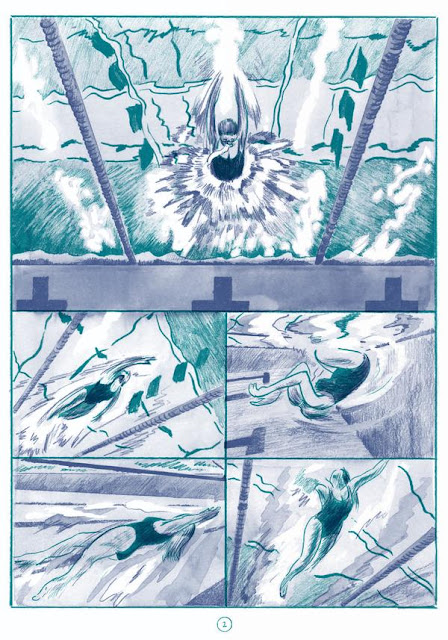 Seriously, how could I not? After all, his annually-issued ongoing comic psychodrama, Generous Bosom, is so intricately plotted, both visually and narratively, down to its smallest, most minute detail, that I am genuinely curious to know how much of what we're seeing unfold came to him fully-formed in flash of inspiration and how much is being improvised, "felt through," as he goes along. I'm well and truly dying to know, even if the answer would give away part of the mystery -- but, to be honest, I don't think it would, given the sheer conceptual density of this work.

Who, apart from the cartoonist himself, could possibly have foreseen how we'd end up in the latest installment, 2018's Part Three (to say nothing of where we find ourselves by the time it's over) from this comic's insular, scaled-down introduction at the outset of Part One? It seems like so long ago that our "everyman" protagonist, Glen, was humble-bragging to his pal about an unusual sexual liaison over a beer. Since Stechschulte's endlessly-inventive visual "cueing" showed us where and how the story as related via that barstool deviated from the actuality of what happened the night Glen found himself in bed with the vaguely-traumatized Cyndi with the full permission -- hell, at the insistence of -- her much-older and sexually-impotent husband, Art.

From there, it's been an endless series of out-of-left-field and often contradictory body blows that shuffled back and forth between the present day and Cyndi’s teenage years. It's been a truly dizzying ride -- and all that was before the bottom fell out of everything at the end of Part Two, when we learned that all of this may be part of something much larger than most (hell, any) readers ever could have guessed at. 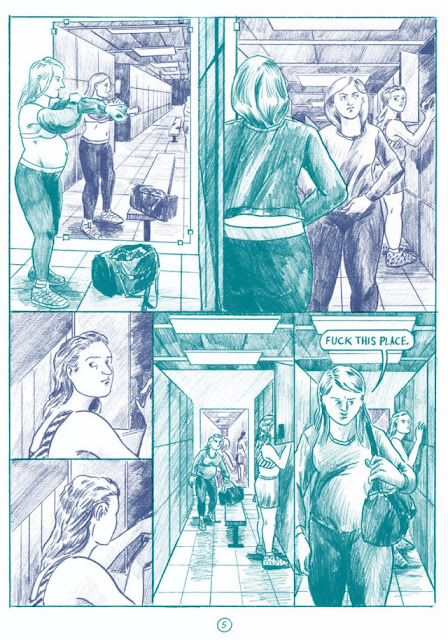 New characters are introduced whose reasons for being involved in the story aren't apparent until later; the reliability of the "memories" we've been privy to is shown to be very "iffy" indeed; political machinations of both the broadly conspiratorial and the disturbingly prosaic variety are hinted at; a key character may not be an actual individual, but an amalgamation of two different people coalesced into a single figure in the mind of someone else. We're in serious "MK-ULTRA" territory here, or so it would seem -- but at this point I'm not willing to say that what seems to be and what is are one and the same in regards to just about anything.

Somehow, though, I'm still hanging on to the hope that the relationship (whatever its actual parameters may be) that we see forming, uneasily, between the now-temporarily-paralyzed Glen and Cyndi holds not only the answers to what we're seeing play out, but maybe even the possibility of something approximating redemption. Yet, mostly what I'm left with in terms of having a grip on what's happening -- and it's a fingernail-straining grip, trust me -- is the glorious feeling of complete unease that Stechschulte so masterfully weaves. This is a work that leaves me wonderfully perplexed as to not only where I am (or might be) within it, but where I am in relation to it. Who we're supposed to sympathize with, for instance, is fairly clear, but is there anyone we're really meant to like? What are the motivations of most of the various players? How long has this scenario been planned out? To what end? Who benefits from all this, how do they do so, and why? 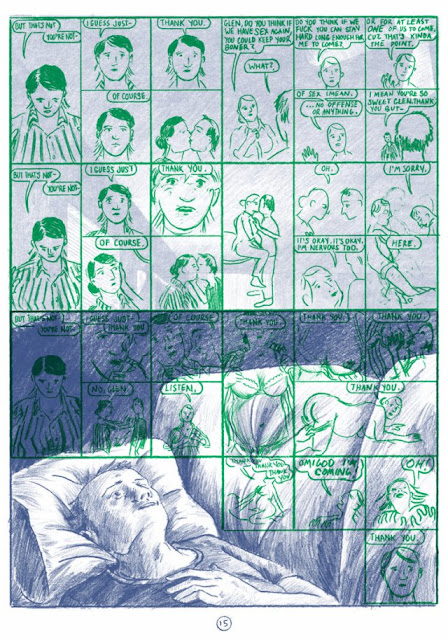 One thing I do actually know is that Stechschulte's cartooning is so remarkably attuned to the visual language of sequential storytelling that his pages are a master-class in form and function rivaled only, perhaps, by the work of David Mazzucchelli. His layouts, his structure and blocking within panels, his subtly emotive facial expressions, his intricate linework -- these all tell so much of  the story -- and when you're jumping around from past to present, from location to location, from reality to potential unreality the way this book does, the ability to communicate all this to the eye of the viewer in a way that intuitively draws you in rather than just confuses the living shit out of you takes more than mere “skill,” it takes vision. The essential contribution of the riso printing performed by publisher Breakdown Press plays a huge part in the efficacy of this comic as well, it has to be said. The colors communicate where and when we are (or, again, are at least meant to think we are), and I'm assuming those printing choices are in line with the cartoonist's directives. Those directives are, in a word, flawless. Which is a pretty fair summation of this book's entire aesthetic presentation, now that I think of it.

So, yeah, I know that much, but beyond that all I want to do -- hell, all I can do -- is ask: Conor Stechschulte, where do your ideas come from?