Books in Bites 7: Three Comics Worth Your Attention 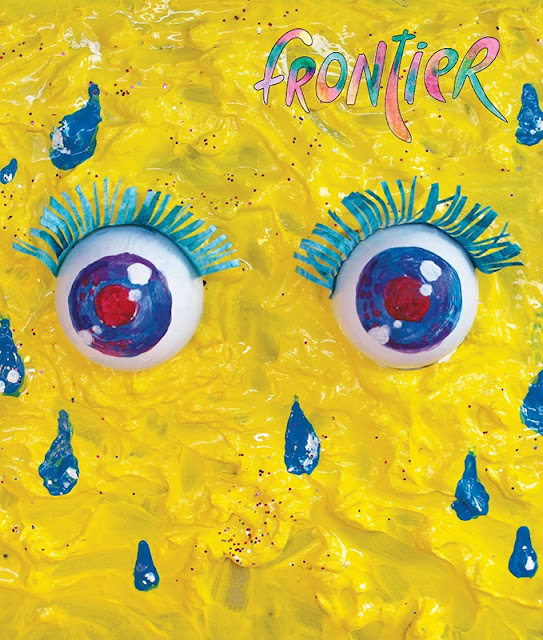 Frontier #9 is a golem story. According to Alden Oreck’s article about The Golem, “In Jewish tradition, the golem is most widely known as an artificial creature created by magic, often to serve its creator. In Hebrew, 'golem' stands for 'shapeless mass' and according to Talmudic legend, Adam is called 'golem,' meaning 'body without a soul' for the first 12 hours of his existence.”

In Becca Tobin’s new book from Youth in Decline, the golem is called Saltdough.

Becca Tobin’s Frontier #9 is about when art becomes a burden to the artist. It is about how fame and success are antithetical to creativity. It is about how a creation can consume the creator to the point where the original intent disappears entirely.

Much like a golem, success in art can devour the artist. It can suck you dry then erase you completely. 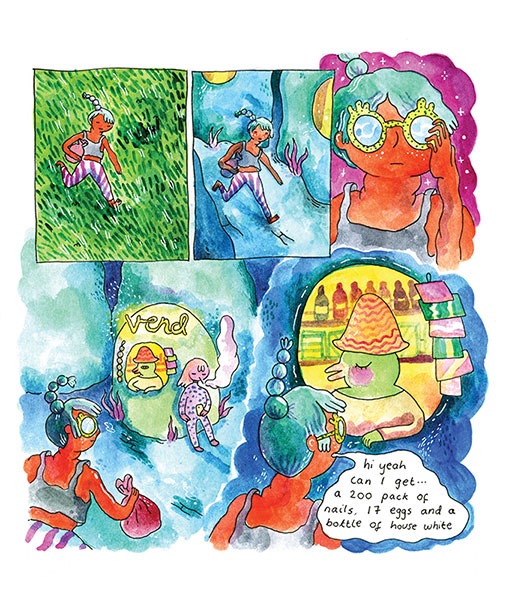 Tobin explores all these ideas in beautiful and graceful watercolors. There is a deceptive lightness to her panels that washes in color and perspective. Even her writing seems to come from a place of innocence and glee. But Tobin is playing the bait-and-switch, her joyous pages are a bamboozle, as her themes and purpose work in darker hues.

It is in this turnabout that heightens the bite of what could misconstrued as pedantries. There’s more of an appeal and an empathy at the heart of Tobin’s work here, more so than one of those envy-driven admonitions against the price of successfulness. It’s gentle and it ends with what appears to be a solid statement, but in such it leaves the door open just ambiguously enough that Tobin is asking for you to step inside. 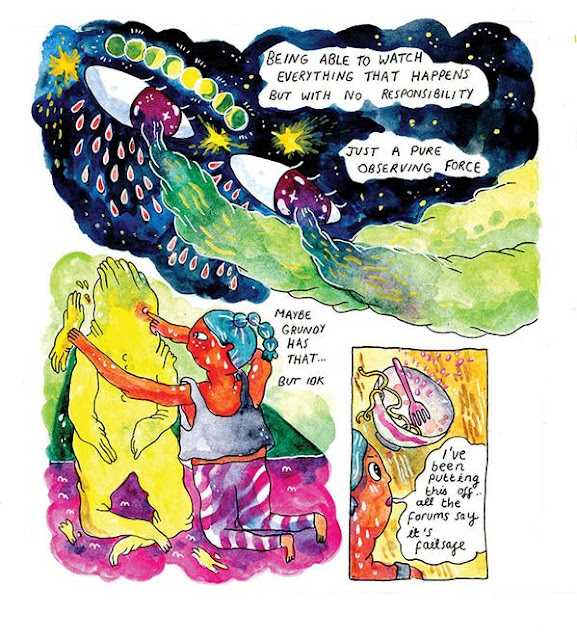 It’s a thing of beauty.

You can pick up a copy of Frontier #9 here.

A STORY FOR DESMOND by Jason Walz
Published by Tinto Press
Available Here. 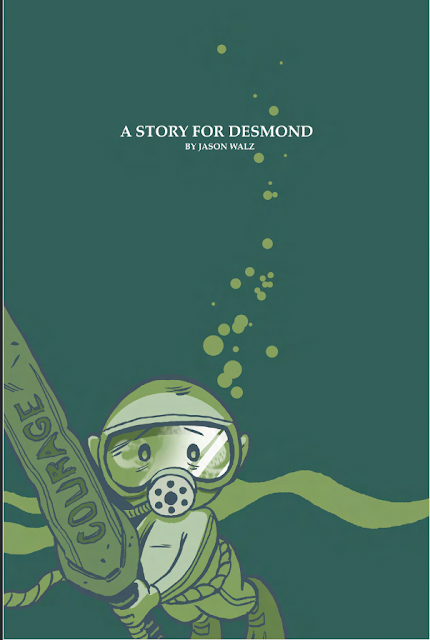 I’m glad this book is being published because it gives me another reason to re-read Jason Walz’s Eisner-nominated Homesick, a book I love for all the things that can be said about comics. Tinto Press calls A Story For Desmond a “(sort of) Epilogue” to Homesick -- which it is, but it also stands on its own as a complete work.

Walz describes his A Story for Desmond as, “A parent explains the loss of a grandparent, her legacy and hope for the future to a very young child through the telling of an adventure that spans the depths of the ocean to the farthest reaches of space. From loss, so much can be found.” And it is that entirely and completely. 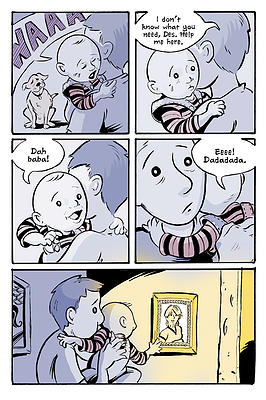 It’s an all-ages book in the truest sense, as I can’t think of a single age demographic that couldn’t get something out of it. It’s both joyous and darling without being precious. Like Homesick before it, everyone will bring something of themselves to the book.

Yes, Walz says, “From loss, so much can be found,” and this is the working motif of this comic. The book is stocked with the stories we tell to each other and ourselves to help us make sense of the world, to understand that we come from somewhere, that our sense of self is formed from those that have passed us the baton. It also stresses the obligation of a parent to a child and how that obligation can be what grounds us or give us purpose. 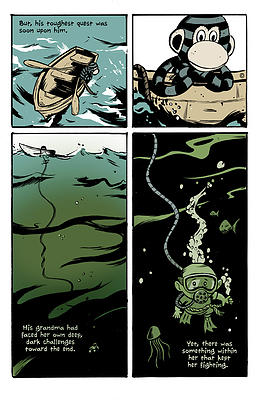 A Story for Desmond is a soft comic, gentle in reading, beautiful in execution, and purposeful in its sense of place and intent. While maybe not as profound as Homesick, it brings to the fore all the heart of its predecessor.

You can grab a copy of A Story for Desmond here.

30 MILES OF CRAZY: ANOTHER ROUND
by Karl Christian Krumpholz
Published by Drunken Tiki Comics
Available Here. 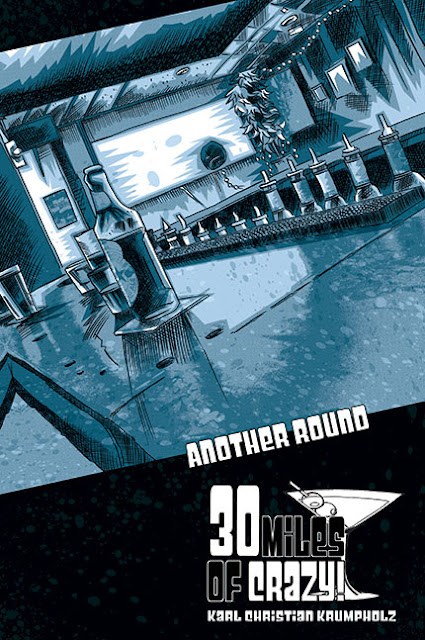 30 Miles of Crazy: Another Round picks up where the last collection of 30 Miles of Crazy left off, which, of course, makes sense as these are diary comics (in a way), or, as Karl Christian Krumpholz characterizes them, “true-ish tales of the bars, characters, denizens and derelicts of the City and Other Low Places” based around (for the most part) the 30 mile stretch that is Colfax Avenue in Denver, Colorado.

Once again, Krumpholz is finding the pulse of each place he goes. He overhears just the right turn of phrase that encapsulates a person’s being, a place’s vibe, a moment’s truth. Often times it is from the mouth of those whom society has pushed out of its embrace that we see how truly absurd our daily concerns are. When we go to an “out of the way” place, we re-evaluate what is “in the way” as it were. When you step out of your comfort zone, sometimes you finally find a new path. 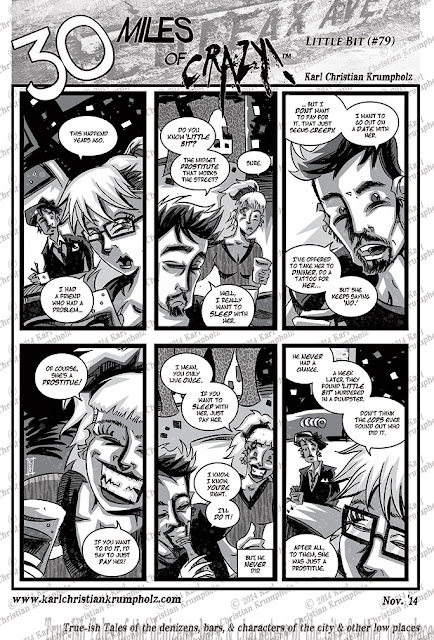 So while 30 Miles of Crazy is filled with moments that are bonkers, with people that are off-kilter, and with places that you might think twice about walking into, Krumpholz parses each page with affection at a distance, celebrating instead of mocking what he is chronicling.

As so much of today’s commentary comes at the expense of an ironic turn of phrase, 30 Miles of Crazy is a welcomed relief. 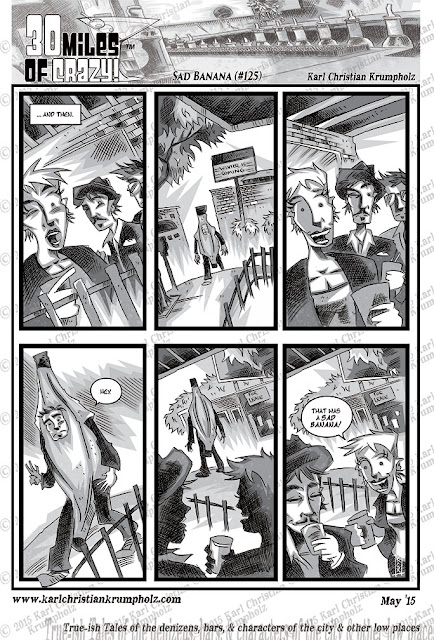 What Krumpholz is narrating are the experiences that operates at the margins, and sometimes, really, that’s the most interesting place in the world to be.

You can pick up a copy of 30 Miles of Crazy: Another Round here.