My Continuing Crisis: Writing on CRISIS ON INFINITE EARTHS 11 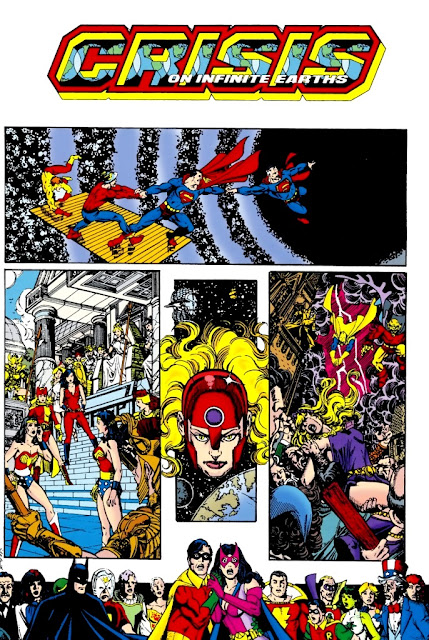 The narrative conceit that has been guiding this rudderless ship for so long has finally crested whatever intellectual wave it had been riding and has begun to surf the face of profundity. Infinite Earths have coalesced (seemingly) into one, leaving not only destruction in its wake, but also the clarity engendered by complete confusion. Heroes are left unsure of their purpose as much as they are unsure of their identity.
Wolfman is working in the world of what it means to be human and the nature of personality. He posits the a prioriassumption that our sense of self is initially derived from the sum of our experiences — that we are who we are due to everything that has happened to us along the way. He then brings to fore the question of what happens to an individual’s sense of who they are if all of those experiences are completely erased and the individual can no longer look to their past to understand their present.
What happens, at least in this ridiculous instance here in Crisis, is the individual confronts the abyss. They have, for lack of a more accessible lexicon, a complete existential breakdown.