My Continuing Crisis: Writing on CRISIS ON INFINITE EARTHS #4 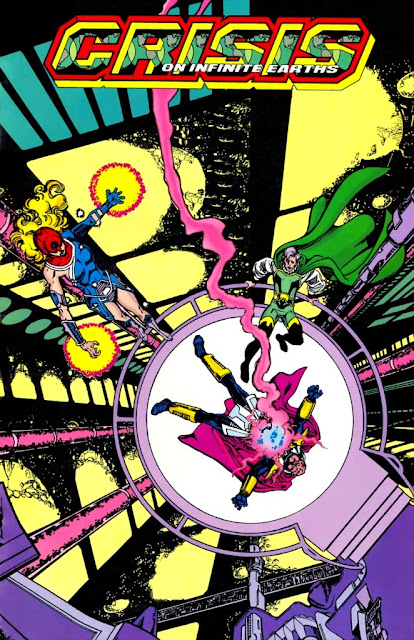 "Crisis #4 is certainly a turning point in my understanding of why these books resonate with so many fans of these sorts of comics. I mean, dig that five panel scene with Wonder Woman in which Wolfman kind of explores the complex nature of the relationship between a mother and her daughter. And then there are the last three pages of this book which are as beautiful as they are powerful. Wolfman steps out of the way and lets Perez do the storytelling as we bear witness to the annihilation of universes on a cosmic scale.

I found myself raising my glass at the end, not so I could suck it dry in a desperate attempt to drown my horror, but rather as a toast to something grand and something compelling. "