Have you ever noticed how happy your dog is when you take it to the dog park? Tail wagging, tongue lolling, spark in the eye, jumping, chasing, barking to his heart's content – he's happy because, at last, he's among his own kind. The same goes for timid old ladies at a Teddy Bear Convention, heavily inked Suicide Girls at a Tattoo Expo, Dudes and Walters at Lebowski Fest, Bronies at Bronycon, Juggalos at The Gathering, Rednecks at the Daytona 500, even fans of The Rock-Afire Explosion have their own safe places where they can let their freak flags fly among others without having to explain, justify, or underplay. Fandom survives because of community – the more marginalized the group, the more important that sense of belonging becomes.

Thus it is with those of us who are incredibly fond of small press comics. Luckily, we have our own gathering places as well. 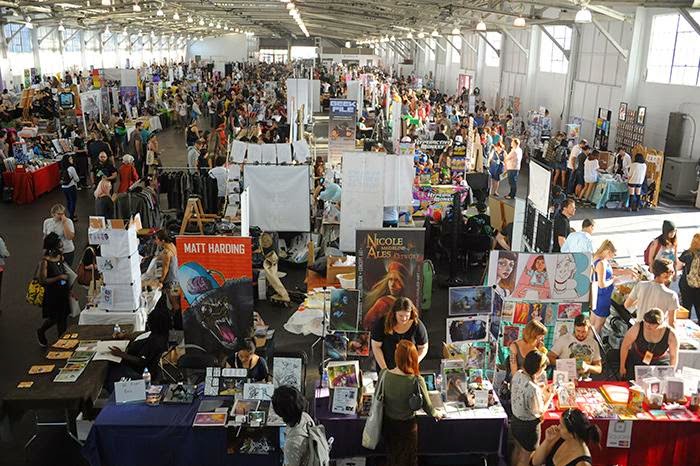 The small press convention scene has never been more active or vibrant. This year I drove to the Alternative Press Expo in San Francisco and flew out to Comics Arts Brooklyn in … well … Brooklyn, and both joints were jumping. The enthusiasm of exhibitors and patrons alike throbbed through the buildings at these shows, like the bass line of “Cosmic Slop”. It was impossible not to be caught up in it.

Much like the great bookstores around the world, these conventions give people the opportunity to discover fantastic new books that they would otherwise have no idea existed, like Bunny Man: My Life in the Easter Charade by Sean Seamus McWhinny or Towards a Hot Jew: The Israeli Soldier as Fetish Object by Miriam Libicki. Small Press Conventions open doors in ways that even the internet can't get right. 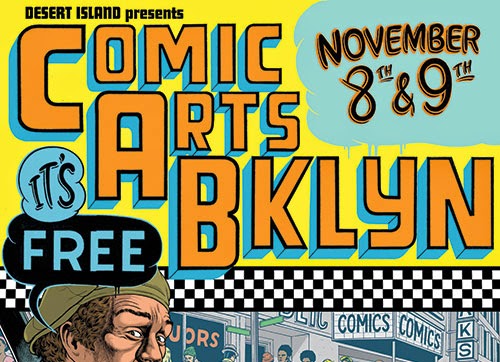 Even more importantly, they also provide the opportunity for creator and consumer to connect, as much as creator and creator to connect, as much as consumer to consumer to connect. These connections provide the arena for real face-to-face interactions between people who, by the very nature of their passion, are often holed up alone reading, writing, drawing – the love of creating and/or reading small press comics isn't inherently a team building exercise. It takes a reason to gather, conventions like APE and CAB provide that reason. “People over product,” as Silva oft says. 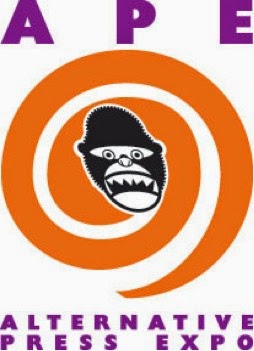 You could come up with every reason in the world as to why you don't go to these conventions. I know I did for years. Walking into Mount Carmel Church and the Fort Mason Center this year made every single one of those reasons ridiculous. Get up, get out, get into something new.