Click on the titles to read the full reviews. 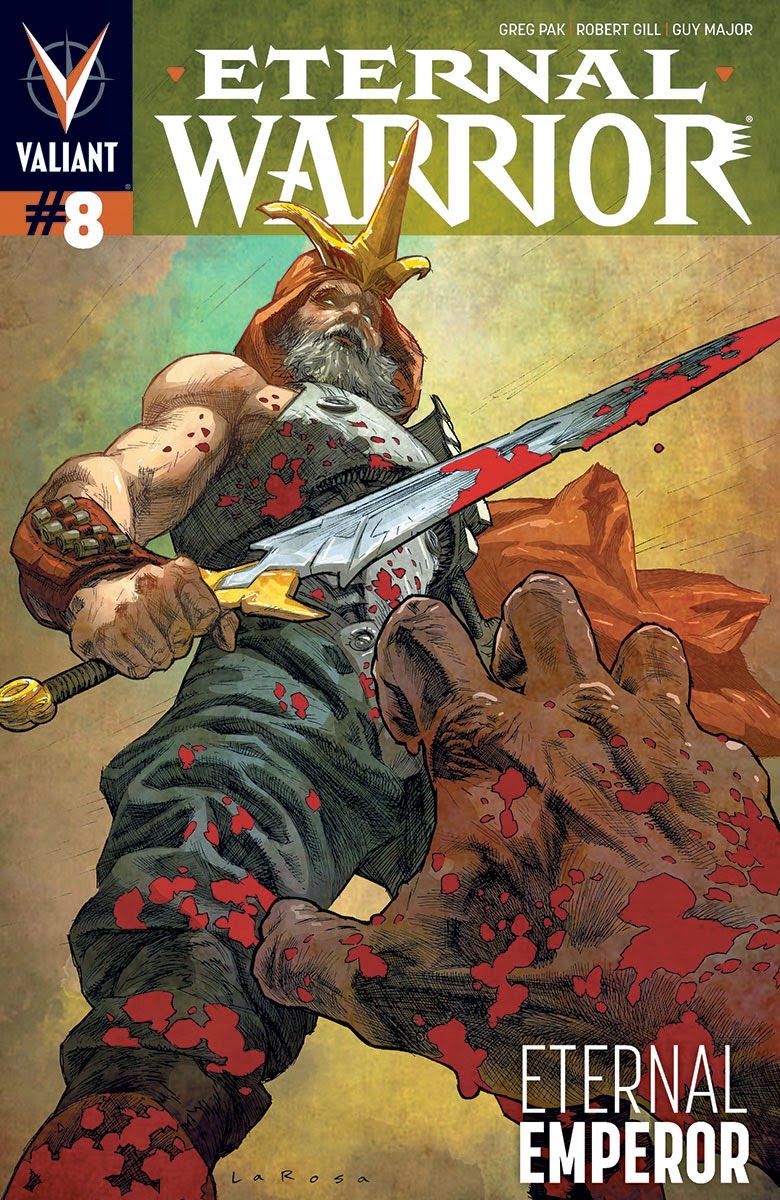 Eternal Warrior #8 is the kind of comic that you can give to your friends and say, “This. This is how comics can be great.” 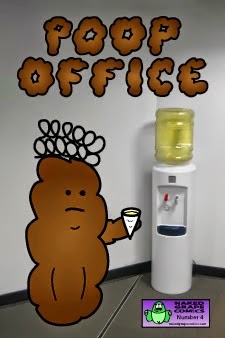 What could be easily dismissed as simple gag comics easily refract under scrutiny into social commentary of the highest order. By casting the everyman as shit, Poop Office goes swiftly Swiftian in its satire.

Through page after page of diatribe disguised as one-liners, Poop Office dissects the modern world better than any social commentator or political pundit. You have to be open to this shit to let it seep in, and once it does, the stink of its message will bring you to tears.”

8. Loud Comix written by a group of leading lights from the Southern Punk Rock scene and illustrated by Jamie Vayda These are Comix, after all, and Comix don’t take no crap. Comix ain’t for the sensitive or the dainty or the social justice advocate; they are all about tits and booze and cocks and drugs and fucking and shitting and screaming. And Loud Comix is hollering all this louder than anything else you got going on right now. A matter of fact, it’s got its own PA system and they’ve turned those volume knobs all the way up. 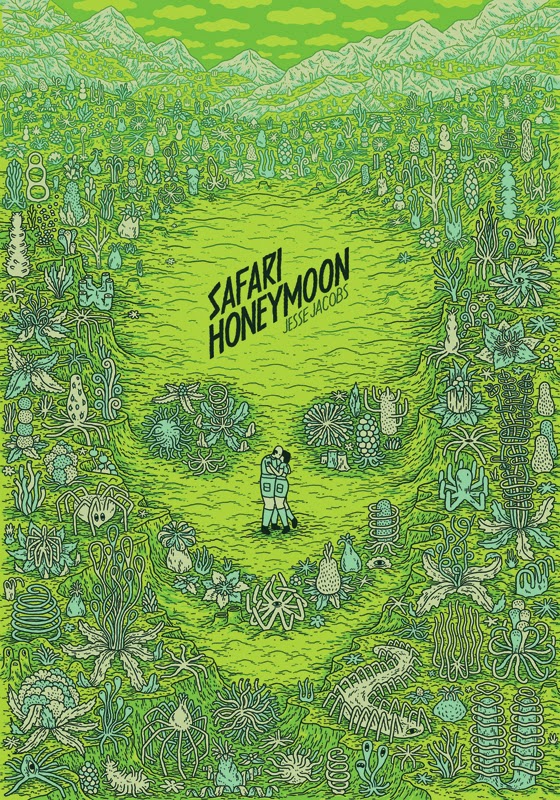 The mid-twentieth century Italian writer and translator Cesare Pavese once wrote,“Traveling is a brutality. It forces you to trust strangers and to lose sight of all that familiar comfort of home and friends. You are constantly off balance. Nothing is yours except the essential things: air, sleep, dreams, sea, the sky - all things tending towards the eternal or what we imagine of it.” Jesse Jacobs' new graphic novel, Safari Honeymoon, from Koyama Press upends Pavese's idea to a certain extent. In Safari Honeymoon even the things we hope to see as eternal have become almost unrecognizable, beyond perhaps what we can understand. Part jungle adventure, part “psychedelic sojourn”, part biblical allegory, part gender study, part contemporary commentary, Safari Honeymoon is much more than the sum of its parts; it becomes its own thing by being unlike almost anything else. 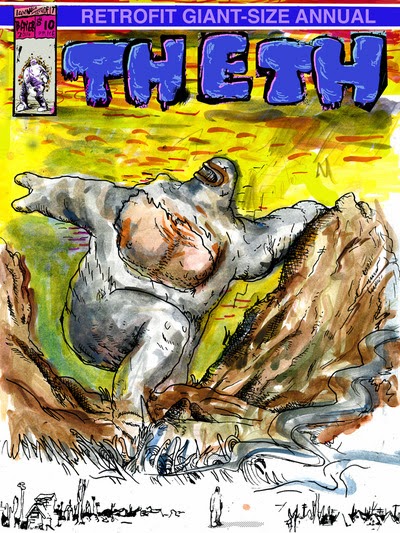 Through Theth, Bayer conveys the pathos and poignancy of feeling unconnected and adrift in a world that makes little sense, which is populated by people who are cruel and self-serving. It's a messy place to walk through and Theth is a messy comic.

And that's what makes it so beautiful.

5. Bear,Bird and Stag were Arguing in the Forest (and other stories) by Madeleine Flores 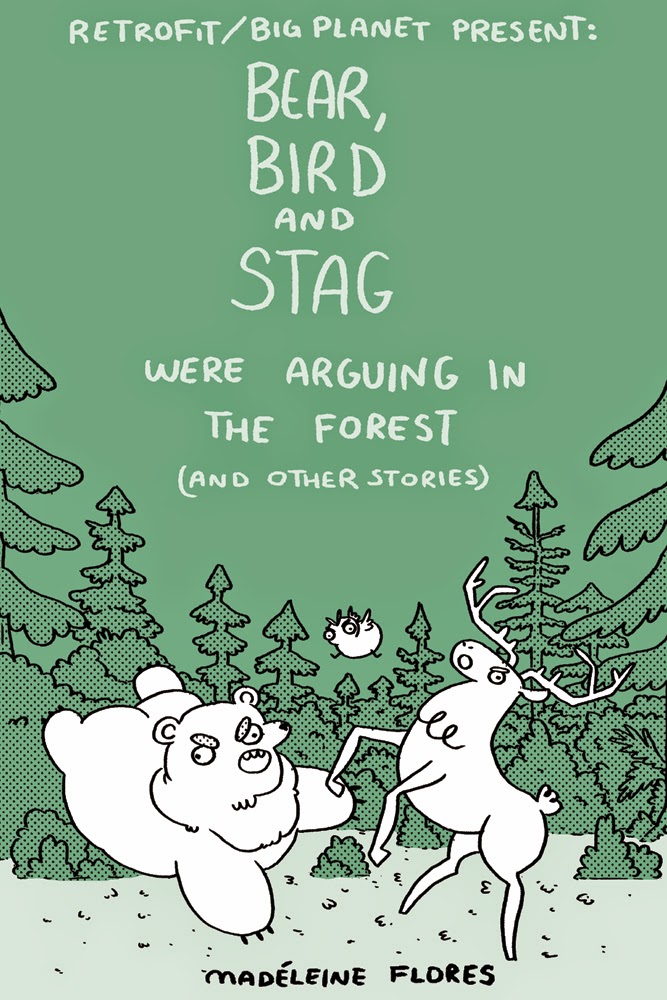 Madeleine Flores' Bear, Bird and Stag were Arguing in the Forest (and other stories) from Retrofit/Big Planet is kind of like the baby sloth photo of small press releases insomuch as it allows you pleasant pause from your day-to-day bringing a much needed joy break. It works those ill-used muscles in your dour face that tighten only when you smile.

Flores is a positive light here. The four stories contained in Bear, Bird and Stag were Arguing in the Forest (and other stories) are exulting, playful, deeply satisfying, and nearly perfect. Each piece demonstrates the extent of her artistic abilities, as they are stylistically rendered separate from each other, using the tone of the art to further the tone of her intention. 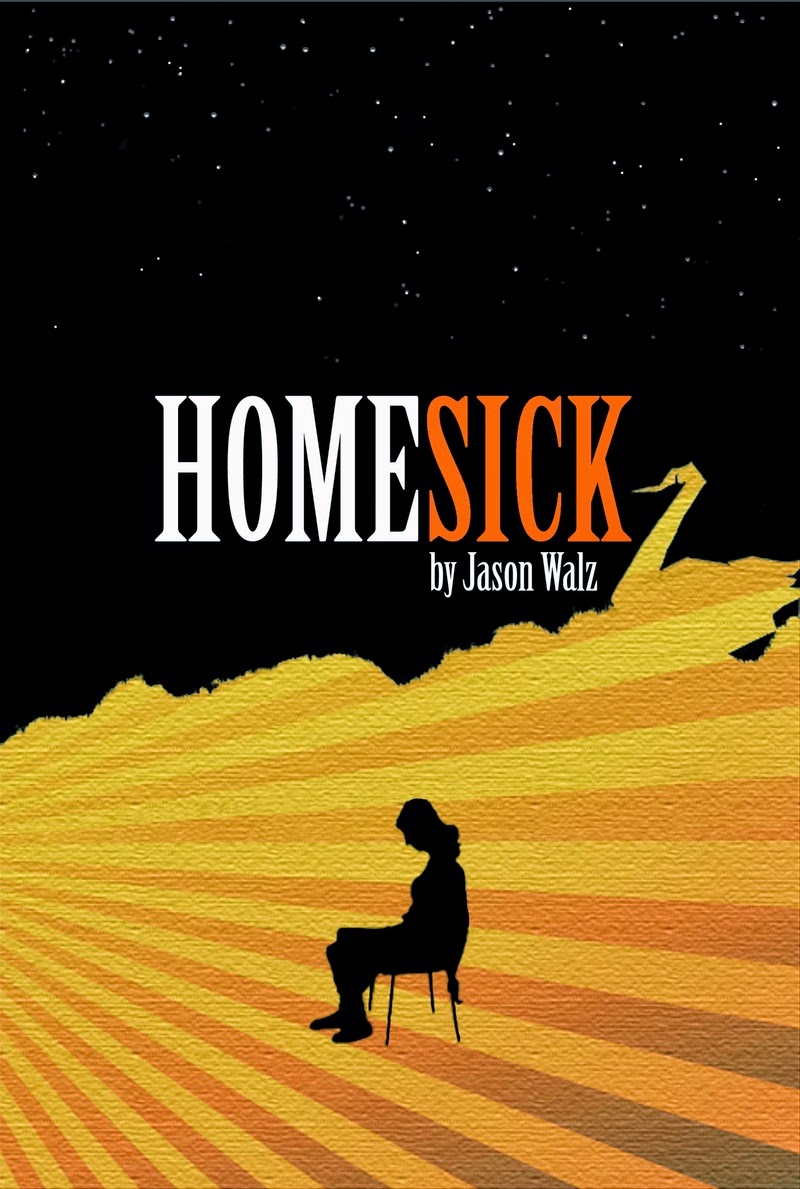 Homesick wants our participation in the experience on an instinctual level. There's little didacticism, although there is plenty of manipulation. As if almost a poet, Walz conveys the hues and shades of his sensitivities. Through the synergy of words and pictures, negative space and dark washes, open panels and tight details, each page is suffused with Walz's sensibilities. He trusts the empathy of his audience to feel something. He knows we all know someone who's died, is dying, or will die soon. 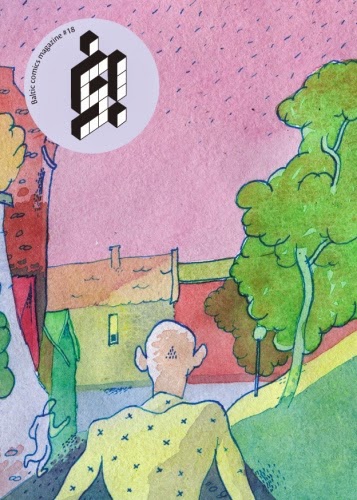 Poetry comics (or comics poems) are unlike anything I’ve experienced before with either form by itself. Something new happens when you take the visual efficiency of comics and suffuse it with the lexical efficiency of poetry. Vice-versa, when the imagistic language of poetry is illuminated with the linework of comics, some of your synaptic junctions alight with new intensity in the process of understanding. It’s exquisite and gorgeous and graceful and a feast for your brain and your eyes. 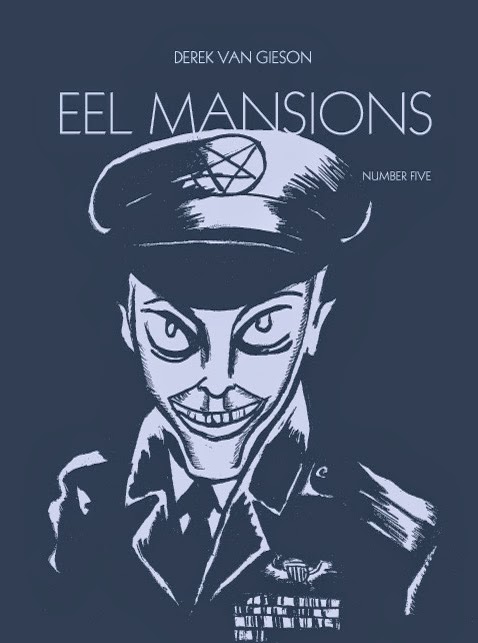 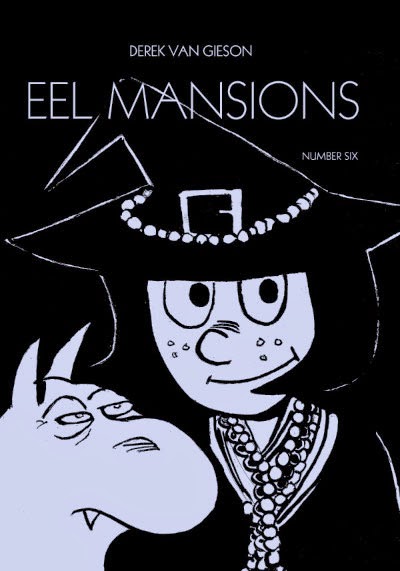 I've been saying all along that Eel Mansions has been a canticle to the creative act – that's the problem now here's the hook. How Van Gieson ends this series is all about how Van Gieson wants his series to end. Ain't nobody's business but his own. All along he has been helming this ship, fore and aft, rutting while ruddering as it were. It is his offspring and he's setting the rules to how this baby is to be raised. A child born from what Keith Silva called 'the anxiety of influences' is bound to sublimate intention into the miasma of ingenuity. 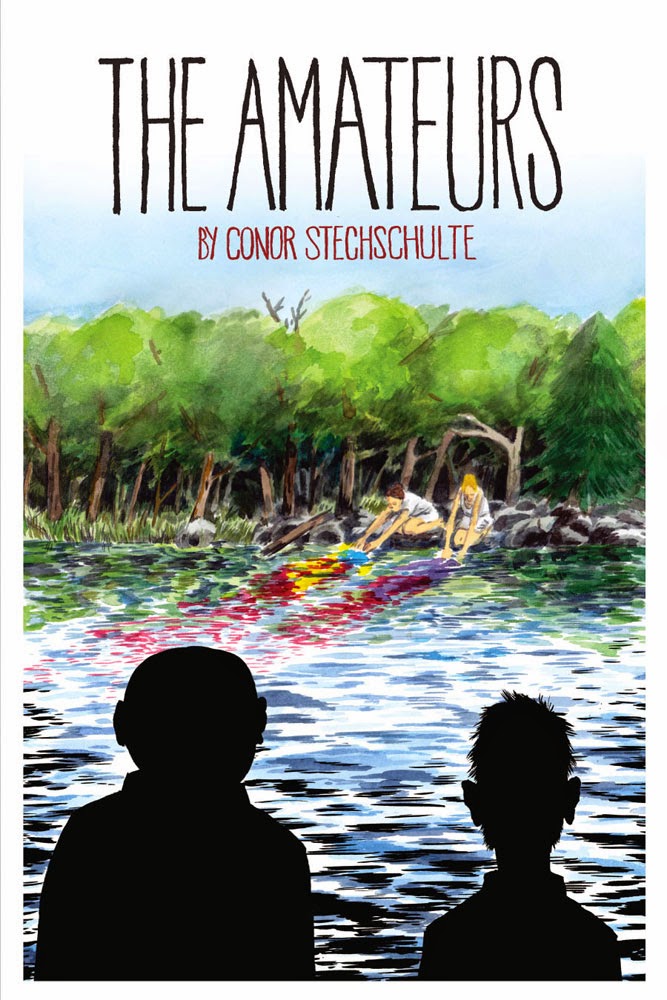 Once we cage our chaos in form, the art therein becomes a gift for other apes to ponder as they secretly shudder at the self-portrait it casts back.

Such is the stuff of Conor Stechschulte's debut graphic novel, The Amateurs, a book that explores the nature of self as defined by action, as much as it reveals the simian beneath.

Ostensibly, The Amateurs is about two butchers who have forgotten how to do their job. It is encased in a framing device hinting at witchcraft and burgeoning female sexuality, and is sub-plotted by a brief commentary on the repression inherent in the roles we are expected to place in our day-to-day. It is surreal, it is engaging, and it is violent.

It is also art.