“In This Issue: Frank starts writing. It doesn't go well.” 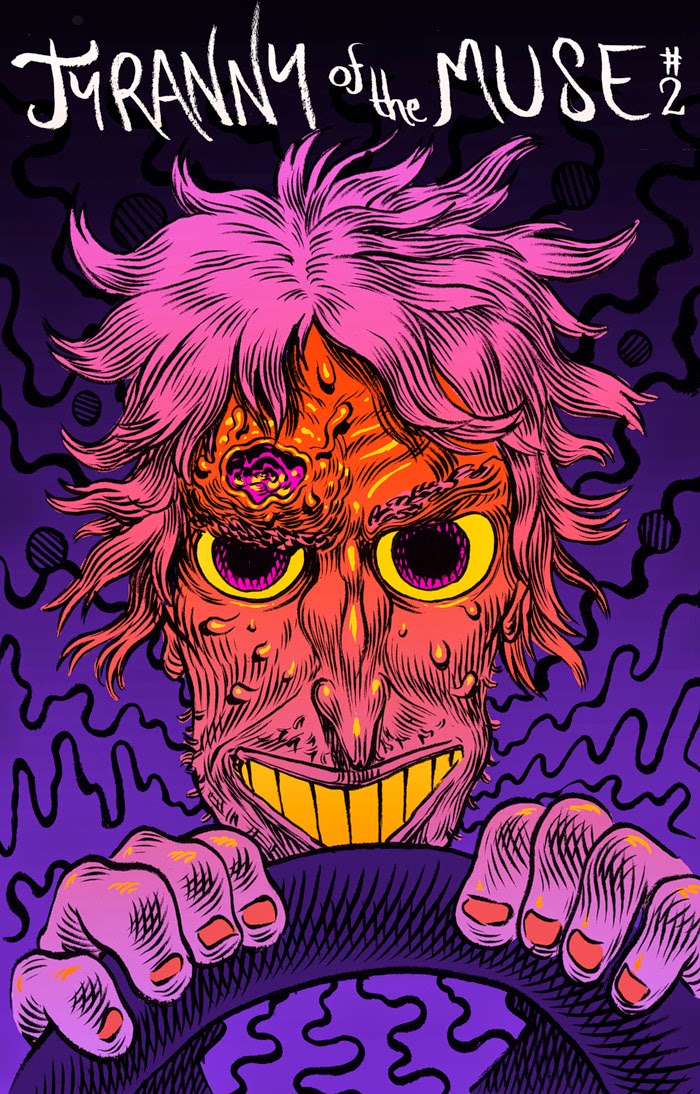 It's been awhile since issue 1 of Eddie Wright and Jesse Balmer's Tyranny of the Muse came out. Hell, I've moved twice since I last wrote a review of it at the end of August 2012. My, how far we've come.

So the premise behind Tyranny of the Muse is that inspiration can be used (and, of course, abused) like a drug. The story follows Frank Fisher, a wannabe writer, who hooks up with a “muse” named Bonnie. In her role as a muse, Bonnie injects inspiration into Frank's brain through a festering wound in his forehead. This gets Frank rolling, as it were.

I realize, writing it out like that, it kinda sounds hamfisted and thickly obvious in a cheap and easy sort of way. But it's not like that. Between Wright's words and Balmer's pictures, these boys are playing it cool and dirty. They know addicts like they know artists and understand the rawboned line that distinguishes each from the other. 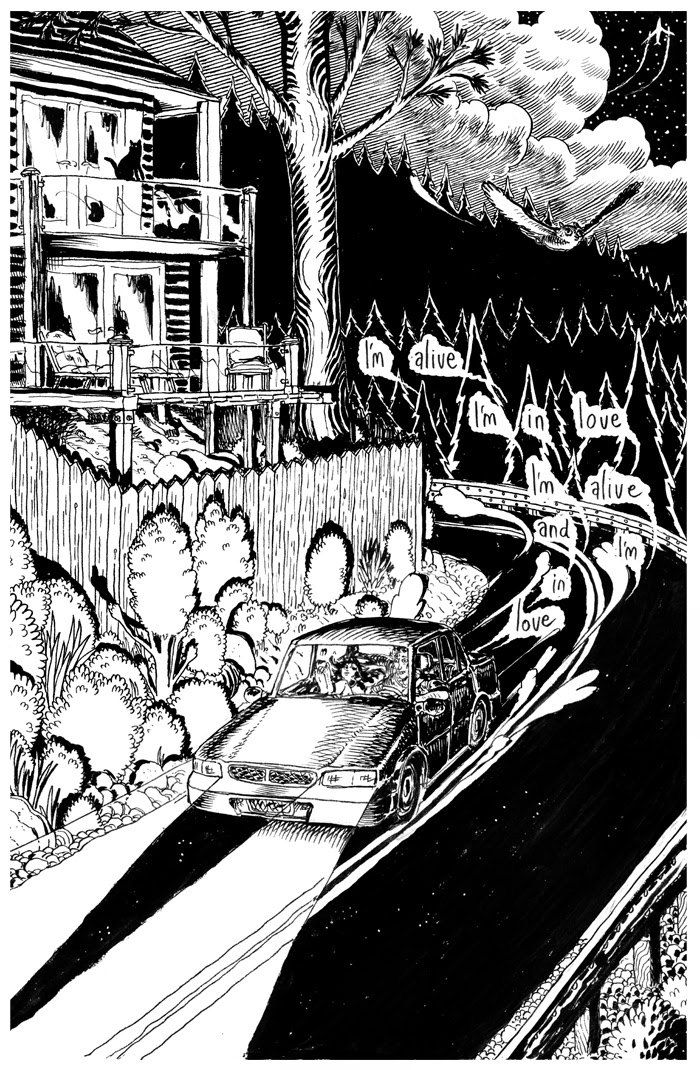 And those of you who have hung out with either or both know that when he or she yells, “I'm writing the screenplay!” it's time to take stock or walk away or hide the knives.

Such is this stuff. Such is the Tyranny of the Muse.

But there's that thing, right? That high you get when you're all hopped up on that moment of inspiration – you get going and the world drops away and there it is all awash on the page or the canvas or in the movement or the beat. And it's beautiful and you bask and glow and know and know and know ….

you come down and are 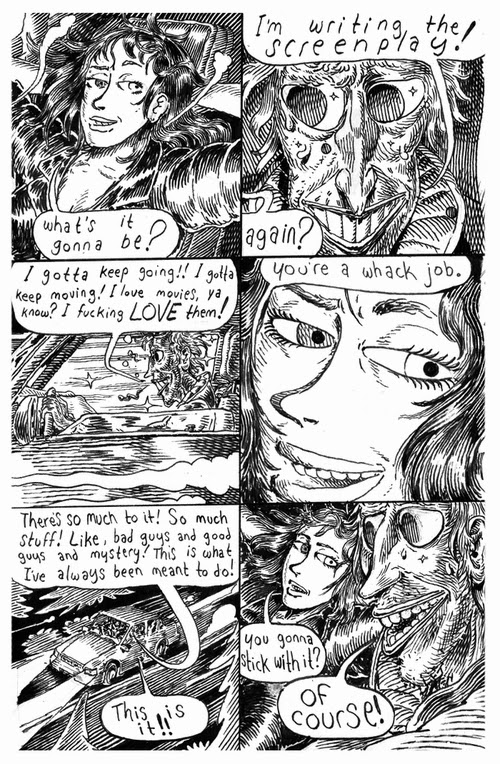 And you find out you've been writing about, in Frank's case, Dusty's Childhood Bedroom Fifteen Years Ago for the sixth time and it's still bad and nonsense and boring and nowhere, man... nowhere.

So you want another shot.

Fuck, man, you NEED another shot.

But your muse can only get you wonked just so much at a time, no matter how much she loves you. Sometimes she knows that what you really need is “a nice place to put your head” and give you a chance to come back down, because nobody can keep going full bore all the time.

Wright and Balmer get this. Tyranny of the Muse is testament to this.

They get that artists have to crash just like junkies have to crash because without the crash you might start taking the high for granted, right? You lose your way only insomuch as you just need to get right back on that horse and ride. 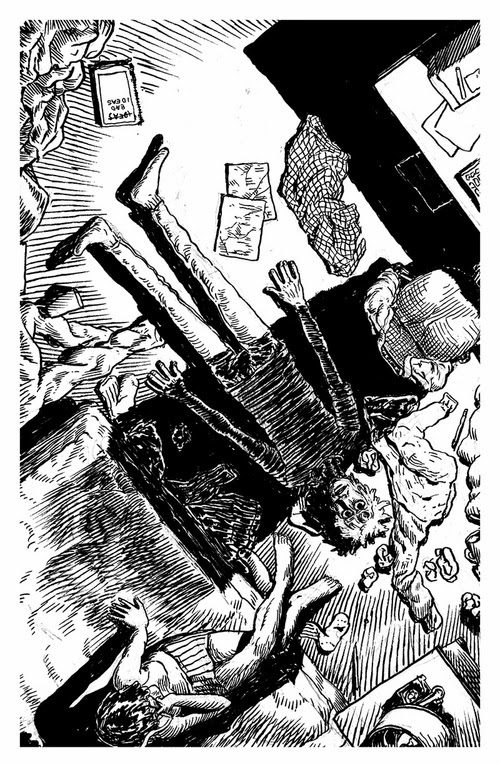 And that's Tyranny of the Muse #2 and if you've been there, you know it, and you know that Wright and Balmer know it too. They're hooked in to your hook up and that's good if you can handle it, but watch out because that shit can be just as addicting as your mother warned you about.

You can pick up Tyranny of the Muse #2 here