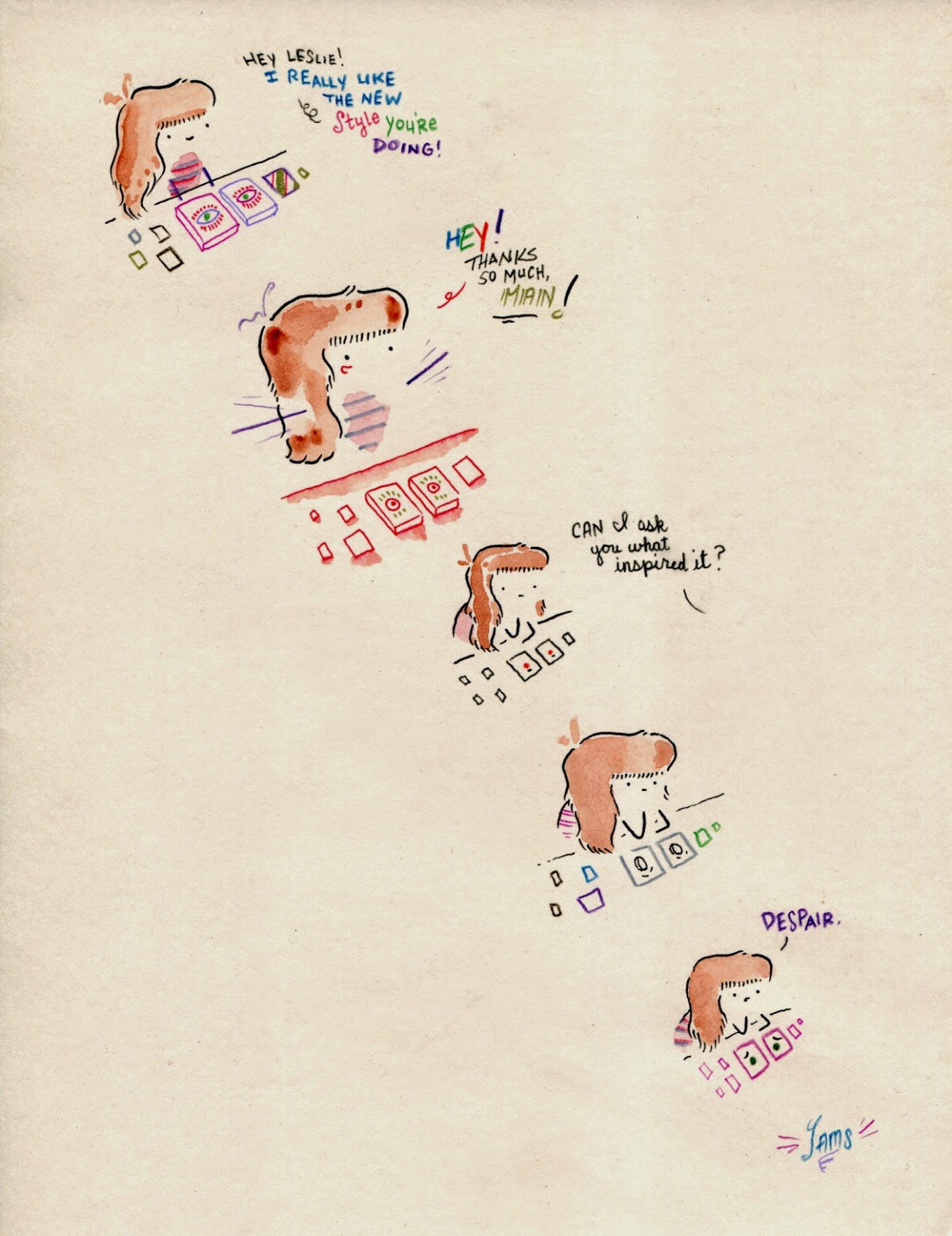 Leslie Stein is best known as the artist behind the Eyeof the Majestic Creature series and playing in the band Prince Rupert's Drops, but in 2014 I got to know her as a creator of a poignant pastiche of diary comics. As creator of Eye of the Majestic Creature, Leslie Stein is a voice for a certain aspect of her generation, the ones you see feigning ironic detachment while inside they are either all honest excitement or vast empathy. While it's just so much easier and cooler not to get emotionally involved, for people like Stein, that's just really not possible. As a detached observer full of heart, it is interesting to see what happens when she observes herself directly.

Stein's diary comics are imbued with an openness of experience, as they are awash in the colors of particular moments. They are also confessional in that they record in that same detached, yet intimate way Stein cannot help but create. Diary comics can often bog down in a need for meaning, but Stein works from the heart, poignancy without pedantry, making statements in the midst of a deceptively simple quiet, full of an innocence that could easily be mislabeled “cute” were it not for the depth of feeling they possess.

I want to call these comics “moments that emote,” but I worry that could easily be mislabeled “cute” too. Stein's art in these comics is light and airy, so much more than her work in Eye of the Majestic Creature. Adding depth, her color work swirls in a tight manner reflecting the unavoidable chaos inherent in daily life. In these she eschews panel borders to allow each flash to flow into the next with the fluidity of time passing. Causation and comment mix effortlessly. But the most effective artistic choice Stein makes is reducing her portrayal of herself to an iconic openness – registering as nothing more than two wide eyes for her face – thus universalizing her experience, giving us all access, making her experiences ours as much as hers. Indeed, “All this I swallow, it tastes good, I like it well, it becomes mine,” as Walt Whitman wrote a century ago. 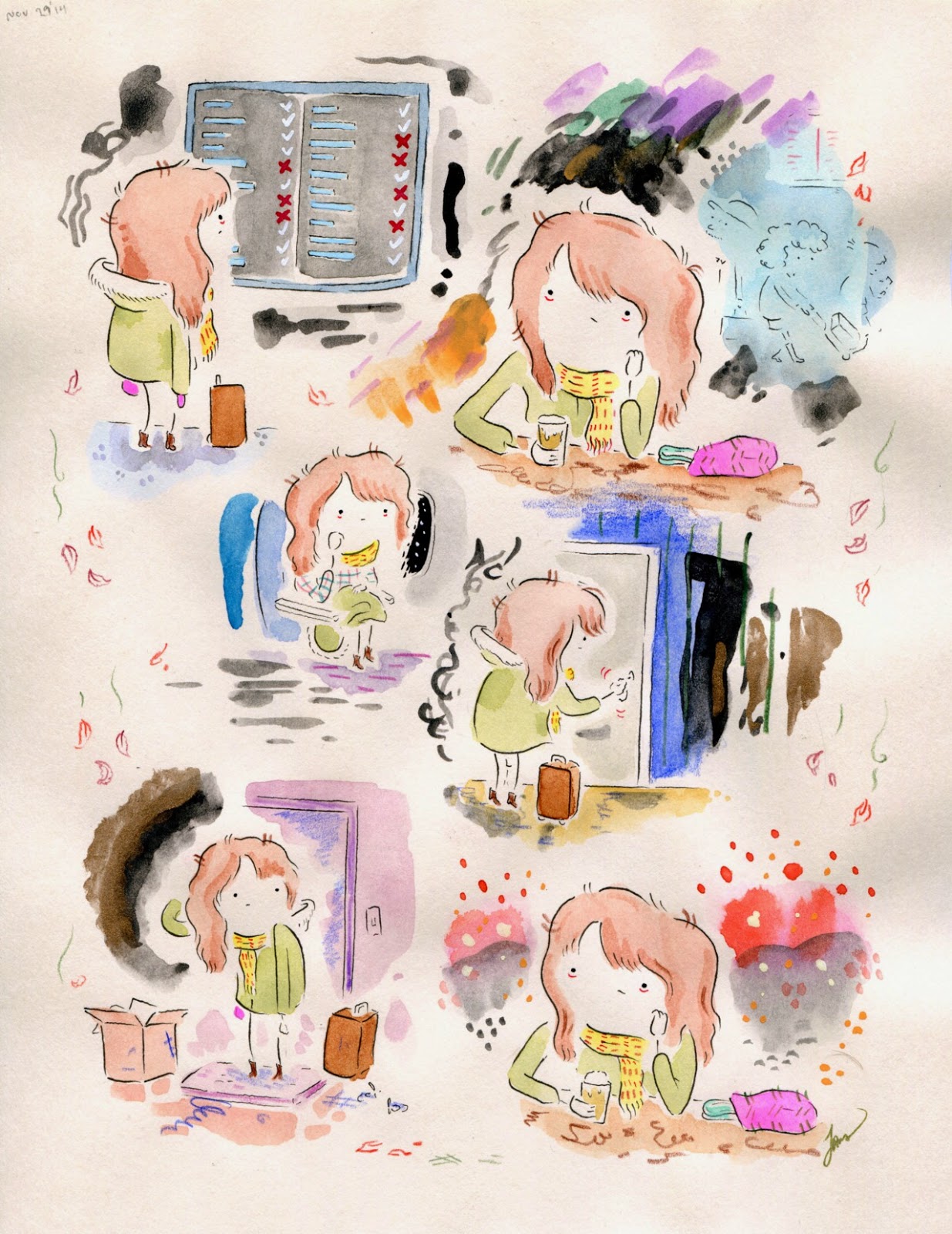 Leslie Stein's Diary Comics bring us into her daily life. While we may not share her reactions to what she experiences, we can't help but understand. In that point of understanding we connect and by connecting we make meaning in our lives. 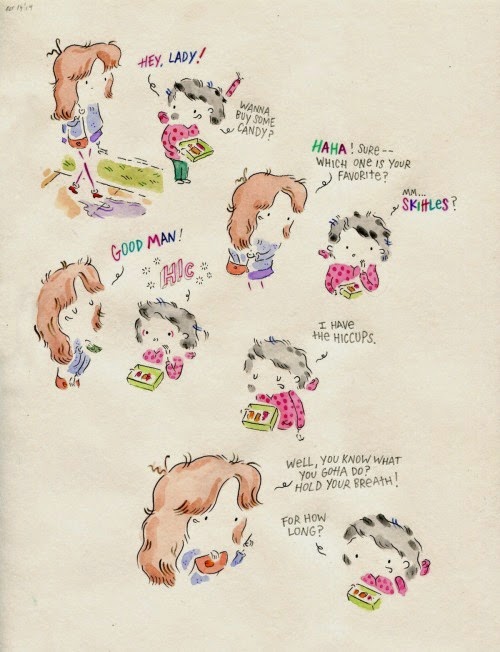