MARWENCOL - A documentary about an accidental artist and his dolls.

Today I found Marwencol by Jeff Malmberg, released in 2010. 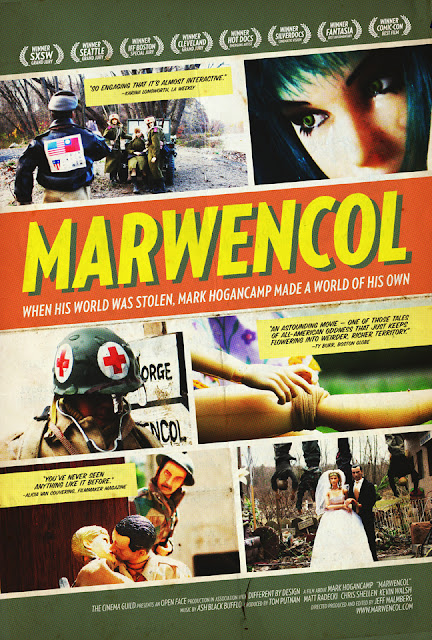 Marwencol is a documentary about Mark Hogancamp, but more importantly it asks us to confront our understanding of what constitutes art and what purpose it serves both for an individual and for the greater society.

In April of 2000, Mark Hogancamp was nearly beaten to death by five guys. He spent nine days in a coma and spent forty days in the hospital until he was released. As a result of the injuries he sustained, he had almost complete memory loss and had to relearn almost all aspects of living as an adult.

Lacking insurance, Mark could not afford the physical therapy he needed to help him recover. Since that avenue was closed to him, Mark turned to his own creativity. 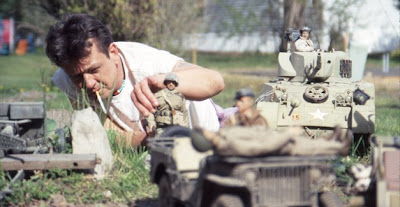 In his backyard, Mark Hogancamp built a 1/6th scale World War II-era town called Marwencol and populated it with dolls. Some of the dolls represented real people in Mark’s life, while others were entirely fictional. Through manipulating these dolls he not only helped himself recover much of his hand-eye coordination, but he was also able to begin to confront many of the psychological injuries he suffered as a result of his beating. 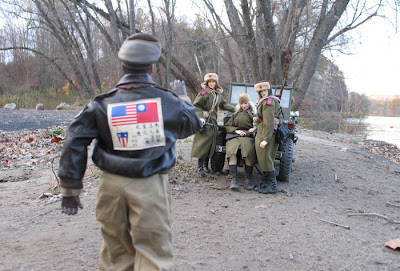 Marwencol becomes more real to Mark in certain respects than “reality,” and he begins to document the elaborate story of the denizens of Marwencol through photographs.

His photographs are discovered and published in an art magazine. All of a sudden, Mark is an artist. 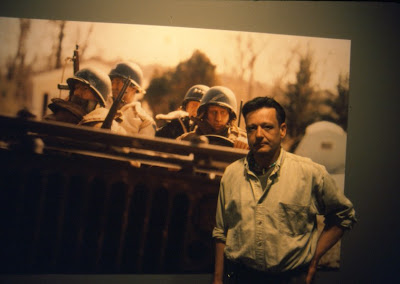 Marwencol documents the conflict between the comfort and healing the world of Marwencol provides for Mark and his desire to be brought back into the greater reality. It dwells on the conflict between a private life and a public persona. It also focuses on the nature of art, both as a creative expression and as a commodity. But mostly, Marwencol tells us about Mark Hogancamp, who is far more than what he seems.

The movie does not dwell in tragedy, nor does it become a redemptive tale; rather it presents a man’s life, and by doing so, hopefully helps us think a little bit more about our own.

Official Trailer for the film:


Awkward interview with the director: