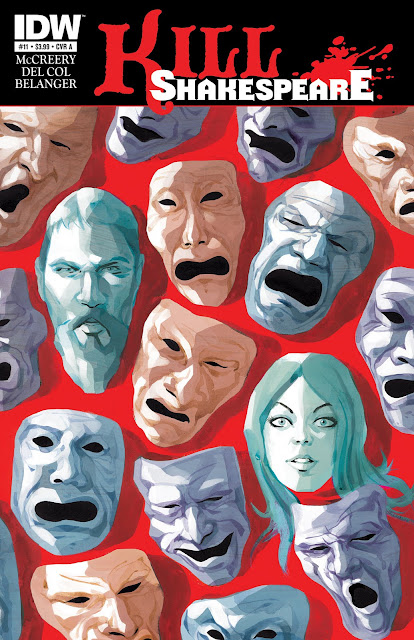 Kill Shakespeare #11 will be available in stores on May 25th.  This is the penultimate issue of the 12 issue series.

Though the series may be drawing to a close, the momentum behind the title is picking up!

Anthony Del Col and Conor McCreery, the creators behind the series, have just announced that:


To find out more about what's going on behind all the hype, I contacted the creators and asked them about the book, audience reaction, and their future plans.

Read the complete interview after the jump.

FOG!: For those who haven’t had the opportunity to read any of it yet, could you do a quick background as to what Kill Shakespeare is all about?

Anthony Del Col: Kill Shakespeare is an action-adventure series that pits the Bard’s greatest heroes (including Hamlet, Juliet, Othello, Falstaff, Puck) against his most menacing villains (including Lady Macbeth, Richard III, Iago) in a quest to track down and kill – or save – a reclusive wizard by the name of… William Shakespeare.

Conor McCreery: Our main character is Hamlet and he’s offered this Faustian bargain by Richard III – track down and defeat this evil wizard named William Shakespeare and Richard will use Shakespeare’s powers to bring Hamlet’s Father back from the dead. Of course, not everyone in this land wants Hamlet to defeat this “wizard”…

FOG!: How did you come up with the idea for the book?

Conor McCreery: Anthony was the one who mentioned it, actually. We were brainstorming video game ideas and we were riffing off of the movie Kill Bill, and suddenly Anthony just said “hey, what if the Bill was Billy Shakespeare?”

Anthony Del Col: It was one of those few ideas that we could envision immediately. We knew who the characters would be, the tone, and the plot-line. A moment of clarity, or a lightning strike.

FOG!: How did the idea end up being greenlit at IDW?

Anthony Del Col: Before we even approached publishers we put together a 100-page business plan to raise private financing to help make the project come to fruition. We had been working in other worlds (myself in music, Conor in broadcast journalism) and wanted to make sure that we could work full-time on this project and see it come to life.

Conor McCreery: Then we went to the New York Comic Con and worked the floor. By the time we left we had five different publishers expressing interest.

FOG!: Can you describe your process? How does a book come together?

Conor McCreery: Slowly and painfully. We brainstorm ideas. One of us writes a draft and the other story edits. We usually do several drafts. The first issue had something like 17 different iterations (though some of those drafts involved fairly minor changes).

Anthony Del Col: And then we give it to our amazing artist Andy Belanger. Andy will take our pages and put his own spin on them – adding additional story beats, plot points and moments that we hadn’t even thought. He’s able to bring everything to life in a way we didn’t think possible. We then work with our great colourist Ian Herring to refine the final look of the pages and then work with the staff at IDW Publishing (mainly our editor Tom Waltz and designer Chris Mowry) to finish off each issue with lettering and final design. 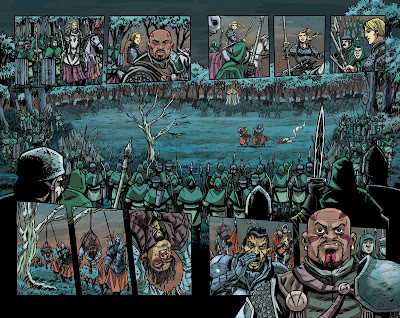 FOG!: What has been the biggest challenge with the book so far?

Anthony Del Col: The biggest challenge for me is time to do everything. In addition to the creative elements Conor and I also oversee a lot of marketing efforts for the project, which includes doing interview like this, working on publicity, social media, and everything else associated with making people aware of – and excited about – our story.

Conor McCreery: The biggest challenge for me is to watch Anthony do everything. It’s thirsty work, so I usually sit on my porch with a Mai Tai and watch him toil. Brutal.

FOG!: So 12 issues only, huh? With the success of the book, is that still the plan? If the series does end, are there any spin-off planned?

Conor McCreery: We have several other stories we’d like to tell in this world. We’re looking at comics, film, mobile games – you name it. Any medium where we think we can tell this story we’re game to try.

Anthony Del Col: In addition to a potential continuation of our series, we’re also deeply immersed in working on the screenplay of our tale. We have quite a bit of interest in a film version but haven’t been able to find any time until recently to work on it. We’re also looking at putting together a really cool game for the iPhone and Android that may be released in 2012. 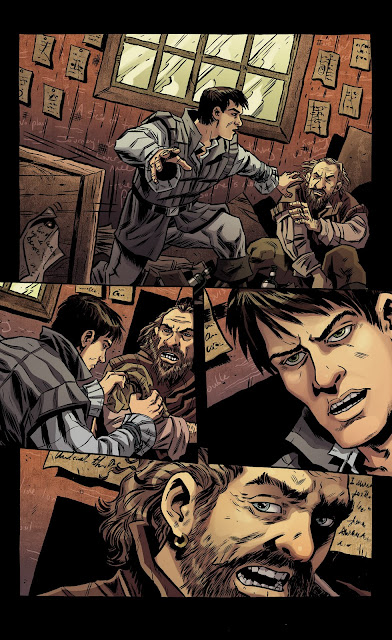 FOG!: What has been the reaction from people about your portrayal of the character Shakespeare in the comic?

Anthony Del Col: The reaction has been quite positive. I think that because details about the real-life Shakespeare is so cloudy and mysterious people are really open to different takes on who he was – from portrayals like in Shakespeare in Love to how he will be seen in Roland Emmerich’s Anonymous film (to be released in Fall 2011).

Conor McCreery: I haven’t read too much reaction myself. One critic said they were interested in the fact we portrayed Shakespeare as a drunken writer and wondered if that was because of my Irish heritage.

FOG!: Have any teachers approached you about using the comic in their classrooms?

Conor McCreery: Pleasantly, several have. We think the series is a great way to introduce students to the tropes of the Bard. It has also been used by some universities as a way to do a deeper contextual analysis. They pull apart the references we use and then compare and contrast them to the original work, or to another play if they think that is more appropriate. One of my favourite things was having a student in Germany send me the Kill Shakespeare Powerpoint presentation he used for a university lecture.

Anthony Del Col: We’ve already done a number of workshops and talks at schools and it’s great to see some of the kids suddenly realize how great the Bard actually is. If we can inspire students to become excited about reading his plays, we’ve really accomplished something. 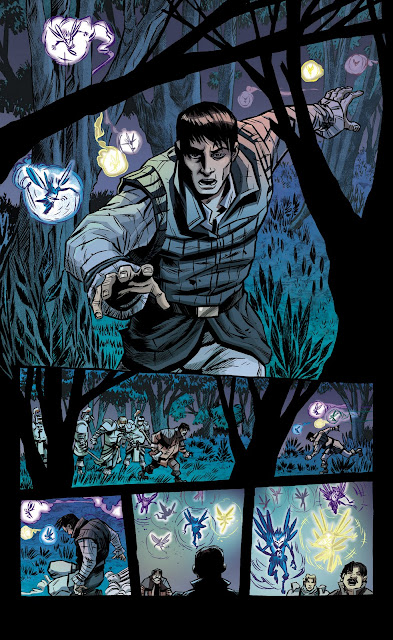 FOG!: Ultimately, what do you hope people take away from reading the series?

Anthony Del Col: One of the goals of this project is to shine a new spotlight on these characters and highlight how great they are. So often today Shakespeare and his stories are seen as high-brow or intellectual and we love to hear from people who say that they didn’t realize that at their core, Shakespeare is all about drama, violence, lust and revenge. Who doesn’t love a good story with these elements?

Conor McCreery: I hope people come away enjoying the story and wanting to see more of this world we’ve borrowed from the Bard. One of the interesting things I’m taking away (to flip the question) is to find out how many people enjoy Shakespeare – even people who when we first talk to them don’t think they do. Once we start chatting about our project they almost always realize they know, and appreciate, a lot more of the Bard than they thought. As Anthony says: he was the greatest mass-market entertainer in history.

FOG!: After Kill Shakespeare wraps up, what’s next for you?

Conor McCreery: I’m working on a reality show that I hope can really serve as an inspiration for people to follow their entrepreneurial dreams and Kill Shakespeare has helped generate some interest in some other ideas I have been working on. Anthony and I would also love to get back to a couple of old ideas that we optioned whose rights now belong to us again.

Kill Shakespeare #11 hit the shops on May 25th.

To find out more about the series, check out the Kill Shakespeare web site.