My Continuing Crisis ENDS: Writing on CRISIS ON INFINITE EARTHS 12 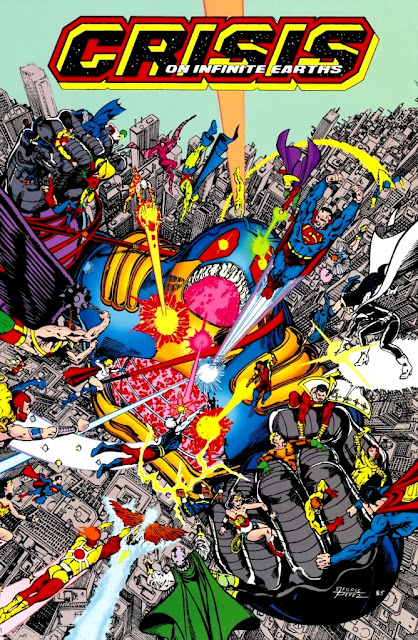 Say what you will about superhero comics, the truth we’ve all learned from this experience is that they are all always the same. You can dress them up however you want, but in the end it’s all about solving problems by punching them and imposing one type of moral structure upon another. It’s as predictable and as hollow as the Cena/Orton rivalry became after a while, and the awe-like entertainment it once provided either switches into feeding a habit or drugging you from having to make interesting choices.
Superheroes are the heroin of comics. Crisis just showed that your dealer has more stamina than you.