I'm not sure how much Bryan J.L. Glass knows about Fame from the inside, but from the outside he's sure squinting at the toll it takes on those it cages – “You either feed the beast or it consumes you.” 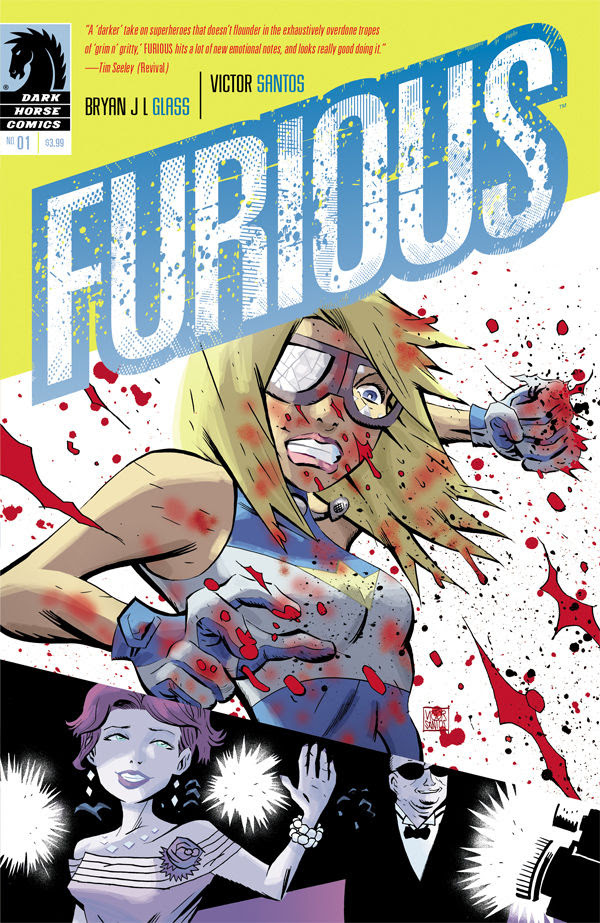 Furious #1 is a comic book about super-heroes stepping out of comic books into the real world and the chaos that step brings about. It's also about the price of fame, both for those who court it and for those who have it court them. It's also about the media, about expectations, and about violence. It seems to want to take on just about everything at once and, because of this, teeters on taking on too much. There is a freneticism to the pacing of this first issue that made me sprint as I read. When I get shoved along like this, I tend to miss a lot of what is going on. I also get tired.
And I've been in this race before. I couldn't help comparing Furious to the Luna Brothers' Ultra, as well as to Bendis'Powers, both of which did a great job with the whole price of fame for the super-hero thing. I'm not sure if Glass is going to add anything new to this trope, other than taking on this issue a bit more directly than these other series. And this is a good thing because...? 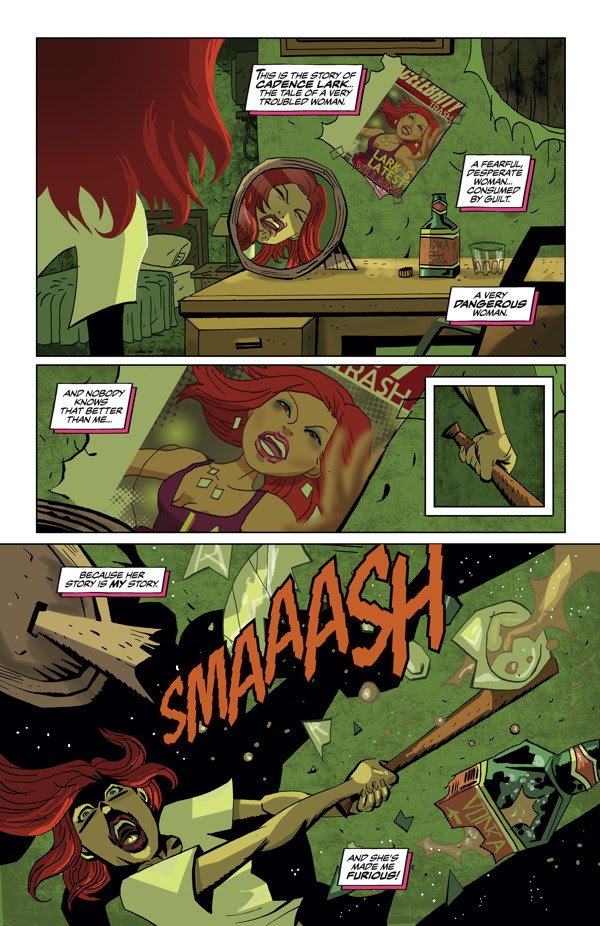 This is just a first issue, though – so I'll take the proverbial wait and see on this one.
Speaking of seeing, artist Victor Santos does his best to keep stride with the pace Glass is setting. Since he's given little time to build a mood in this issue, Santos goes large in places where going small might have been the better artistic choice. Still he holds the thing together without it veering off the track too much.
But it is kind of exhausting and I'm tired. I'm even tired of this whole "sprint" metaphor. Now I'm even hungry. 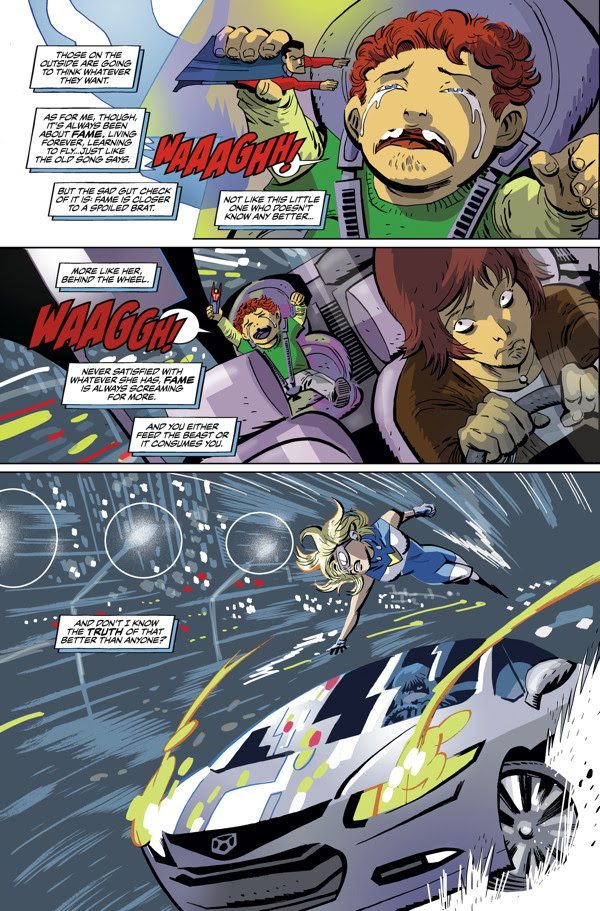 Like I said, Furious wants to take the big thematic bite. I'm just worried that it will start choking as it tries to digest it, having chewed far too quickly before swallowing. And yet a big theme can make the dinner party if served just right. Glass and Santos know how to craft comics, their work on Mice Templar proves that without a doubt. But even the best chefs sometimes over-salt a new recipe before they get it right.
Hopefully issue two of Furious will be more about relaxing and eating a good meal. I have no idea what I am even talking about anymore.