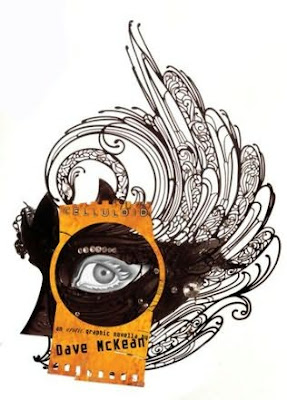 Second, I'm not a big fan of erotica or pornography in general. In all truth, this stuff kind of makes me squeamish. It's not that I'm a prude, or have any sort of religious objections or anything, it's just... well... it's hard to explain. I was raised by nice Jewish parents in suburban Dallas, Texas – watching other people get off just doesn't do it for me.

Dave McKean is a tremendous artist. He creates work of enormous emotional impact with a deftness and subtlety that is so often missing in modern art. McKean can tell an entire novel's story in a single picture, he's that good. Just look at the covers he did for Neil Gaiman's Sandman and you'll see what I mean.

As a fan of McKean's work, when I heard that Fantagraphics was publishing his new book called Celluloid in 2011, I instantly ordered it without knowing anything about it.

There are no words in the whole graphic novel – the entire story is told through McKean's amazing art. 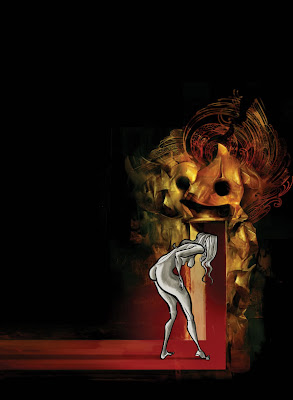 Sean Edgar from Paste Magazine calls this “a coital masterwork,” and I heartily agree with this assessment.

Celluloid is beautiful and it is powerful and it is mysterious and engaging. It is art as defined by every iteration of the word. It is also another example of what comics can do that no other form of media can match.


“There are so many comics about violence. I’m not entertained or amused by violence, and I’d rather not have it in my life. Sex, on the other hand, is something the vast majority of us enjoy, yet it rarely seems to be the subject of comics. Pornography is usually bland, repetitive and ugly, and, at most, ‘does the job’. I always wanted to make a book that is pornographic, but is also, I hope, beautiful, and mysterious, and engages the mind.”

I certainly can support his rationale. I also think he succeeded in his goal.