The Pool is Now Our Prison: Austin Lanari reviews ARCHITECTURE OF AN ATOM by Juliacks 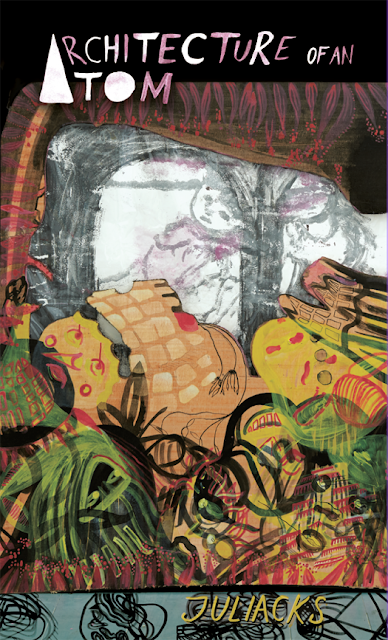 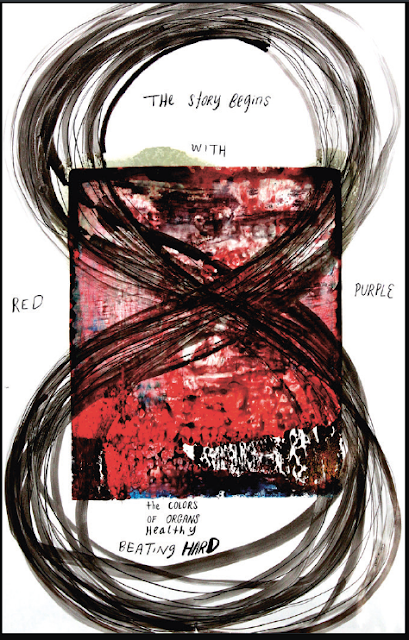 I can’t write about comics.

Ok, that’s dramatic: I find it very difficult to sit down and write about comics anymore.

At the beginning of this year I told myself I’d write something every week, and if I failed to do so, I’d quit. In my lack of writing about comics qua art as was intended, you could say I have unintentionally followed my own ultimatum. Instead, I’ve become a serial tweet-threader; a semi-professional micro-blogger with mostly one thing on my mind: the stale (to be generous) economic position of cartoonists, and a culture that is implicitly hell-bent on distributing resources—including the two most precious ones, time and attention—to everything except this very same staleness and immobility:

A most mundane plundering.

And so, every time I try to start writing—every time I try to put my fingers to my 1980’s Diamond Flower Inc. keyboard and try to evince some semblance of some kind of opinion about something artsy—all my little doubts and ticks and procrastinations spiral, inevitably, into a question: Why do I do this? 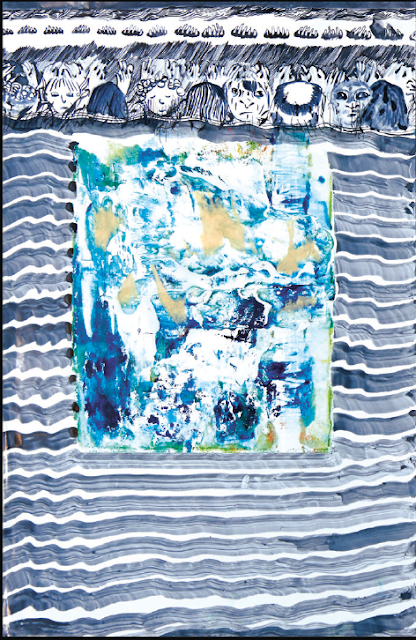 Published by 2dcloud, Architecture of an Atom by Juliacks opens with a love affair—or, at least, one side of one. Two of the story’s more important characters—Frida and Cohl—contemplate a move to France from the nebulous version of Winnipeg they may or may not be inhabiting in the opening pages. Cohl’s affection for Frida and his uncertainty about both her future and his future with her are the subjects of several densely poetic pages before the characters arrive in France. 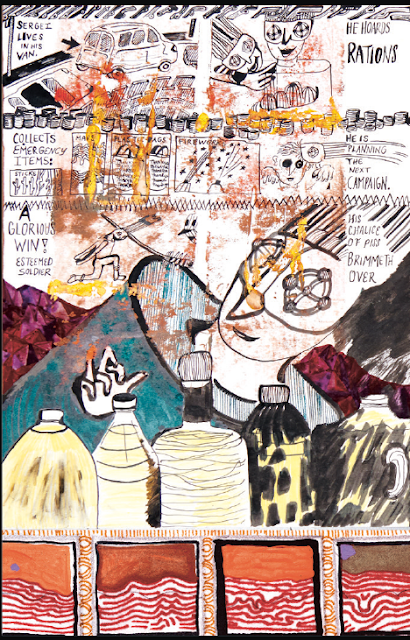 I guess I write about comics because so many have moved me in ways that, over time, have felt more and more tangible. As the medium began to make sense to me and I felt like I could share that connection with others, what better way to evangelize people than to yank at the threads that weave together the most exciting work of the medium and jam them in the eye-sockets of unwitting friends who… probably… probably aren’t going to read this anyway. 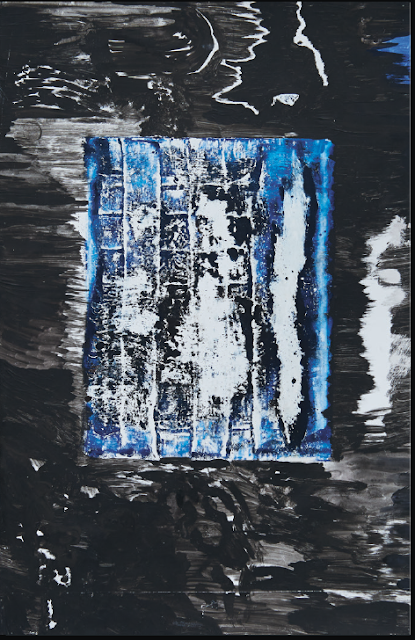 Early on, Juliacks makes use of a rectangle in the middle of her composition, filled with amorphous shapes that just barely come together to form a four-sided shape taller than it is wide. When it first appears on the second page of Frida and Cohl’s prologue, it is an ephemeral destination: a cross-section of the horizon, a doorway to open-ended possibilities for the characters as they drive off into the distance. Just a few pages later it encases the coagulated “red and purple” that make up our organs, “healthy, beating hard.” 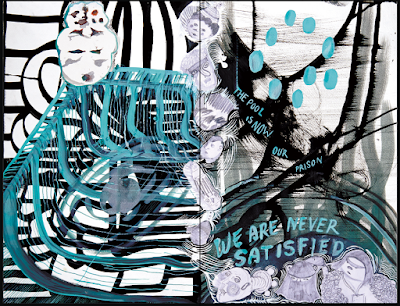 How ironic that I should finally publicly confront this material tension in the comics discourse when I have the chance to write about a book that would largely not exist if not for a series of internationally, governmentally funded residencies, during which time Juliacks composed not only the conceptual nucleus of this entire work, but swaths of the work itself. The context Juliacks offers at the book’s end—that this is part of a larger project featuring an hour-long film, a series of short films, individual paintings and collages—nests it even further inside of contexts which begin to look like a Russian doll the more you take them seriously.

t is a critical paradox. 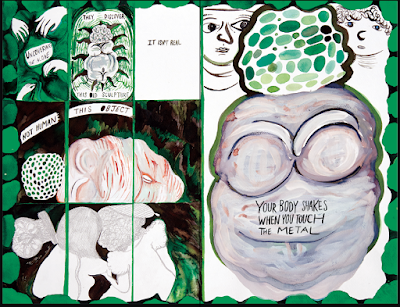 “Your body shakes when you touch the metal.” 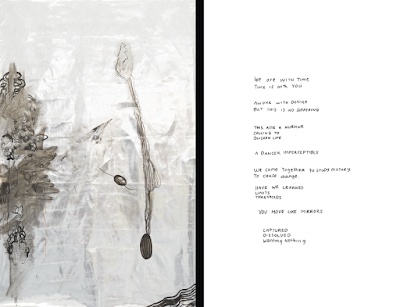 Just before Frida and Cohl die, the book steps into a more free set of poetic sequences that, despite their more experimental nature, function as the same kind of higher level syntactic thread you would find in a more traditional, meticulously outlined comic. The mode of communicating with loose watercolors accompanied by hasty, hand-lettered poetry is a formal and thematic callback to Frida and Cohl’s interactions in the prologue. Here, it is a much more brisk calm before the storm: it is used to transpose a sensuous naivety with the chaos that immediately ensues. That Juliacks manages to string together threads that hold up this well within a work that both belongs to a larger work that is not a comic and has scattered pieces of individual works within it is a feat. 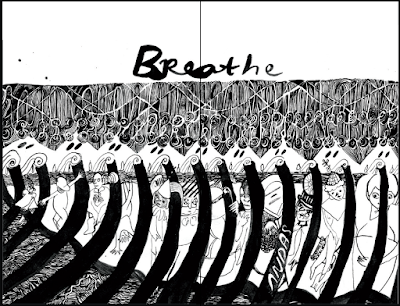 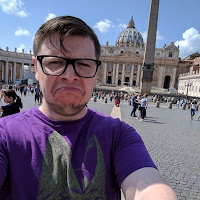