Reviews: SUMMERLAND and REVENGER ... IS TRAPPED

CHECK IT OUT HERE 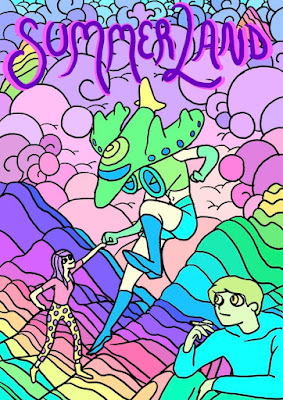 It is when the circle of Summerland is complete that the reader understands Dawkins’ intent. What may seem garish or ill-thought through is, in the end, by design. Summerland is the result of careful choices and a heart worn on the sleeve of its creator. With this book, Paloma Dawkins reminds us that life is a series of cycles. While it seems that we lose so much with each renewal, the reality is that the beauty that colors our relationships and ideas exists eternally. 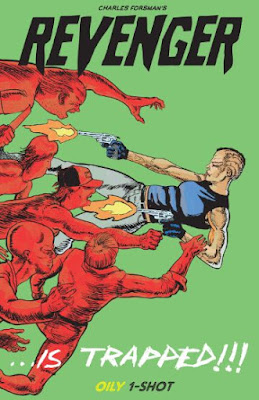 Forsman’s cartooning has a rude, uncomplicated, and unflattering edginess to it, if for no other reason than a story calling for harelips, goiters, and veiny arms should lack a sense of … romance. It’s not that Forsman is a one trick pony, far from it. He knows his game and he plays it well. When the story calls for the splashy shot of the buckled, booted, and bladed heroine, it’s earned due to the starkness (ugliness) that precedes it — a perfect example of a cartoonist who understands comics are a visual medium.