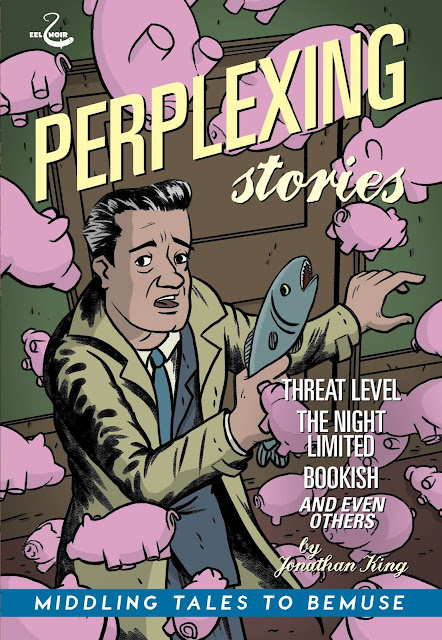 “There is no truth. There is only perception.” – Gustave Flaubert

I have a complicated relationship with my understanding of reality. What I often mistake as hard truths become, with a slight change in perspective, something entirely new.

For over forty years, the tuna fish sandwich had been a simple comfort food for me, something nice and reassuring in the middle of the afternoon, filled with memories of childhood and innocence – straightforward, uncomplicated, yummy. Tuna, mayo, bread, GO!

Then, one day, a friend of mine gave me a tuna fish sandwich that had the addition of grated onion, diced celery, eggs, chopped sweet pickles, a squeeze of fresh lemon juice, salt, pepper, and mayonnaise mixed with a little half and half and my ordinary comfort sandwich became one of the most delicious things I had ever put in my mouth. My perception of the tuna fish sandwich bent, reassembled, and became something else. In that moment, through an act of artistic intent (for that is what good cooking is), what once was would never be again.

The hard and fast truth of the tuna fish sandwich I had held on to for so long was destroyed in that moment and, damn, if I am not the better person for it.

Anais Nin once wrote, “It is the function of art to renew our perception. What we are familiar with we cease to see.” For me, the tuna fish sandwich had become that nail hole in the wall that, after years of being there above your bed, you no longer notice due to its ever-present existence. By making it new, my friend brought this sandwich back to me in a unique way and forever changed my relationship with it.

Perception is the purview of the artist. In his or her creative hands lies the power to unleash new realities for his or her audience. By altering our relationship with that which we have ceased to see, the artist, god-like in a way, allows us to understand our place in the world in a more universal fashion.

I've been a fan of King's comics since I first read “Bookish”, his contribution to the first issue of the New Zealand comics anthology Faction. Issue three of Faction contained King's “The Night Limited” which cemented my sense that not only is King a phenomenal storyteller and cartoonist, but he is also an artist in the truest sense insofar as he uses his creative powers to move his audience from the staid and comfortable into wild places fraught with unexpected pushes to the softer parts of our brains. 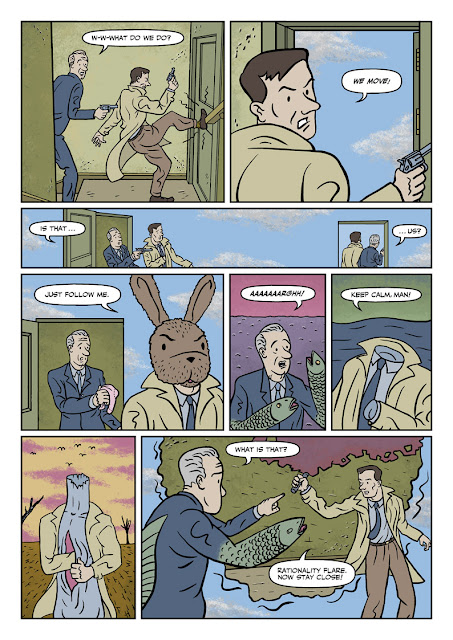 His stories are narratives insomuch as they have a beginning, middle, and end. His panels familiar, as they are clean, representational, Hergé-influenced, and artful. You can wrap your head around King's stories as you would any other popular comic, but within that process, things bend, unhinge, evolve.

And you are left with something else. Something new. Something beautiful.

On the back of Perplexing Stories, King calls this a “collection of seven surreal sequential ligne claire comic curiosities, curated for your bemusement,” which is as apt a description as there ever was. King works in the unexpected, the transformative, the surreal. He takes to heart Dali's dictum that “Surrealism is destructive, but it destroys only what it considers to be shackles limiting our vision.” Like Dali's work, King goads us to make new connections, challenges us to find the humor in the absurd, and pushes us beyond our calm self-restraint.

Perplexing Stories contains the previously mentioned ”Bookish” and “The Night Limited” which are wonderful to revisit. It also contains one of his early comics, “Transmission”, a crop-circle story that is bold in its unexpected structural completion; “Way to Go”, a poignant short comic King did in support of victims of the 2011 earthquake in Christchurch; and “Oh No, It's The Tripods!”, a one pager that just drops your jaw in the last panel. 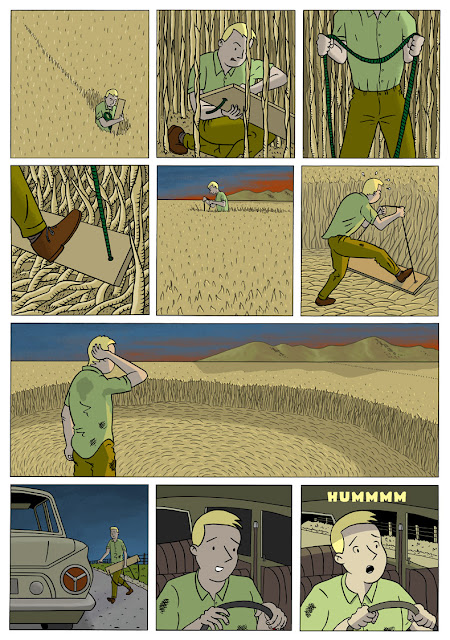 Of particular note, though, are the two stories that bookend this collection. The first story is called “Defense” – which takes the idea of a Thesis Oral Examination to places that only a true surrealist would think to go and, therein, makes it a glorious commentary on the process, the affectation, and the nature of this beast.

The final piece in Perplexing Stories is one of my favorite, though. “Threat Level” revels in and reveres the very idea of Surrealism, setting it up initially as something to be feared, an act of terrorism on reality, but, through King's understanding, is revealed to be something profoundly celebratory, necessary, and wonderful. I know that I will be returning to this collection again and again when I feel myself starting to bog down in the day to day; I know that reading “Threat Level” will always help me grab hold of the nuance that exists outside of my peripheral vision, the sight I need to continuously look at the world anew, and allow me to once again extol all the moments a person no longer sees because he or she has been staring at them for far too long. 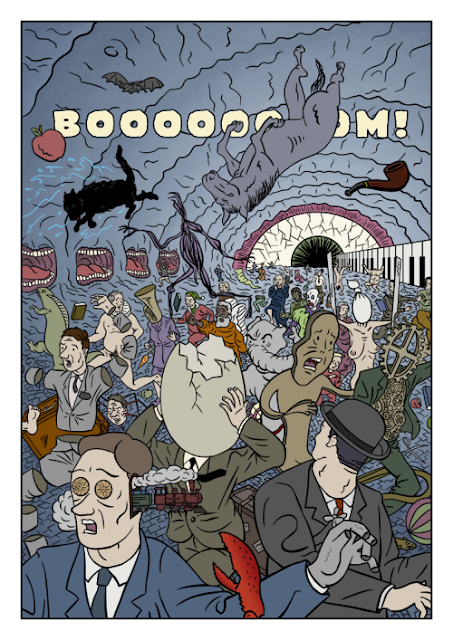 Let me tell you, he makes one hell of a tuna fish sandwich.

To find out more about Perplexing Stories: Middling Tales to Bemuse, go to Jonathan King's website, Eel Noir, at http://www.jking.co.nz/