My Continuing Crisis: Writing on CRISIS ON INFINITE EARTHS #5 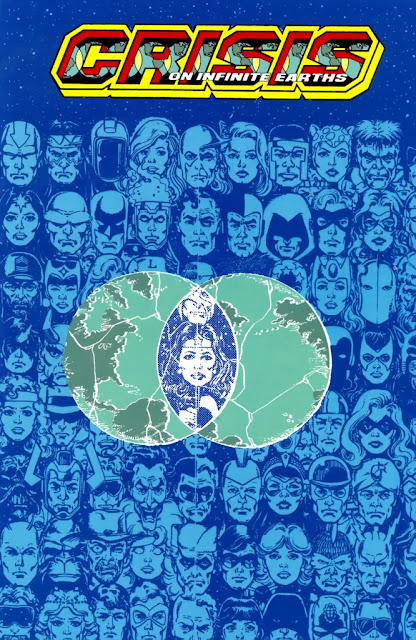 "I want to pick up on your initial point above, Sonne, that of “quantity equals quality”. You’re too young to know it, but this was sort of the battle cry of the go-go 80s. There we were, reeling from all the tacky and weird shit we consumed as a culture in the 70s, when finally our nation discovered Reagan and cocaine and the fact that indeed the clothes made the man and the Soviets still wanted to annihilate us and greed was good and anyone who wasn’t making it in America was simply a lazy fucker and why have two when you can have four and big hair and shoulder pads and consume or be consumed. USA! USA!

When we would make beer runs in the mid-80s, we would always be hollering “quantity over quality!”, because there was drinking to do, the end justified the means, and we had to wash down that plastic taste in our mouths from licking all the corporate assholes we could as we tried to climb that brushed chrome ladder of success (which totally falls apart as a metaphor, but whatever… look at how many words I was able to squeeze out of it).

So yea, of course Wolfman and Perez had to shove as much foul calf and pony meat as they could into this thin skinned casing because not only was that the zeitgeist, and how else are you going make sure that your fictional world will NEVER BE THE SAME AGAIN unless you cover us all in all of your spittle as you scream it in our faces over and over again.