When I reviewed the “Zero Issue” of Łukasz Kowalczuk's Vreckless Vrestlers Interdimensional Championshipway back in March my enthusiasm for it bordered on manic, having the audacity to “rate” it ALL THE STARS EVER. While my enjoyment of issue #1 of this series remains piqued, the fervor in which I express it needs to be tempered some. My doctor has warned me about these excesses. I have my health to think about.
Still – this thing is FUCKING AWESOME! 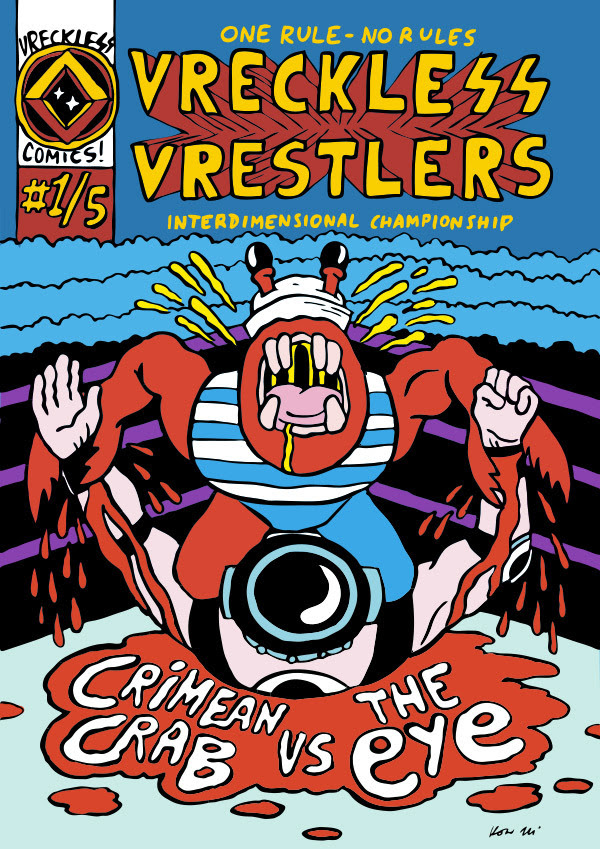 Issue #1 begins where the Zero issue left off and now the wrestling matches begin! This is a flip book, allowing for two different covers for two different fights. The first features Crimean Crab vs. The Eye, and it is bloody as much as it complex. What could easily just be a Bif-Baff-Blammo kind of smack around comic here is presented as a complex relationship story, full of heart and pathos. In a scant eight pages, Kowalczuk tells a story that, if made into a film, could easily last a good two hours. Such is the possibilities of comics – they rely on inference and embrace the abilities of its audience and, by doing so, are able to convey incredible stories in the reader's own imagination. Kowalczuk has this down; he is the Barton Fink of the wrestling comic.
Oh, I forgot to mention that this is a “silent comic” – Kowalczuk's art alone tells his stories. Let's see you pull that off, Fink. 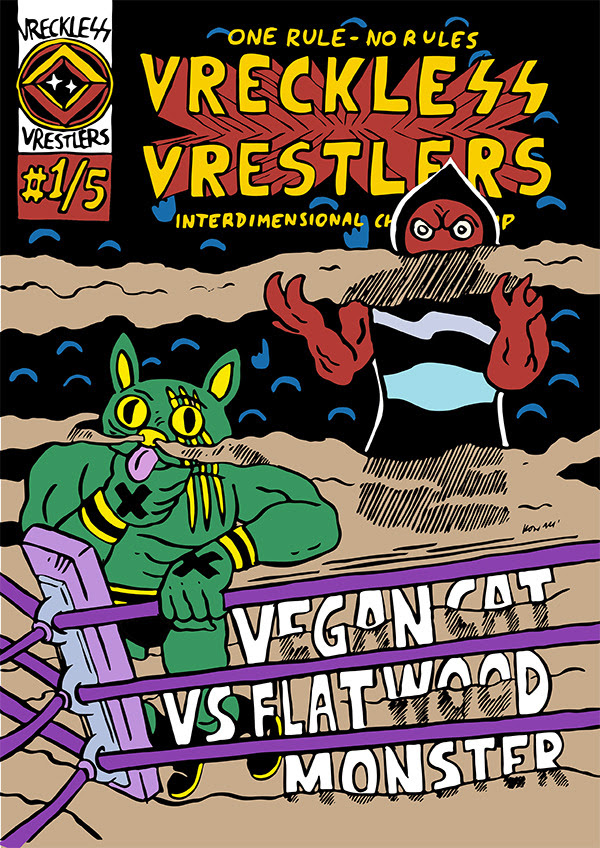 The second fight in issue one is between Vegan Cat and Flatwoods Monster. Here, the story is more violent, less complex, but equally exciting. It follows the classic trope of combat, of wrestling, of kayfabe, in which one wrestler dominates another until the beaten warrior gathers some inner strength and is able to overcome his opponent. Yet in Kowalczuk's hands, neither of this combatants is likeable, neither of them deserve our backing. What we have instead is the choice of bearing witness to savagery, a choice, unfortunately, we make time and time again. Who are we that revel so in the suffering of others? Who are we who so enjoy the vicarious thrill of beholding brutality?
We are animals, brother. Let the fighting continue! 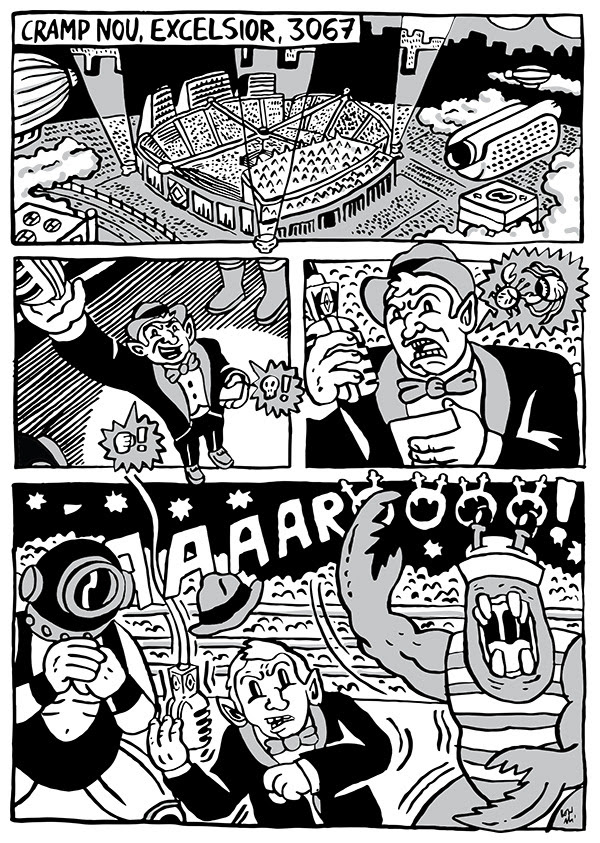 Vreckless Vrestlers is one of those comics that fellow CB writer Keith Silva cringingly calls “not for everyone” – but brother, this is for me, for all the reasons I've outlined and the questions it's spawned – for the sheer joy it exudes in its barbarity, for its construction, for its heart, for its artistic intent, a for everything that is so wrong about it that somehow it makes right.
You can pick up Vreckless Vrestlers #1 by contacting Łukasz Kowalczuk directly through his Tumblr.