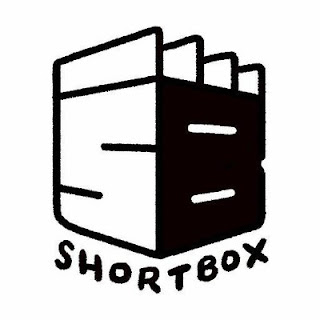 After three years of producing some of our most favorite comics out there, Zainab Akhtar and her crew have just announced the release of ShortBox the TENTH featuring a brand new title from James Stokoe about a massive crocodile god; their first dedicated all-ages title from Jessi Zabarsky, and a risograph-printed mech and alien fight-em-up from Wren McDonald. They're also debuting feature-length work from two new cartoonists, Michelle Kwon and Alivia Horsley.

If you are unfamiliar with ShortBox: 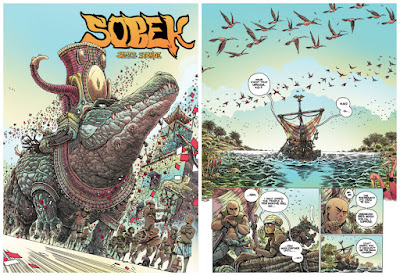 Sobek by James Stokoe, foil embossed cover, 36pp, full-color, oversized.
Life is pretty good being a gigantic crocodile god: spend your days lazing on the riverbeds of the Nile while your devotees shower praise and juicy offerings upon you. But Sobek's idyll is broken and he must limber into action when a distraught priest relays news of affront and vandalism from the followers of Set.  An all-new, unmissable stunner from James Stokoe. This book comes with an exclusive static-cling A4 PVC poster (colored but transparent, to be stuck on surfaces), which will only be available via the box. 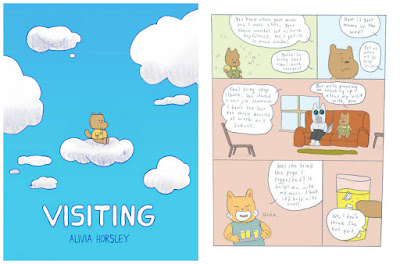 Visiting by Alivia Horsley, dust jacket cover, 42pp, full-colour.
Dylan has been preparing for a visit to her beloved Auntie. Moments together are precious, and lots of time spent reminiscing, eating, gardening. All the while, Dylan's trying to build up the courage to ask Auntie a big question on behalf of her mum, even as she wrestles with the idea of it herself. 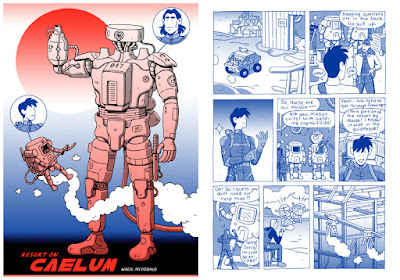 Resort on Caelum by Wren McDonald. risograph printed, 32pp.
Tobin is one of a group of fresh new recruits landing on Caelum working for Sinensis to build a new resort on the planet, and he's excited to meet the fighter mech-pilots he idolizes and to become one himself. Until it comes to battle, and it's not clear what exactly they're fighting, and why...
(This print run of Resort on Caelum will be exclusive to ShortBox #10 only) 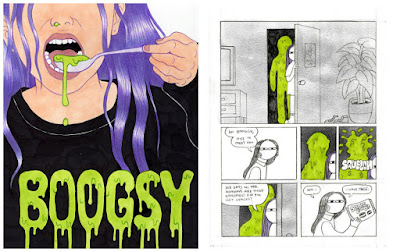 Boogsy by Michelle Kwon, spot gloss cover, 58pp, perfect bound.
Does sticky have to be icky? Mac's at one of life's dead-ends: no job, no motivation, no idea about what to do, and living at her twin sister's place while she (sort of) tries to figure it out. Into this picture arrives Boogsy- a boyfriend made up entirely of her apparently sentient boogers. The two instantly embark on a relationship, and, it seems, down a path of further self-destructive behaviors. 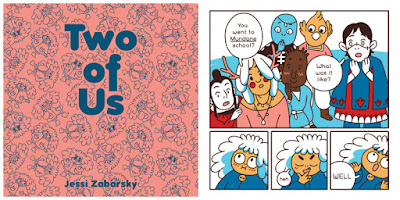 Two of Us by Jessi Zabarsky, 44pp, full-colour.
Febry has always wanted to be just like their enchantress mother: using magic to help people and do neat things, and going to magic school is a much-anticipated first step towards that. Febry's mum, long fascinated with the mundane world, has enrolled Febry to mundane school, much to their horror. Can the two worlds meet, or more pertinently, can the mundane world handle Febry... ShortBox is proud to present their very first dedicated, all-ages title by the wonderful Jessi Zabarksy! 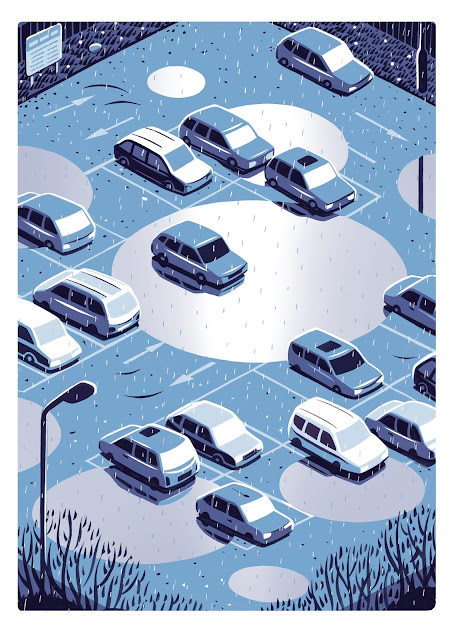 'Rainy Day' by Jon McNaught. A4 print with silver foiling, exclusive to box only.