Comics Reading as Voyeurism and the Illusion of Continuity and Narrative: Kim Jooha on CHRISTMAS IN PRISON by Conor Stechschulte 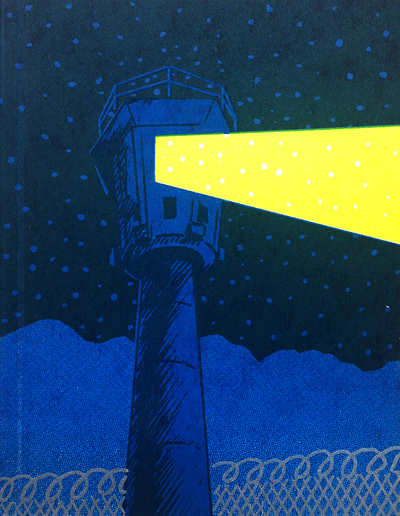 Exploiting the form and the mechanism of comics, Conor Stechschulte interrogates the most rooted assumption of comics reading in Christmas in Prison.

In Christmas in Prison, there are three sets of a dozen short comics distributed in seemingly random order, in that the same set of comics are not next to each other. 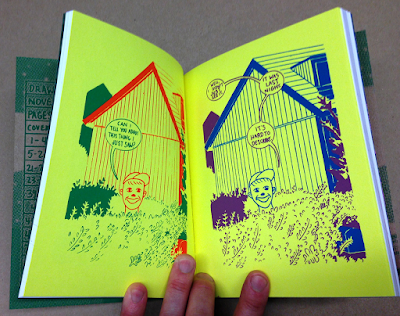 The first set has a panel on a page that features a character speaking directly to the reader. The overall page image is the same within the story, and only the words change. The characters talks and asks about peeking, mirrors, light, windows, shadows, silhouettes, dreams, memories, and perception. 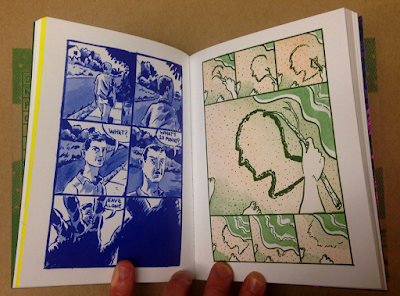 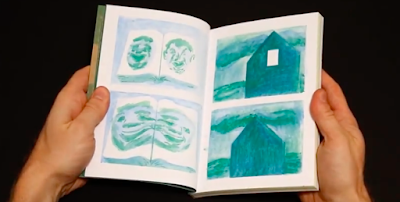 Another set of wordless comics has two panels on a page. It is more abstract in that it doesn’t show a character’s action. Several motifs that appeared in other stories also show up here: books, (reading) hands, water and clouds, trees, houses, windows, (street and desk) lights, shadows, and silhouettes.

An intruding gaze permeates Christmas in Prison as the second set of comics directly shows. The first set implies this gaze through its use of dialogue. The third set implicitly displays it.

It is natural for the reader to look for the theme of the entire book across the three sets since they are structured together within this book. Moreover, it is tempting and feels logical to do so because each set of comics seem to share the aforementioned motives of gaze, perception, reading, light, etc. However, under close scrutiny, these motives/images are indeed different. They are similar but not the same.

For example, the postman on the yellow page of the character talking on page 34 and in the second surveillance video on page 45 look incredibly similar. But the former is wearing glasses and short sleeves, while the latter is wearing a long-sleeves. 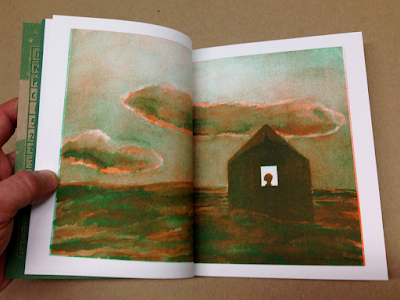 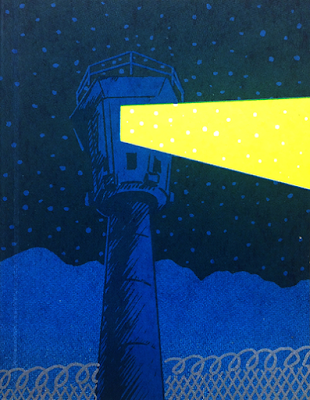 A watchtower on the cover is not in the forest, although the woman in the water says so. There is a fire at the end of the book, but it’s not on the prairie as she saw in her dream. 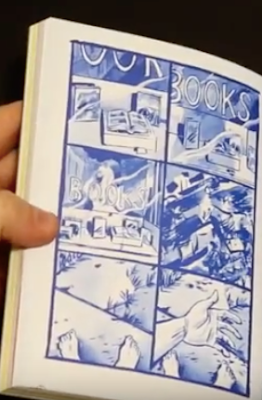 Finally, almost at the end of the book, we see the window of the bookstore. There is a book opened. With two panels on a page and a silhouette of a house, a person, and the water, it looks like the book refers to the book we are holding right now. But there are no such pages in Christmas in Prison. 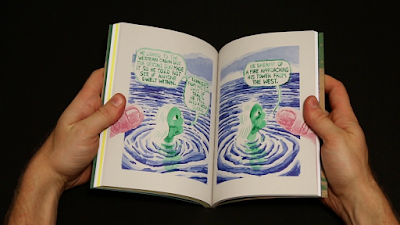 With the extra-fictional hands and characters talking directly to the reader, Christmas in Prison invokes self-reflexibility for the reader and encourages us to think about the act we are doing right now: seeing and reading traces of characters and their behaviors and, thereby, inferring their lives. The reader is not only seeing, but they are forced to gaze intensively to spot the differences in the images. Stechschulte forces the reader to contemplate the meaning of the lives of these characters who are the object of reader's gaze. Thus the reader becomes a peeping tom. The act of reading (seeing, understanding, and inferring) comics is another form of surveillance. Our voyeuristic desire makes us read and think about comics. 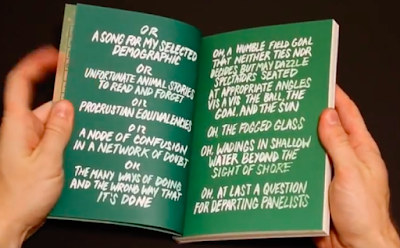 However, our attempt does not succeed. We expect the comic to have a theme, message, and narrative that unites the discrete parts. But Christmas In Prison refuses to have a unified story. It has a dozen different alternative titles. It defies the presumption of readers to read similar motives as Stechschulte relates them and, instead, emphasize their differences, just as individual stories are printed in different printing methods.

Comics consist of discrete units (panels), and we assume that these separate units (panels) are related to each other. We suppose that the similar image that appears in the later or previous panel refers to the same object. This is the principle of comics reading as the dialectic of repetition and difference as Thierry Groensteen argued in The System of Comics (1999). The reader creates a continuous story out of the discrete units. Christmas in Prison, with its aforementioned self-reflexive instruments, questions this principal assumption of comics. Our habit of finding sameness among different images as a comics reader deludes us to look for the sameness that does not exist, just as the book at the end of Christmas in Prison is not Christmas in Prison. It is an illusion.

Christmas in Prison, therefore, asks if the narrative of comics is an illusion that the voyeuristic reader looks for and carves out of manufactured memories of discrete images. An illusion which is a dream.

The disturbing feeling that occurs after the reading Christmas in Prison is both from confronting the truth of our voyeuristic desire and a yearning for the illusion of comics narrative. 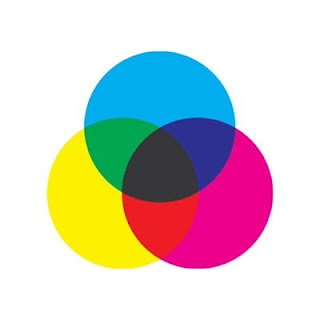 Kim Jooha lives in Toronto, Canada. She was Associate Publisher at 2dcloud. You can find her writings at goodcomicsbykim.tumblr.com and @realasianfriend on Instagram.