Stranded on The Planet of the Absurd: Reading Steve Gerber’s Guardians of the Galaxy 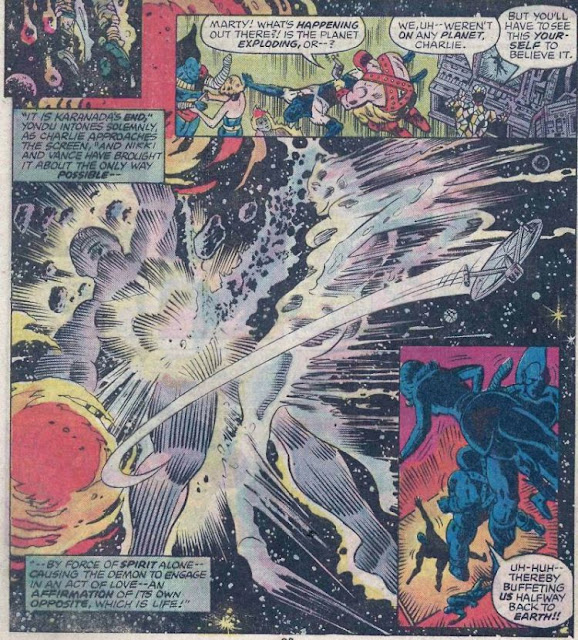 I’ve been feeling heavy of late, burdened by the seriousness of intent and thick with the art of the alternative. Maybe it’s a product of age. Maybe it’s a result of feeling the solemnity of maturity. Maybe it’s a lack of sleep or a preponderance of drink. Whatever … suffice to say it’s been a bit of a rough go of late.
Casting about for distraction from this lethargy, I sent a message to my dear brother-from-another-mother and avuncular comic book historian Jason Sacks that read something along the lines of, “Dude, I need airiness before I bore a hole into the earth.” His quick response was cast in the form of a dual syllabic yawp, “Gerber.” This, he followed with a wistfully whispered, “Guardians of the Galaxy.”
READ OUR FULL CONVERSATION HERE