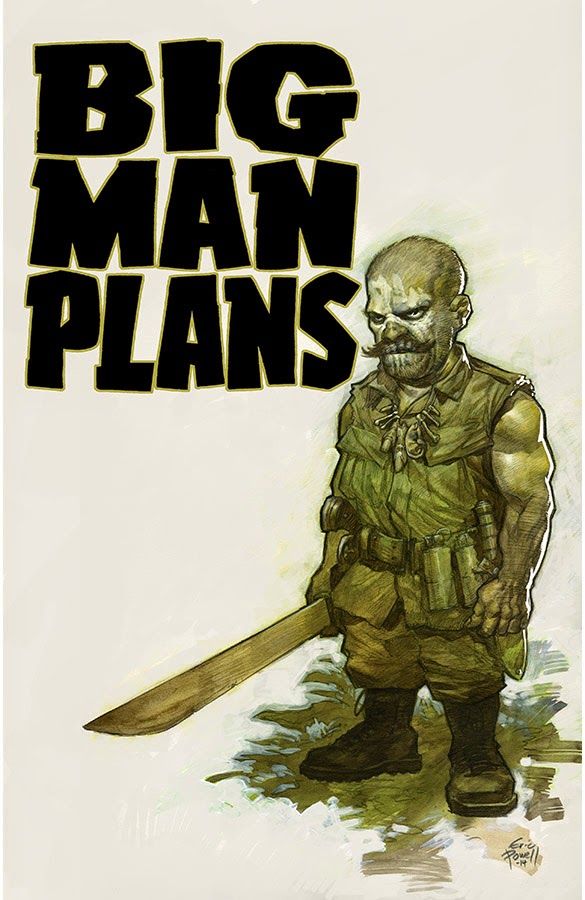 “It's dirty, dark, and frankly kind of fucked up,” says writer Tim Wiesch of his and Eric Powell's latest Image Comics salvo, Big Man Plans, a four issue series focused on the hatchet-wielding revenge fantasy of a ex-special ops dwarf whose number of fucks to give has reached zero. This first issue is all set-up told in sepia-toned flashback panels that race to be over with and, if nothing else, tug on the tear-filled teats of characterization by showing our Big Man being shit on by his genetics, his mother, his country, and life itself. If you are familiar with Powell's work, you've got this one already.

Yea, it's the outsider writ small in this case. Sometimes it takes a little man to do the big things. Yadda yadda. 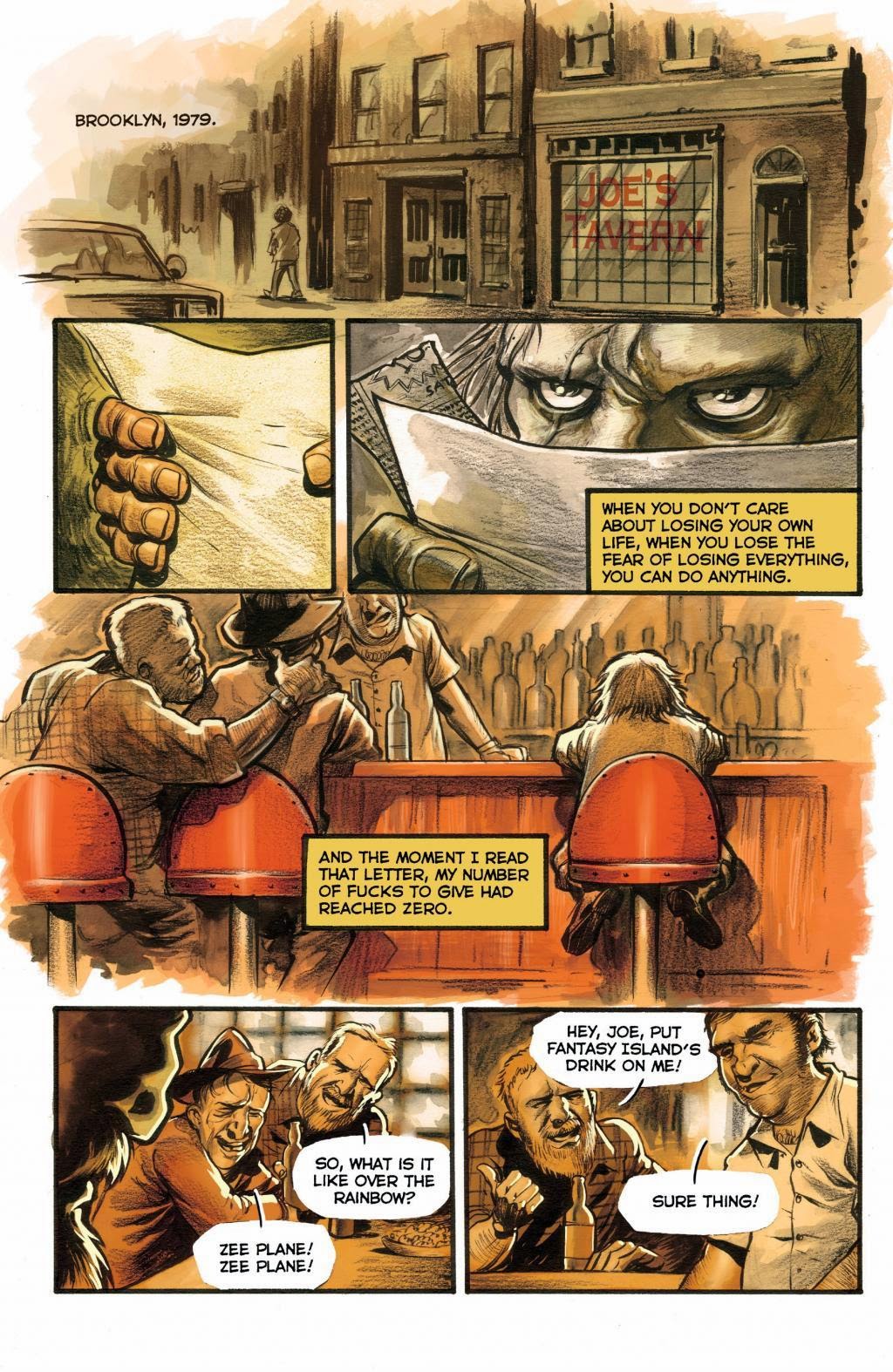 Still, in the current climate of social awareness, Wiesch and Powell take a big risk with their Big Man Plans. This is a comic, after all, that features lines like, “Getting drug into the street with your cock flapping in the wind tends to sour your temperament” and “If you don't like who I fuck, I'm happy to stab fuck holes in you bitches.” I guess if you have an angry dwarf mouthing the words, it's contextually soothing and therefore given a pass? We allow those among us who live with limitations to cross boundaries that polite society holds dear. We forgive because we “understand” – achingly so.

Wiesch and Powell are determined to push the boundaries of the good old fashion 1974 Charles Bronson mustache revenge drama by casting the hero as the smallest among us, the one whom nobody would suspect to be an angel of death, a man whose very existence should dictate certain impediments to such a cause. Remember that band The Hives? They sang: “But if you do it, do it good, Brutus. Real good! Like a little man should!” This little man has big man plans, and if the ending of issue 1 is any indication, he's gunna do them real good. 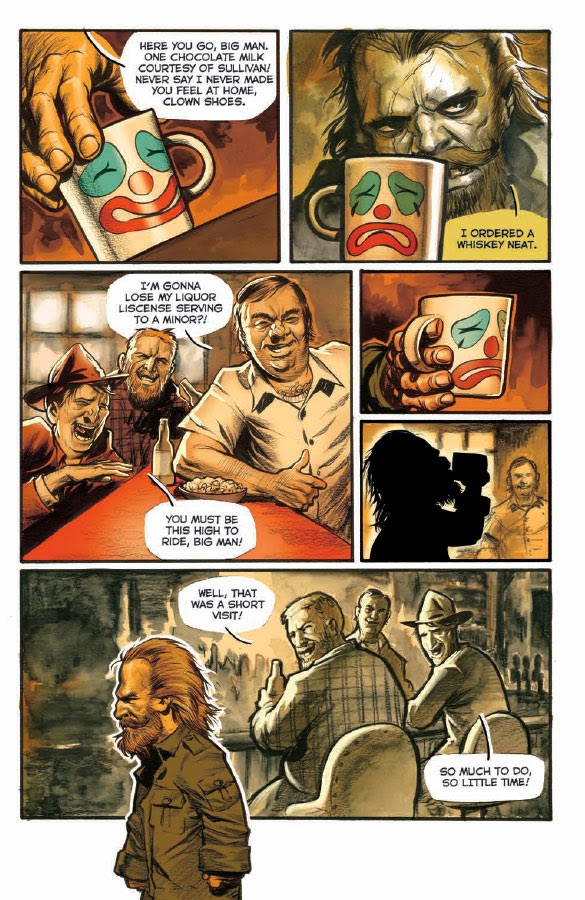 Powell is the perfect artist for this type of series. His character design thrives in that place between realistic representation and boffo cartooning and hits that sweet spot in terms of emotional engagement and fat dick slapstick comedy. In Big Man Plans, it seems like not only is Powell at the top of his game, but is having all kinds of fun illustrating this story.

Issue one of Big Man Plans is all necessary set-up. It's good for what it is. It's the comic you have to get through in order to enjoy the sticky sickly blood sweetness that is bound to start flowing in the following issues. Set us as it is with this book, Big Man Plans #2 is poised to be the issue people start talking about.