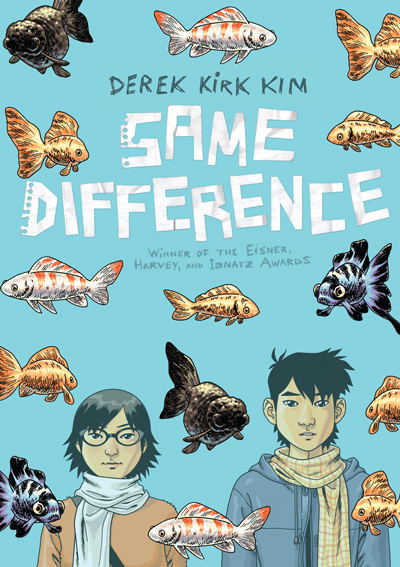 Originally published in 2003, the graphic novel Same Difference, by Derek Kirk Kim, has won the Eisner, Harvey, and Ignatz Awards. Now, First Second has re-released this classic in a new, redesigned hardcover edition, and it is good to have it back.

For those of you who haven't read it before, Same Difference is a story about Simon and Nancy, two “young people navigating adulthood and personal relationships.” The storytelling is immensely engaging, the characters are completely fleshed out, the art absolutely complements instead of distracts, and the pacing of the book is just about perfect. 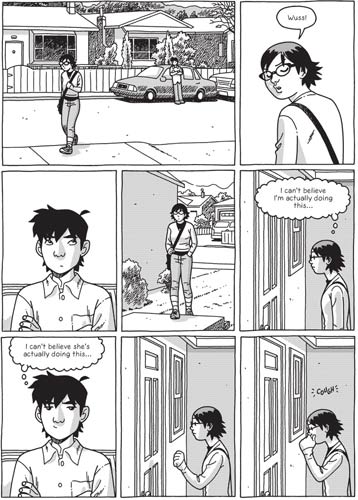 Simon is a character who is both endearing and kind of an asshole. Nancy has this duality as well. Then again, so do most of us (all of us?). The relationship that Kirk Kim has created between the two of them is so believable that there were times that I actually thought I was eavesdropping on their conversations.

While there is not a great deal of action in Same Difference, per se, and the “plot” of the narrative is sort of secondary to the character development, I was completely immersed in the world of this book as I read it. There's guilt, there's regret, there's envy, there's alienation, there's resolution, there's forgiveness, and there's a road trip. What more do I need from my entertainment?

Damn, Same Difference even has that.

Kudos to First Second for that.

Same Difference is one of those comics that does just about everything right. This hardcover edition would make a great gift for almost anyone this holiday season.