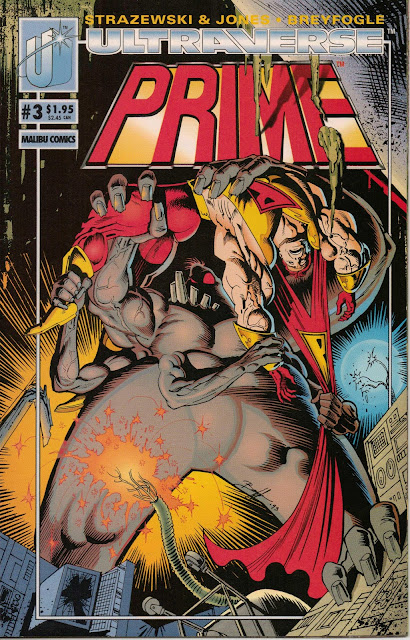 BLURP! PLAP! FWAP! FWIP! SPW
Ah, August of 1993. Reggie Jackson is enshrined in the Baseball Hall of Fame; Walter Koenig, Checkov of Star Trek, suffers a heart attack; Harrison Ford and Tommy Lee Jones are lighting up the screen in “The Fugitive”; the kids are grinding their hips in those halcyon sweaty evenings to “Peace Pipe” by Cry of Love; and mom and dad are glued to their sit-coms (Home Improvement, Seinfeld, Rosanne). Into this mix, Malibu Comics is hard-pimping their new Ultraverse Line to compete with those traitorous bastards at Image comics, and one of their flagship titles is “Prime”.
Click here to Read More »
No comments: