There’s an ignored old sailing man in his great-granddaughter’s house who’s now too tattered to conquer the seas, too frail to even master the stairs, shut in this brand new brick Colonial-style house in the middle of Kansas.
How he came here, passing through a series of exasperated “I’ve got too much going on already” and guilt-lying “We really don’t have the room,” is another ordinary tale of lives moving forward – the steps of the young leaving little in their wake – culminating in an eventual lipstick-caked, soft-hearted “okay” overcoming a gruff, beer-sodden “no.”
Now, so much after the fact, he spends his days sneaking into the too clean kitchen when everyone is gone and running the dishwasher, no matter what it contains, over and over again. He sits on the linoleum like a gray wounded octopus huddled against a rock, his ear pressed firmly against the brown metal front of the pulsating machine, listening.
Click here to Read More »
No comments:

”And in fact the only way I can deal with this eerie situation at all is to make a conscious decision that I have already lived and finished the life I planned to live – and everything from now on will be A New Life, a different thing, a gig that ends tonight and starts tomorrow morning.” – Dr. Hunter S. Thompson, PhD.
KEITH SILVA: With apologies to Raymond Carver: what [do] we talk about when we talk about endings?
As I began to write about the end of Eel Mansions — actually, rewrite would be more accurate since Elkin said my first attempt at this review read like I was smoking banana peels again followed by a nutmeg chaser — I took to the warm cottony solace of research i.e. strong black coffee and the internet as a way to spark my imagination. Always the nerd.

The internet claims the existence of a television program called Supernatural. In a voiceover in the fifth season, episode 22 to be exact, a character by name of Chuck says: ”Any chapped-ass monkey with a keyboard can [shit] out a beginning, but endings are impossible. You try to tie up every loose end, but you never can. The fans are always gonna bitch. There’s always gonna be holes. And since it’s the ending, it’s all supposed to add up to something. I’m telling you, they’re a raging pain in the ass.” As another television personality (and one I have more currency with) Ralph Wiggum might say, ‘Endings? That’s unpossible!’
Ralph and Chuck are right. Besides spotty wifi coverage, a decent 180g repressing of Skip and Flip’s ‘Hully Gully Cha Cha Cha’ and Bâtards with a respectable mouth feel that, at least, look like they weren’t rolled by robots, haters love to hate on endings. Copious uses of words like ‘stick,’ ‘didn’t’ and ‘landing’ are commonplace in said discussions as if the aggrieved parties were all judgey-Le-judgersons and 2002 never went autumnal. The divine right to bitch once the final page is turned or a favorite entertainment shuffles off its coaxial cable is universal.
Enough with the windup, here’s the pitch: Eel Mansions #6 eschews the bitch. Derek Van Gieson may have ninety-nine problems but that bitch (the one about sticking the landing) ain’t one, son.
Revelations occur, comics are read and all are made aware, ”you haven’t heard [Black] Sabbath until you’ve heard ‘em with saxophones!” Speaking of which, in the parlance of the ‘record store guys,’ Eel Mansions #6 is less Last Waltz and more Sex Pistols at Winterland. Instead of an ending-ending, Van Gieson offers more of a conclusion made more useful by its inconclusiveness. It stands we may never hear surf music again, but Janet, Armistead, Frank, Bert, demon baby Chee-Chee, Shelby and Bruno endure. And we may thank God for it.
Click here to Read More »
No comments: 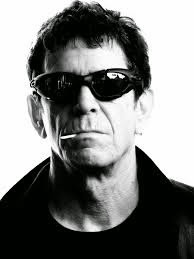 Last weekend I was wandering around the Alternative Press Expo in San Francisco gazing at all the art and zines and comics on display when I rounded the corner and a small comic called DARK PANTS by Los Angeles artist Matt MacFarland caught my eye. With a title like Dark Pants, you can understand why.
Be forewarned, for the rest of this review I will be writing the words “dark” and “pants” as often as I can.

Dark Pants #1 is the first part of a larger narrative telling the story of a mysterious pair of Dark Pants that travels around LA changing the lives of those who put them on. Issue #1 tells the story of Middle School Computer Science teacher Diego who’s still feeling the effects of a recent romantic breakup. Diego has lost his verve, his sense of self, and his masculinity at the same time. Life has lost its salt and he’s stuck looking backward at the expense of his future.
Then, impulsively, he buys the Dark Pants and everything changes.
Click here to Read More »
No comments:

Loud Comix, a collection of “tales of glory, humiliation, terror, and the abnormal” written by a group of leading lights from the Southern Punk Rock scene and illustrated by Jamie Vayda, is back again with issue #4, and this one is louder and cruder and more fucked-up than any previous issue. Issue #4 features a guy falling out the back of a trailer home trying to take a piss, a Punk Rock Detective who may be a dick but gets the job done, and other sordid stories about running Moonshine, a dead snake, and a Christmas party with co-workers that becomes an unforgettable mess for all that attend. It’s raucous fun that don’t give one tug of a dead-dog’s dick what you think about it.

These are Comix, after all, and Comix don’t take no crap. Comix ain’t for the sensitive or the dainty or the social justice advocate; they are all about tits and booze and cocks and drugs and fucking and shitting and screaming. And Loud Comix is hollering all this louder than anything else you got going on right now. A matter of fact, it’s got its own PA system and they’ve turned those volume knobs all the way up.
Remember when noted American Punk Rocker Henry David Thoreau (1817-1862) wrote, “Let everyone mind his own business, and endeavor to be what he was made”? I’m pretty sure he was writing about Comix – the zine scene around Walden was killer back then.
Sure, Loud Comix probably won’t go down in history for its literary merits or highbrow approach to lowbrow humor. But that’s okay, muthafuckas, cause it kicks out the jams.
Click here to Read More »
No comments:

Pliant Press and Top Shelf Productions have released Lars Martinson’s Xeric Award winning Tonoharu: Part One in a redesigned paperback edition. This is worthy of celebration as Tonoharu: Part One is an amazing work and Martinson is an artist who deserves wider acclaim for the task he has undertaken in service of his muse.

Ostensibly, Tonoharu “tells the story of a young American who moves to rural Japan to work as an English teacher.” This is a framing device for something larger, providing a springboard for an examination of social mores, concepts of culture, ideas about the nature of language, and, above all else, how we connect with each other. These are big ideas of course, ones that require deft hands to balance without tipping. Martinson has those hands
In its 128 blue and black pages there is a certain heaviness to Martinson’s art, though none of it heavy-handed. Each panel bears dense cross-hatching of fine and uniform lines, an at-times nearly impermeable sieve that never diminishes a sense of space as he creates engaging perspectives with dynamic triangular compositions throughout. There is an almost obsessive attention to background detail. The energy released from Martinson’s ink creates a wave-like frequency despite the absence of nearly any curved lines. This visceral tension mirrors the protagonist’s painfully tense emotional interior, a tension also inherent in Japanese culture and the language barrier it presents.
And it’s subtle.
Click here to Read More »
No comments:

(Zejian Shen)
Zejian Shen’s 44 page, black and white comic Keep Fresh, draws a thick, black line between our desires and our nightmares. From a Freudian perspective, it functions as a psychic apparatus, reflecting the Id’s cascading Raman noodles of unrestrained hammer bashing, all the while constrained and sweating condensation in the white Styrofoam take out package of the Super Ego. To further the metaphor, Shen’s cartooning is the Ego balancing the two desires, making sense of the chaos, translating foreign matters into a pidgin-English lexicon you can “easily fit a grown man inside”.

Is this a love story gone wrong – some sort of Shakespearean case-of-mistaken-identity comedy staged by Antonin Artaud as Theater of Cruelty? Or is it an exploration of our inherent desire to escape the inanity of the mundanity of our slogging day-to-day, a world where products like “The Rocket Plug” and “Blood Away” make as much sense in terms of escapism, as does a diet designed to “achieve the gaunt and chiseled dark lord body of your dreams”?
Whatever the intent, Keep Fresh provides us with a take-out menu of a media saturated world restaurant where love and justice and child-rearing all require a certain blood letting. It describes a place where our desires run counter to the formality of expectations because that’s what we’ve become, that what we deserve. Shen draws us into an atmosphere where savagery is wrapped nicely in a polypropylene glycol bag that has a Smiley Face emoticon emblazoned on its front. The Face stares blankly at us, its Smile more of a “Come-at-me-bro” than an exhortation to celebrate.
Click here to Read More »
No comments: