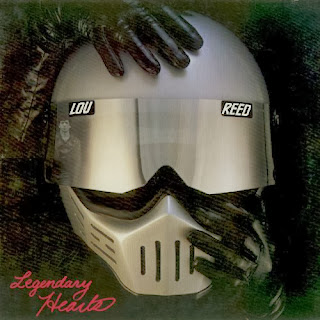 But this is not an album brimming with love songs, rather it explores the complexity that exists in being in a relationship with Lou – power games, jealousy, and abuse are all mixed together with traditional ideas of love.

Robert Quine is credited on guitars for this album, but the story goes that Lou went back into the studio before the album was released and re-mixed it to the point where you hardly hear any of Quine's contributions whatsoever.

Turn Off The Light – Something about this song is tender. I mean he even calls the evening “itchy gitchy” while addressing his “lover” – but there's a paranoia riding the undercurrent in this track and the idea that the light is “way too bright” doesn't bode well for the future of this relationship.


Make Up My Mind – Once again, paranoia and power are at the heart of this song. For an album dedicated to his wife, this is pretty abusive. Lou's trying to figure out what he's doing in this relationship and who will be doing the eventual “leaving”.

Spoiler: It was Lou.


Betrayed – Lou's voice sometimes takes a turn for the worst – and when it does, it becomes this thing that kind of throbs in a fetid puddle by the side of the road. Somehow that sound is perfect for this nasty little song which accuses and belittles. Once again, Lou seems to be seeking pity here, to be recast as the victim as he stomps on what is left of his crumbling relationship. Rumor has it that before she married Lou, Sylvia had a short affair with John Cale. Is this the petty betrayal at the heart of this song? Given Lou's obsession with power, it certainly could be.