Poets You Should Know -- JOHN BRADLEY 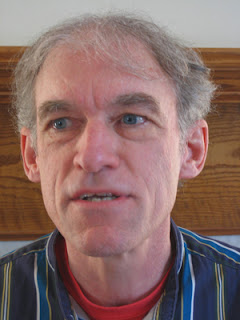 John Bradley was born in Brooklyn. He grew up in Germany, Massachusetts, Nebraska, New York, and Minnesota (Wayzata!). His itinerant childhood was a result of his traveling salesman father. He has always loved books. Music is a big influence upon him. The lyrics of bands like The Beatles and The Doors made him want to start writing poetry. He has published a number of collections of poetry and also has taught at Northern Illinois University.


THE ACCIDENT
Spud, that was her name. It said so in black ink on the strip of adhesive tape stuck to the front of her pink and white checked shirt. Spud. I had just rolled over a little girl named Spud.
I was backing the car, this old Sportabout wagon. The car picked up speed, the brakes couldn't slow it down, and the back window was so fogged I couldn't see anything. The car kept going faster and I did it. I rolled over something. It felt like squash, something starting to rot. Then the car stopped.
He came running up to the car, this man with the little girl in his arms. He looked Japanese, but I wasn't sure. He said nothing, not a word, but he had this look on his face. He wanted to cry and he wanted to kill me. I don't blame him.
He brought the girl to the driver's door. But I wouldn't open it. I reached back to the door behind me, unlocking it. I didn't want him to place the girl in my lap. No, anything but that.
That's when I saw her name. He placed her on the back seat. And I saw it. Spud, it said. She was blond, five or six years old. Maybe this man had adopted her, or maybe he was simply looking out for her today.
In his hand, I could see he held something. Something for the little girl? No, a can of mace. He sprayed me in the face. I knew he had to.