Poets You Should Know - Larry Levis 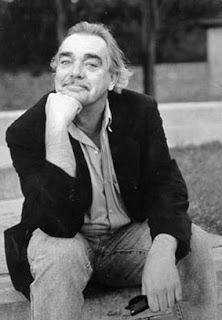 
Larry Levis was born in Fresno, California, on September 30, 1946. The son of a grape grower, he grew up driving a tractor, picking grapes, and pruning vines of Selma, California, a small fruit-growing town in the San Joaquin Valley. He later wrote of the farm, the vineyards, and the Mexican migrant workers that he worked alongside. He also remembered hanging out in the local billiards parlor on Selma's East Front Street, across from the Southern Pacific Railroad tracks.

Levis taught English at the University of Missouri from 1974-1980. From 1980 to 1992, he directed the creative writing program at the University of Utah. From 1992 until his death from a heart attack in 1996 he was a professor of English at Virginia Commonwealth University, which annually awards the Levis Reading Prize in his remembrance (articles about Levis and the prize are featured each year in Blackbird, an online journal of literature and the arts).

Levis won the United States Award from the International Poetry Forum for his first book of poems, Wrecking Crew (1972), which included publication by the University of Pittsburgh Press. The American Academy of Poets named his second book, The Afterlife (1976) as Lamont Poetry Selection. His book The Dollmaker's Ghost was a winner of the Open Competition of the National Poetry Series. Other awards included a YM-YWHA Discovery award, three fellowships in poetry from the National Endowment for the Arts, a Fulbright Fellowship, and a Guggenheim Fellowship. His poems are featured in American Alphabets: 25 Contemporary Poets (2006) and in many other anthologies. Larry Levis died of a heart attack in Richmond, Virginia on May 8, 1996, at the age of 49.

Read one of his poems after the jump.


TOAD, HOG, ASSASSIN, MIRROR
Toad, hog, assassin, mirror. Some of its favorite words, which are breath. Or handwriting: the long tail of the ‘y’ disappearing into a barn like a rodent’s, and suddenly it is winter after all. After all what? After the ponds dry up in mid-August and the children drop pins down each canyon and listen for an echo. Next question, please. What sex is it, if it has any? It’s a male. It’s a white male Caucasian. No distinguishing birthmarks, the usual mole above the chin. Last seen crossing against a light in Omaha. Looks intelligent. But haven’t most Americans seen this poem at least once by now? At least once. Then, how is the disease being . . . communicated? As far as we can determine, it is communicated entirely by doubt. As soon as the poets reach their mid-twenties they begin living behind hedgerows. At the other end of the hedgerows someone attractive is laughing, either at them, or with a lover during sexual intercourse. So it is like prom night. Yes. But what is the end of prom night? The end of prom night is inside the rodent; it is the barn collapsing on a summer day. It is inside the guts of a rodent. Then, at least, you are permitted an unobstructed view of the plain? Yes. And what will be out there, then, on the plain? A rider approaching with a tense face, who can’t see that this horse has white roses instead of eyes. You mean . . . the whole thing all over again. Unfortunately, yes, at least as far as we are permitted to see.