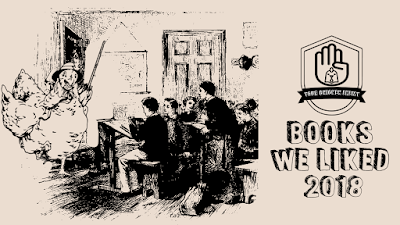 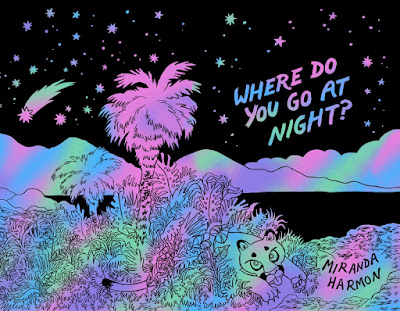 Where Do You Go At Night?
by Miranda Harmon
Self-Published
More Information HERE

Where Do You Go At Night? is a charming, self-published 28-page collection of short autobiographical comics that center on Harmon’s move to Southern California. This is a humorous and sensitive comic from a cartoonist that radiates talent. Harmon, a graduate of the Sequential Arts Workshop (SAW), is a gifted storyteller who perfectly captures the daunting and exhilarating feeling of moving to a new place. In the comic, Harmon explores her new home, going on bad dates, making new friends, and pondering what it means to grow and change. Her strong drawing skills are revealed in her thoughtful character design and the care in which she renders her environments. In addition to a dose of whimsy, Harmon’s comics have a touch of the surreal. Whether she depicts herself as a human woman or as a busy cat going grocery shopping, her ability to communicate a nuanced mood shines through. I purchased this minicomic directly from Harmon at the Small Press Expo. At the time of this review Where Do You Go At Night? is out of print but will be reprinted next year. Several of Harmon’s other comics are available through Radiator Comics. 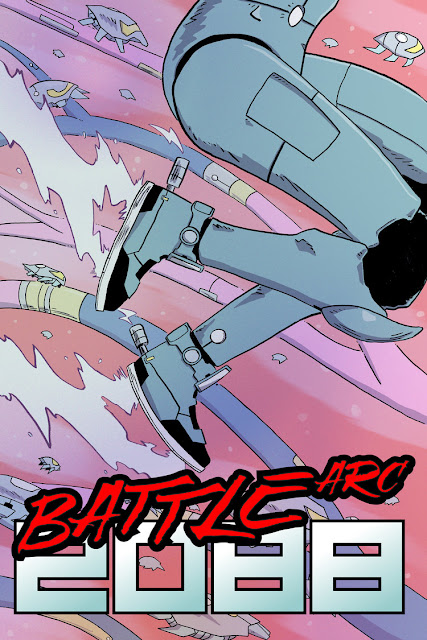 Battle Arc 2088 is a tightly plotted comic set in a Day-Glo cyberpunk future. In this 40-page comic, Djeljosevic and Cook present a cautionary tale of what we may encounter when our biology becomes inextricably linked to proprietary technology. The story follows scientist turned crusader Zell as she navigates wearing a stolen experimental super suit called the Battle Arc. The suit allows Zell to fight people who have augmented her bodies through sophisticated biohacking. While Djeljosevic and Cook have created a fascinating future world where chaos rules, their biggest strength lies in creating a compelling protagonist with genuine pathos. Zell is a refreshingly heroic character with a strong moral compass. Her sincere desire to do what is right for all of humanity drives the story and this strong characterization adds heart and poignancy to what could have been a visually appealing but more general sci-fi story. I purchased Battle Arc 2088 by supporting the comic’s Kickstarter campaign, but it's now available on Gumroad for download. 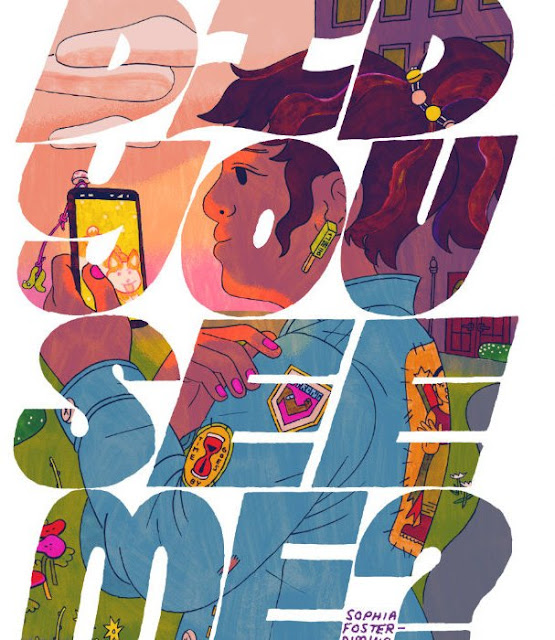 Did You See Me?
by Sophia Foster-Dimino
Published by ShortBox
Available HERE

The idea of a definitive, whole self has always been fantasy, but in 2018 we seem more capable than ever of fracturing, of presenting only select facets to select groups of people. Who are you on Twitter? On Facebook? At work? With your partner? When you dream? Where and in what ways do our collections of personae overlap, what does it mean to know someone, and what does it mean to be honest? These are heavy, complicated ideas that Foster-Dimino seems perfectly at home with. By using different styles for the waking world and the dream world, by presenting the spaces of Twitter and television via different layouts, she establishes firm boundaries between these areas, boundaries which are perfectly subverted by the narrative.

On its surface, Did You See Me? is just a story about a person moving from one relationship to another, but the continued juxtaposition of uniform narrative and distinct artistic style begs the reader to question their own reality. What is a real relationship? Is a person being unfaithful if they dream about (or share dreams with) someone else? What if it feels like infidelity to the dreamer? How different is that dream space from the ether between two people's computer screens? Foster-Dimino encourages this kind of questioning in the reader while being brave enough to avoid offering a clear answer, which has left me thinking about Did You See Me? since it arrived in my mailbox earlier this year. 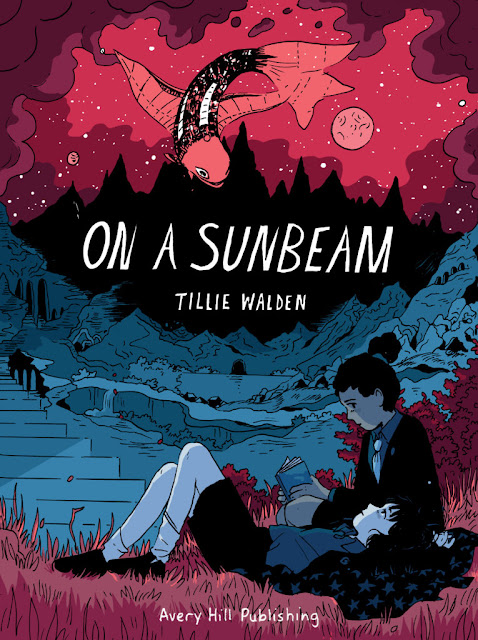 Yes, I am using the print publication of On a Sunbeam to justify mentioning it the year after it was finished. No, I do not feel guilty about finding a loophole to praise one of the best cartoonists working today. Tillie Walden has a knack for distilling emotion and expression into essential, smooth lines. Her faces are simple without sacrificing any human complexity. It may sound cold to describe it as "efficient," but I think it's apt. The style of Walden's characters allows the reader to quickly and easily read the human dynamics of a scene to then absorb her narrative, her worldbuilding, or even just her backgrounds.

While The End of Summer had its Little Nemo connection, On a Sunbeam more closely walks in the steps of Winsor McCay, with Walden giving herself permission to create and explore fantastical worlds unburdened by the small chunk of history we have carved out on Earth. Her limited color palettes somehow allow the comic to pop in a way that would be impossible with a full range, and they help clearly establish tone and time. It would be a joy simply to come along for the ride as Walden draws whatever world she sees fit, but the characters she gives us feel both familiar and wholly new. The relationships of a crew of scavengers/restorationists and a cadre of boarding school students would each be enough to carry a 500-page tome like On a Sunbeam, but here we get both as Walden weaves their timelines for a story of love and humanity that is epic in scope. 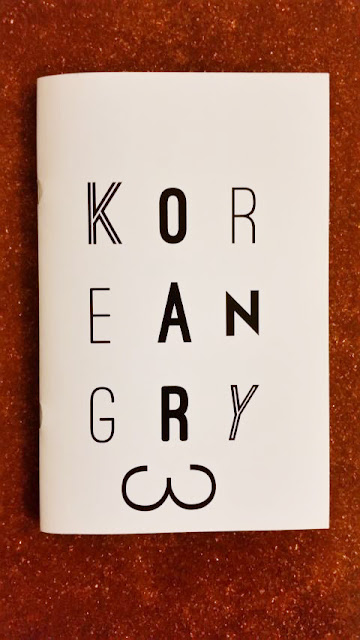 Koreangry 3 is the third issue of the Koreangry series, a self-published comic by Eunsoo Jeong. It features a series of photographs of a plasticine-like version of the author, bug-eyed with cartoonish foam hair, a crooked tooth, and a pair of irate, bushy brows furrowed into an acute “v”. Jeong then poses her model in miniature dioramas full of the most fantastic, tiny props: beer bottles on her bedside table, a basket full of Korean spa toiletries, a pot of a dead plant in her office, its leaves scattered on the floor.

True to its title, in a mere 24 pages, Jeong delivers a torrent of expletive-laden rants on weighty topics such as sexism, racism, work precarity, and anti-immigration in the US. Jeong's depictions of herself as outlandish and unfeminine are refreshing because she is never self-deprecating and has a great sense of comedic timing. The entire series is recommended. 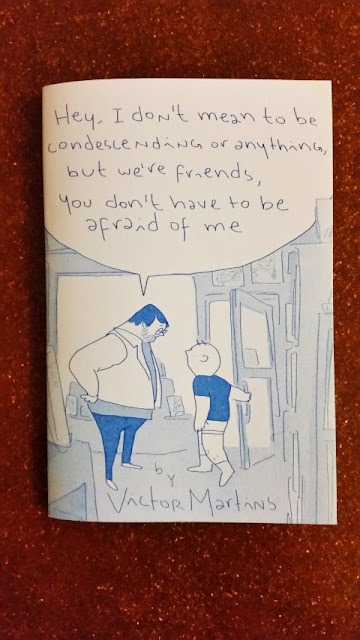 Victor Martins' You Don't Have to Be Afraid of Me is a self-published, two-color riso, autobio comic. It employs a disarmingly cute cartooning style to Trojan-Horse you right into Martins' personal experiences in overcoming gender dysphoria, gendered violence, and self-harm.

Despite the comic's brevity, it manages to pack in a powerful mix of cultural critique, vulnerability, and a touch of humor. Do not be fooled by the simplicity of Martins' drawings. His economical linework is precise and his figures expressive. His use of text is also disarmingly casual, only to be deployed on one page in a memorably graphic manner to devastating effect.

All in all, it's a very personal story that reminds me how the autobio genre in comics can convey an immediacy, intimacy, and vibrancy that cannot be found in other mediums. It also shows us that there are still vibrant, fresh narratives to be found in autobio work. 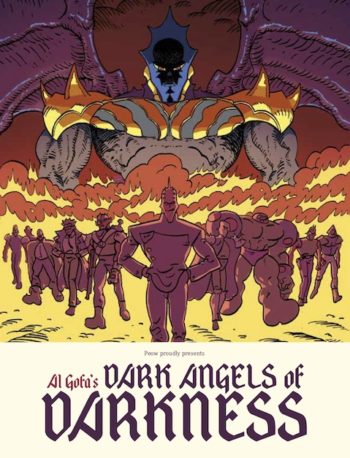 Dark Angels of Darkness
by Al Gofa
Published by Peow Studio
Available HERE
Sweden’s Peow Studio always put out beautiful comics (I reviewed their Ripples here last year) and Dark Angels of Darkness is no different. Al Gofa’s macho wasteland punching epic follows military mastermind Megan, superspy Garo and killing expert Symba in their quest to overthrow the dictatorial Imperius Rhâââ, an all-powerful being who has imposed a law making the act of fusion -- two beings combining and becoming one -- punishable by instant death. Gofa’s writing is self-aware and knowingly goofy, stopping just short of full-on parody, and the fusion-based conceit gives ample opportunity for him to bombard us with new characters (each with their own full-page pin-ups) and excuses for fight scenes. Despite the homage-heavy premise (Gofa’s admitted touchstones of video games, 90s action figures, and 80s manga are all well served) Darkness’ sense of humour, expressive brush lines and lush colouring -- all yellows, oranges, and purples -- make for a dynamic and fresh book that sits perfectly within Peow’s catalogue. The most metal comic I read this year! 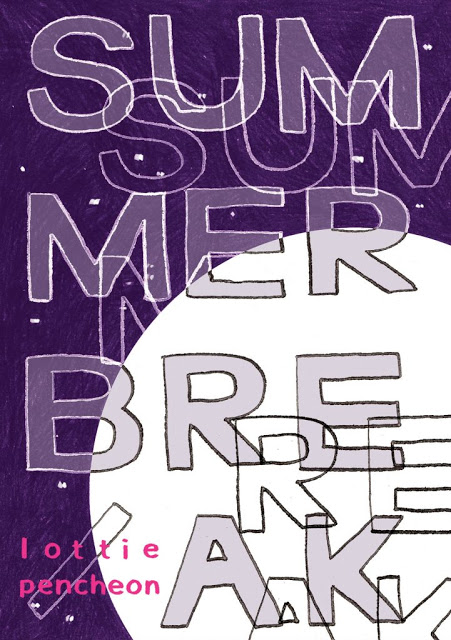 
Lottie Pencheon is making some of my favorite minicomics in the UK at the moment. A shift in tone from her shorter joke-driven work, Summer Break is a foray into heavier stuff, being explicitly autobiographical and dealing directly with depression, disassociation and a general, undiagnosable feeling of malaise. The book finds Lottie in the middle of a mental health crisis that she can’t begin to fathom or understand. Unsure as to whether her symptoms are indicative of larger issues or simply a vitamin B12 deficiency, she opts to continue with a planned family outing to the country -- where things only continue to get worse. The longer format allows Pencheon’s art pencils and colors really shine, and as Lottie’s mental state worsens, Pencheon’s world deteriorates with her: environments begin to fall apart, objects begin to trail, and interior discourses between two interior Lottie’s -- Summer Break’s equivalent of the classic angel and demon on the shoulder -- begin to erupt into chaos. Pencheon’s sense of humor and pure cartooning skill allow her to navigate the subject matter without veering into the self-exploitative or the twee, and it quickly becomes clear that Summer Break is a highly personal and cathartic work -- not to mention a compelling and affecting one. 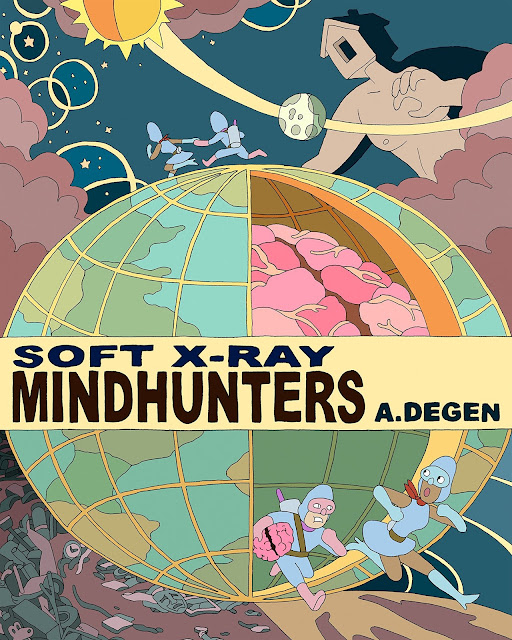 
A. Degen is a weirdly formative figure in my comics reading and practice. His story in Snake Bomb Comix #2 was one of the first small press comics I ever read, and as a result, I feel almost genetically predisposed to like anything he puts out. Like much of his previous work, Soft X-Ray/Mindhunters is wordless, telling two stories — Mindhunters, about a pair of masked brain-based vigilantes, and Soft X-Ray, about a group of abstract god-beings — in tandem, using images alone. Degen tends to maintain an obscure bedrock of esoteric philosophical, religious and literary thought underneath what are essentially poppy and colorful sci-fi stories, and that continues here. He made his first work while living in Japan, and pop-art flavours of Tadanori Yokoo illustration, Sasaki Maki comics, and children’s live-action tokusatsu programming run throughout the book -- belying many of his more academic influences (i.e: the ones I am too stupid to ‘get’ without using google) -- while his clear line, detailed environments, and emphasis on purely visual storytelling work together to provide a lush, dense and satisfying read. In turns funny, dramatic, mysterious and incomprehensible, Soft X-Ray/Mindhunters is Degen’s most ambitious book to date and a comic that I fully recommend.