Books in Bites 20: HALLO SPACEBOY by Beth Barnett, A LONE DEER AT THE END OF THE WORLD by D. Bradford Gambles, and DOG NURSE by Margot Ferrick

Quick Reviews of Some Books I Picked Up at SPX 2018 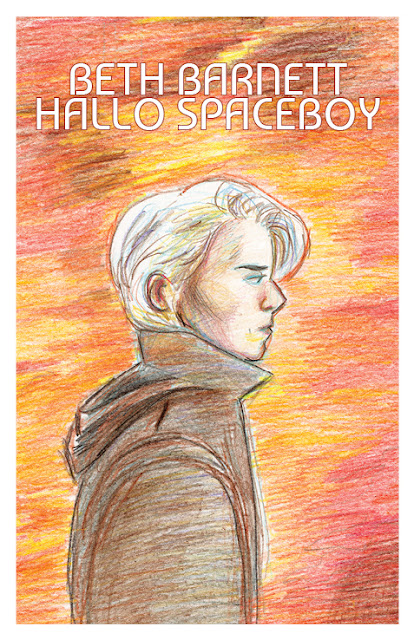 The earnestness of Beth Barnett’s Hallo Spaceboy is what sets it apart. Part autobio, part ode, this short, self-published comic is a love letter to an idealized David Bowie and his place in Barnett’s life as the “creative parent”. As an exploration of identity, this collection of three short comics points to the importance of influence; how, in the midst of feeling like an outsider, the greatest gift a person can receive is someone with whom they can identify. When Ziggy Stardust cries out “Oh no, love, you’re not alone … Gimme your hands, ‘cause you’re wonderful” there is connection, affirmation, and purpose. This becomes a powerful spur towards self-validation and a boost to the creative impulse. Barnett lays this bare here, and, in doing so, she connects herself to the larger group -- to those of us who found community in the idea of Bowie. 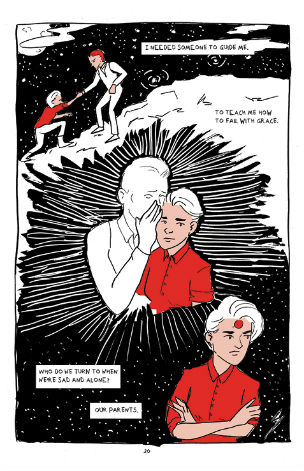 Adding to this, Barnett viscerally captures the experience of January 11. 2016, when so many of us awoke to news of Bowie’s death. Walking through a snow-covered park, Barnett thinks “Why am I taking this so hard?” and the answers she finds are the answers so many of us found on that day. Like Barnett, I, too, “drowned” in Blackstar that day, trying to find that last piece of truth that I felt that I needed from a man I’d never met and yet had played such a pivotal role in my life. Barnett’s cartooning, with its simple lines and compelling use of negative space, carries the poignance of the emotions of this day with fragility and reverence.

Hallo Spaceboy’s value is in its devotion, its sincerity, and its earnestness. It embraces a shared experience and conveys it unabashedly. And in this, it allows us to remember that we’re not alone, and, even more importantly, we are, indeed, wonderful.

A LONE DEER AT THE END OF THE WORLD
By D. Bradford Gambles
Published by Birdcage Bottom Books 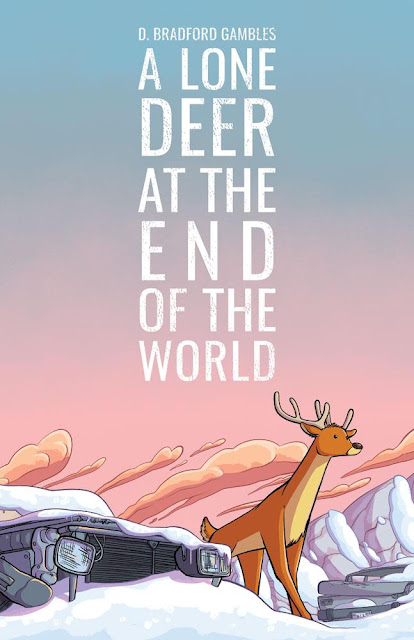 In the midst of a post-apocalyptic winter, a lone deer wanders out of the woods and into an abandoned shopping mall. What happens next is a savage take-down of the hollowness and vanity inherent in consumer culture. Rendered in sumptuous colors and crisp cartooning, A Lone Deer at the End of the World lays bare the contrast between the serenity of the natural world and humanity’s disconnected push to exploit, reshape, and acquire all that nature offers. D. Bradford Gambles drops any pretext of subtlety in the pages of this comic, choosing rather to smack his readers in the face with his message. In this, his polemic gains power.

In Gambles’ hands, this diatribe is a plea to humanity to slow down, reassess, re-prioritize, and embrace that which truly has value. He asks us to recognize the inherent vapidness of the pursuit of things to bring meaning to our lives. He asserts that the hunt for futile significance can only lead to our eventual destruction. 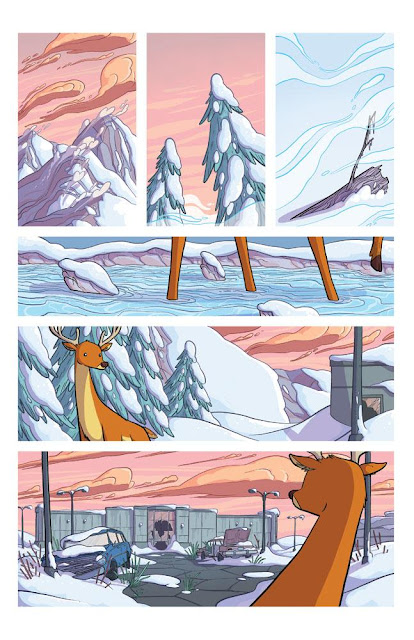 It’s heavy-handed stuff, yet the book never becomes ham-fisted thanks to Gambles’ artistry. Through the use of silence, pacing, and an amazing command of his color palette, his book points dramatically at repercussions, but not into his readers’ faces. Throughout, Gambles acknowledges that his reader already knows the truth he is revealing. His storytelling highlights hopefulness even amidst the wasteland he has created. 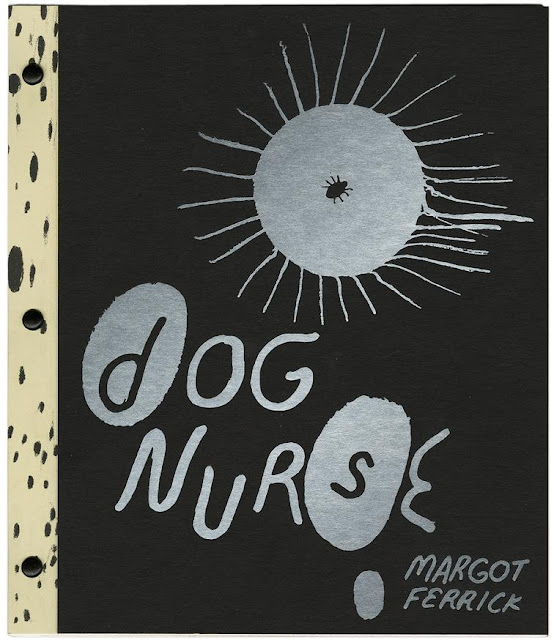 Inscrutable, triumphant, and beautiful, Margot Ferrick’s Dog Nurse seems, like so much of her work, both incredibly personal and yet held at arm’s length. As a narrative, the comic is concerned with the story of Songy, a child that “has a grotesque, dynamic nose and an ailment called mumblemouth that makes her speech difficult to comprehend.” A caretaker named Dog Nurse is hired to take care of her.

In addressing issues like communication, compassion, self-efficacy, parenting, abuse, and innocence, there is both sadness and hope at its core. Ferrick seems to be both exploring trauma and celebrating the discovery of one’s voice. Ferrick seems to create from the subconscious. She presents a dream-like meditation that verges on the revelatory, which ultimately spins into a more universal sensibility. Pushing away direct identification, Dog Nurse operates on the periphery. The reader looks into a mirror, but is unsure that what is reflected is how they want to be seen. Yet it is hard not to recognize outlines of the self. 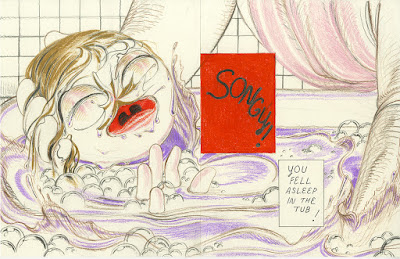 Dog Nurse is a difficult book to wrap your head around from an intellectual point-of-view. It demands that you open a part of you that is more attuned to the intuitive and instinctual self. Ferrick asks you to return to a time of inexperience, when much of what happens to you can’t be processed through a practiced past. This is a very young and vulnerable time, full of confusion and learning, where you are dependent upon a guide to give meaning to what happens to and around you. What happens when those guides are incapable of providing a sense of knowledge or orientation? This is where one’s own sense of power and self-esteem develop. And that development is, in large part, based upon the will to survive.

Thanks to the amazing production values of Perfectly Acceptable Press, Dog Nurse is presented as an art book with French Fold interiors, a chipboard cover fastened with black brads, and printed in a single edition of 350 copies. This enhances a kind of preciousness about the book and adds to its weight. The combination of the work’s theme and presentation combine to produce something unique; less a book to place upon a shelf and more something to be read and put out for display.