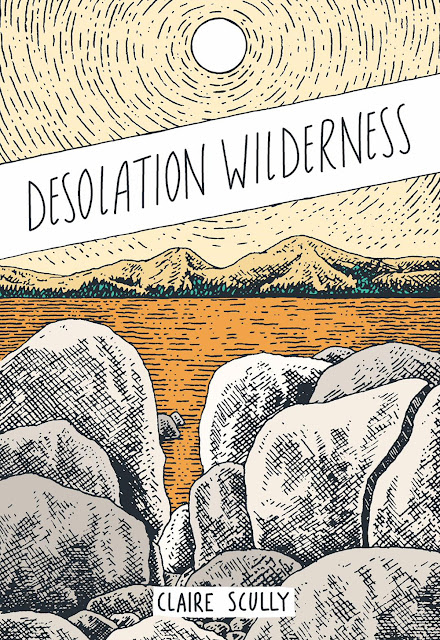 The Desolation Wilderness is a real place. It’s a massive hunk of federally preserved wilderness in El Dorado County, California. The crest of the Sierra Nevada runs through the Desolation Wilderness, west of Lake Tahoe. It is an amazingly beautiful piece of this earth we live on and the focal point of Claire Scully’s latest installment in a series she started with Internal Wilderness.

Desolation Wilderness by Claire Scully is a collection of notably wordless, full-page landscapes that invite readers to experience nature in a unique way. It’s a sort of symbiosis between our memories and our environment. The establishing page of Desolation Wilderness places readers at a vantage point that allows us to see an orange, rocky peak nestled in a grove of Alpine trees. Beyond, treeless hills off in the distance peek into our view under a monotone, expansive sky.

The geography is simply incredible. It represents a topography unique to the American West and is perfect for placing the reader into the setting of the story. It shows the reader glimpses of what’s to come, perhaps more so, what to expect. It’s an invitation.

As readers continue to venture into Desolation Wilderness, there is an immediate sense of place, but also of a loss of self as readers are immersed in the landscapes and join together not only with other readers, but with the physical environment itself. Desolation Wilderness is presented to readers as, “A sequence of events occurring over a period of time in the search for a location in space.” It is a blending of the relationship between people and place — and how we move through that space. While each landscape depicted on the pages of this comic is unique, they remain familiar — memories of previous pages — vestiges on the periphery of the readers’ mind. Scully creates a sort of meditative state of being, simply being. While readers know they are adventuring through the Desolation Wilderness, there is no indication of a specific location. It’s a sense of wonder. A sense of life. An elusive journey through familiar, yet fresh images. 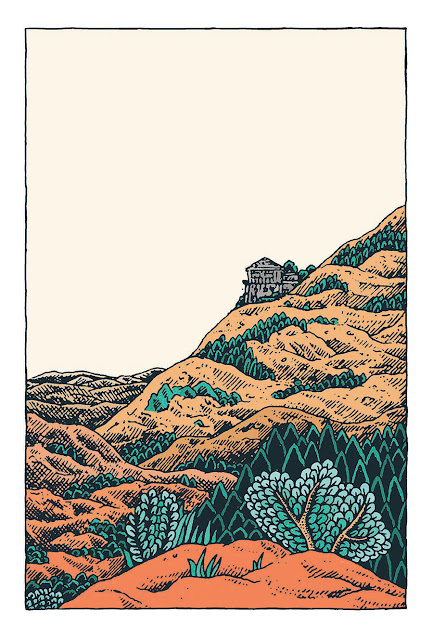 This is made most apparent by Scully’s consistent use of her color palette: primarily hues of green/blue, yellow/orange, and cream/tan. The reader is continually enveloped in these tones, reminding him or her that while he or she may venture to new surroundings, we’re still in the Desolation Wilderness — continually blending the familiar with the unfamiliar, challenging memories in new environments. It’s a natural state of being for humans. Memories blur as time passes, yet the core of memories remain authentic. Memories change, slightly, develop as we form new ones. New memories tend to fuse to old ones as they’re created and experienced. Bits of the familiar bond to the unfamiliar.

There are a couple of exceptions to this, though, primarily when scenes change from day to night or night to day. Even still, the green alpines, the orange rock formations, and wide-open skies settle the reader in a place that’s recognizable. We’re still in the Desolation Wilderness. 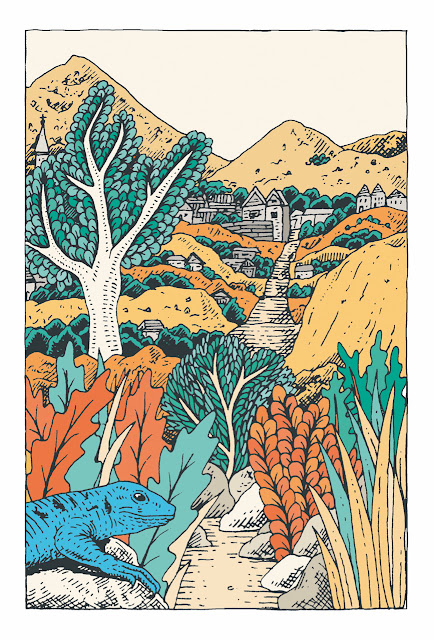 A common thread throughout Desolation Wilderness are the marks on nature by humanity and society. This is first noticeable in the second and third landscapes. Scully shows us a lone house among the hills and as she continues venturing, a small village appears in the distance. The village landscape is unique in that the reader is greeted by a vibrant blue lizard in the foreground resting on a rock. The lizard is in profile, as if it’s showcasing the village like a tour guide. While its vibrant color contrasts with the rock it’s resting on and the rocks of the village’s structures, the lizard’s natural color is at home with the vibrancy of the foliage surrounding it. The lizard belongs as the village belongs. A coexistence displayed beautifully. In Desolation Wilderness, Scully always shows the images of homes and villages at a distance. Humanity is present, but always just out of reach, whereas the flora and fauna, calm lakes and rivers, are always within the reader’s grasp. 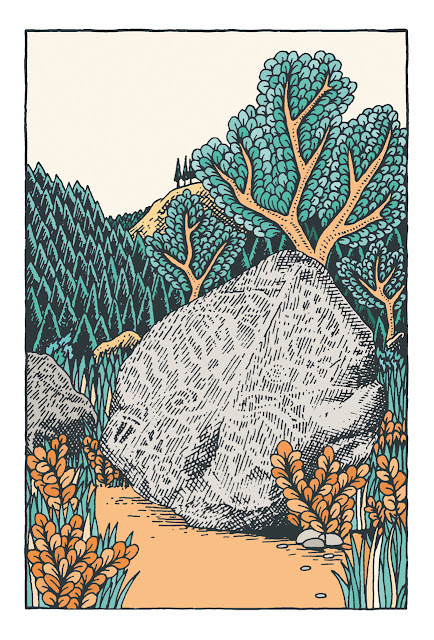 The best example of a shared space between humanity and nature is a three-landscape sequence that features detailed patterns inscribed on rocks. The patterns vary, from abstract geometric shapes and swirls to more commonly recognizable patterns like stars, trees, human figures, and the sun. It’s a perfect representation of humans interacting with their environment and leaving their mark. They are reminiscent of prehistoric petroglyphs, perhaps representing the idea that humans and nature have shared their environment since the dawn of human existence. Maybe it’s an inevitability, that humans stake a claim and make their mark on the environment in which they reside because humans can only exist within their environments. They’re dependent upon it, while the environment simply is — with or without humans. 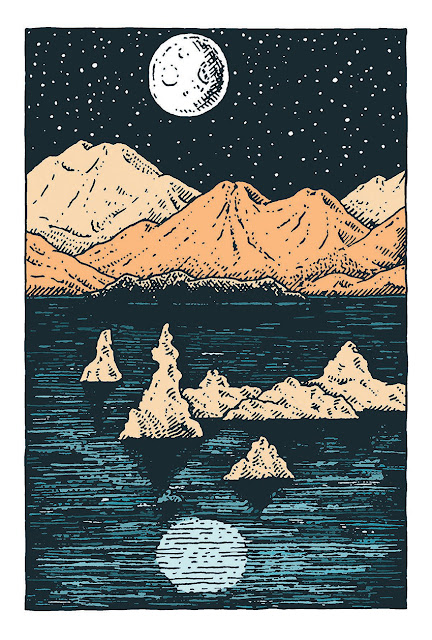 The final landscape is a moonlit scene, viewed from a distance. Readers gaze upon the river valley, full of trees, surrounded by mountains. The peak of the mountain is visible through a band of clouds, with the moon hovering above. A river winds down the middle of the wooded area, but we cannot see the beginning nor the end of it, for the trees and mountains. It’s a beautiful representation of our journey through the Desolation Wilderness, a journey through this massive piece of earth that doesn’t really have a starting or ending point. It’s reflective of memory and is telling of readers’ time spent in the Desolation Wilderness. The memories made will blur into new ones, creating the familiar out of the unfamiliar. 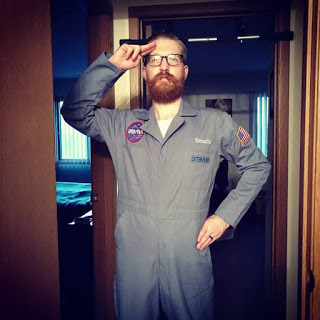