Sarah Horrocks is seriously talented and sometimes divisive cartoonist, critic, and commentator. She has created a number of self-published comics and has done critical writing about the medium for Fantagraphics, ComicsAlliance, Study Group Magazine, and The Comics Journal. She also co-hosts the podcast Trash Twins with artist Katie Skelly.

The following are reviews of two of her recent comics. 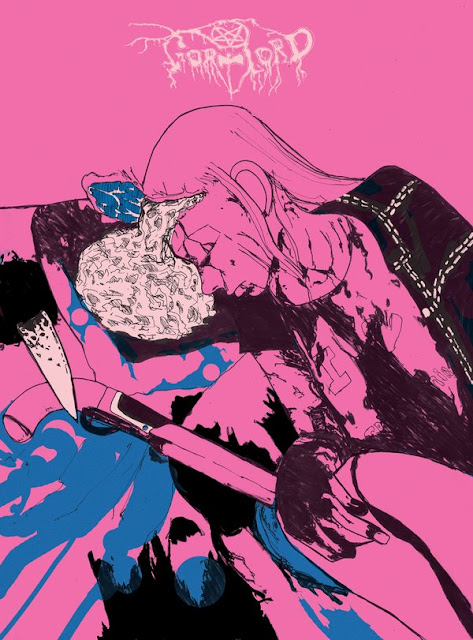 Nightmarish in conception, it stands as a lyrical ode to the random aspect of life.The kind we all fear. The horror that comes out of nowhere. It’s like the lines in Karl Shapiro’s poem “Auto Wreck”:
But this invites the occult mind,
Cancels our physics with a sneer,
And spatters all we knew denouement
Across the expedient and wicked stones.

There is no rationale operating in Goatlord. Nothing is foreshadowed. One event doesn’t lead to another. There is no cause behind this effect.

And this is where the heft of this book lies. In Goatlord, Horrocks seems to be reminding us that any idea we have of control over our lives is but a thin veneer holding back the chaos that churns around us.

In the absence of explanation, we are forced to confront the abyss; therein lies the greatest terror of them all. This confrontation explains the necessity of faith, it explains why we rubberneck as we pass the most horrific scenes, it explains that undulating inscrutable and insoluble stress that is a constant in our lizard brains. 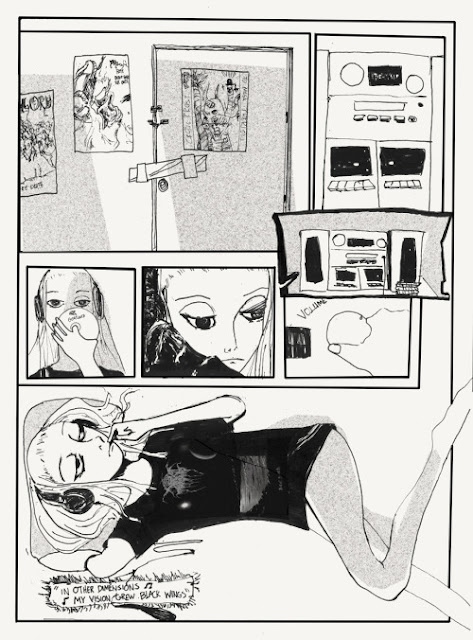 Goatlord, as a comic, is Dylann Roof, James Eagan Holmes, Eric Harris and Dylan Klebold (so many young white men with guns). It is the hail of bullets striking 103 people at the Pulse Nightclub in Orlando. It is the arbitrary and indiscriminate abomination that we desperately bury as we try to make sense of the world, the monstrosity that we court within the safe spaces of slasher films and cage fights and the music of bands like Darkthrone whose album lends this comic its name.

But try as we may, there are no real safe spaces. Not in our cities or our suburbs or our rural areas. No matter how much we try to isolate ourselves, we live among humans, the beast capable of the most horrific cruelty imaginable.

Ultimately, there really is no refuge or protection from the reality of the adventitiousness of life. Horrocks hammers this home in a tight five page book. 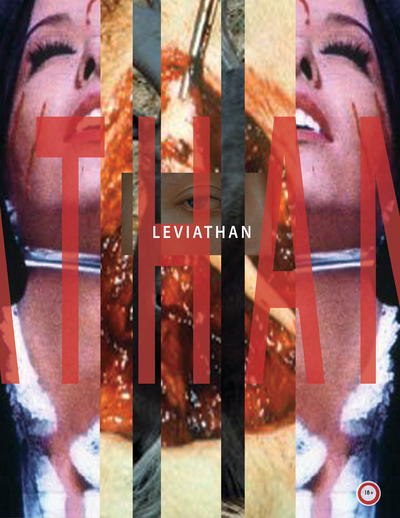 Whereas Goatlord immersed itself in the random horror that undermines our lives, Leviathan is about control. Specifically, it is about how seemingly powerless people take whatever power they can grasp and use it to create legitimacy. Sometimes this grasping provides a momentary validity, sometimes it fills a void, sometimes it becomes dangerous at the expense of either the self or of others.

Recently, Sarah Horrocks took an old CBR interview with Kurtis Wiebe and transformed it into an interview with herself. In this she writes about Leviathan as being an encapsulation of “the pitiless void at the center of being ... the gazed at refraction of the death beauty turn from oppressed object, to abject subject”.  This is a book that asks questions. What is the price of being an object of desire? What is the power structure inherent in the gaze, especially given the structures surrounding who’s gazing and who is being gazed upon?

Leviathan pushes out as it explores, working in the spaces between eroticism and control that express that which is within, without. It seems as if a part of it fundamentally asks how much degradation the self can endure before it must lash out at either the outside world or on itself? 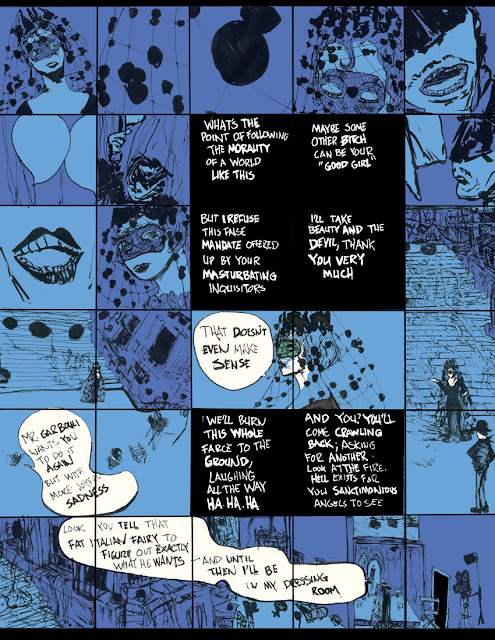 Horrocks is also probing artifice in Leviathan. In that same “interview” she writes, “while a lot of work has been done to use camp glamour to parody and ridicule status–I was interested in the vile structures that prop it up–and more, actually, I’m interested in unpacking glamour as a visage of the sublime–it’s a manifestation, but it has its particular attributes”. There is a baseness at the heart of beauty and power that allows for a separate type of morality than that with which the rest of us enshroud ourselves. Actions have much different consequences for those of privilege, and Leviathan asks what is the price to be paid, and, more importantly, who ends up paying it?

Leviathan is dense and hard to parse. At times, Horrocks’ layouts and lettering require a squint and/or assumption in order to comprehend. It’s not an easy read, requiring a number of passes to put it all together and, even then, you are left unsure of your understanding.

But it is a challenge that pays off in the questions it raises more than the answers it gives, and maybe that is what gives it the most value.