Who Am I To Say: A Review of BIG PUSSY by Gina Wynbrandt. 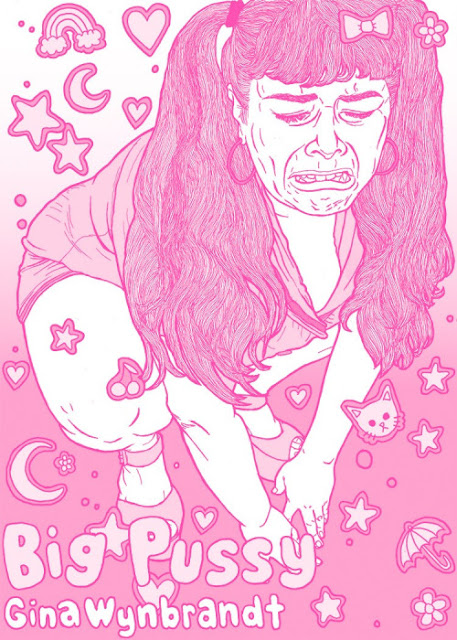 Big Pussy, by Chicago based cartoonist Gina Wynbrandt, is a 24 page, 5x7 saddle-stitched, BRIGHT PINK colored risograph comic published by 2D Cloud that is either completely bonkers or subtly condemning on various levels and I’m not sure if I’m the guy to decide.

The narrative conceit is sort of a biographical exploration of Wynbrandt coming to terms with the implications and expectations of becoming an adult on her twenty-fourth birthday after years of a mollycoddled life in her mom’s home. Her “To Do” list begins with “buy weed” and continues with “move out of mom’s house” and “pay off student loan” and “learn to drive”.  Instead of approaching these tasks head on, she instead turns to her anime hero Lunar Princess ™ and her feline mentor Nebula as role models and finds a bunch of alley cats to help her “become a lil tougher and more prepared for entering adulthood”. 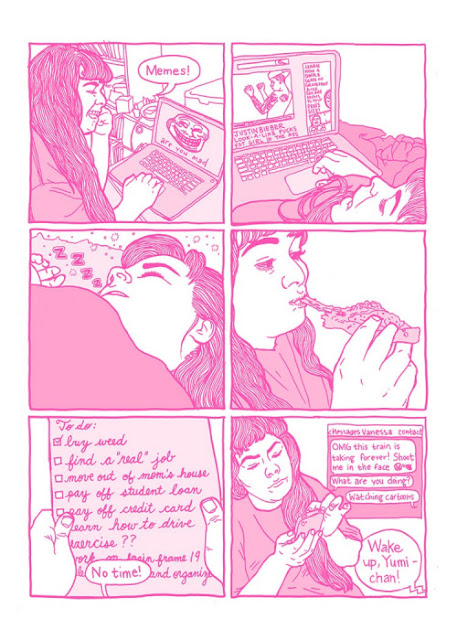 What follows is an over-the-top drug, sex, and rage fueled adventure that ends with … well, you just have to read it to see because there is just no way I can describe the finish. 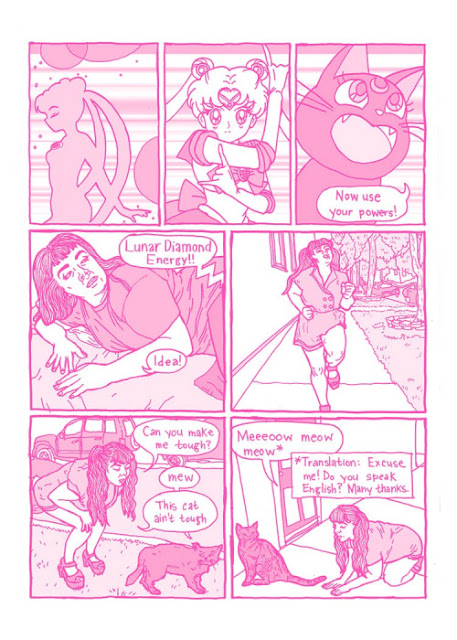 Just like I can’t really wrap my head around how to approach it critically because I remain unsure of what Wynbrandt is trying to do with this book. I’ve broken it down to four possibilities, none of which stick. 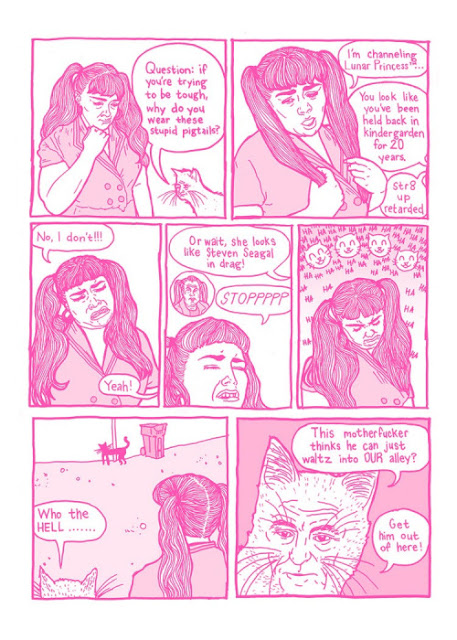 Regardless of the (or lack of) Big Theme of the book, Big Pussy is a book that understands that comics is the best medium to tell its story and Wynbrandt is a creator who uses all the tools to do just that.


You can pick up Big Pussy over at 2d Cloud’s online store.