My Continuing Crisis: Writing on CRISIS ON INFINITE EARTHS 9 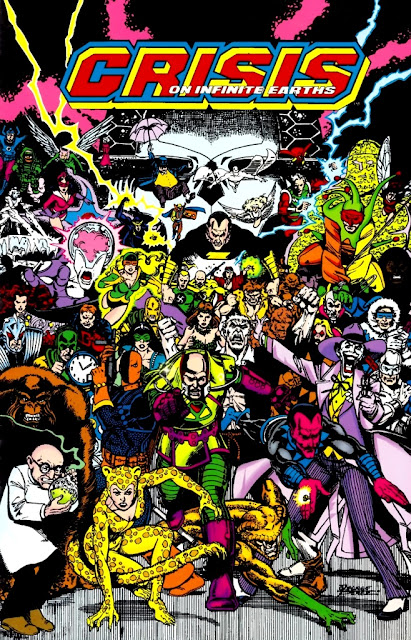 Seriously everybody, there’s just so much that goes wrong in Crisis on Infinite Earths #9, isn’t there?
I mean … Wow
Before we start though, know that I get it. I’m no fool, I understand that this was a CROSSOVER EVENT from the mid 1980s, and, given that context, I can almost read the “can’t keep it in his pants” misogyny of Beast Boy, view the appearance of the Confederate Flag on the Haunted Tank, witness the inclusion of “the cosmic treadmill” (Come ON!), and be introduced to every fucking possible superhero and supervillain ever in this issue  — (why do I need to see Jack Ryder — heh — activate his “molecular transducer” — double heh — to become The Creeper and then never really see him again except to let us know that he “trusts no one,” especially the ladies?) — without setting this book on fire in some sort of desperate purgative plea to whatever higher power is punishing us for our past sins.