Those Types of Tales: Reviewing SHORT AND MERCILESS STORIES by Marco Taddei and Simone Angelini 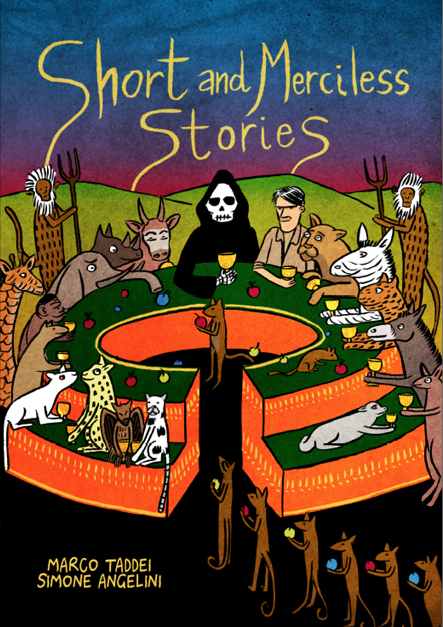 The scariest stories are the ones we tell ourselves all the time. You know, the ones about how everything is going to be alright, how the universe makes sense, how life is worth living.

You know, those stories of hope. The lies. The one's that get us out of bed in the morning. Make us put on clothes.

It's rare that a book lives up to its title as well as Marco Taddei and Simone Angelini's Short and Merciless Stories does. In 110 black and white pages, Taddei and Angelini tell eight stories revolving around misery, isolation, insanity, philosophical ambiguity, and Facebook. Each one is brutal, savage, engaging, and, in the way that we laugh at other people's misery, funny.

In his introduction to this book, Noah Van Sciver says, “Sure, these stories are grim and dark, but they're also incredibly light.” Van Sciver owes much of this to Angelini's artwork, “skilled, uncluttered, and appealing”, and this is true to a great extent. But much of the credit should also go to Taddei's writing (not to mention Davide Gentile and Erin Dwight's translation from the original Italian). These are stories that rely heavily on timing and nuance as much as narrative, and if either one of these is off, the stories would veer into abnegation over the absurd celebration they are meant to be. 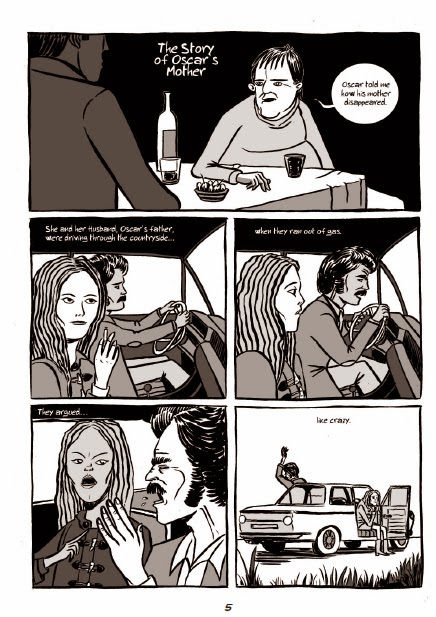 And as horrible as these stories are (and they are merciless as their title suggests), they are not off-putting in any way. Taddei and Angelini seem to have simpatico. Their interchange between words and pictures works to transcend horror and make their stories into what amounts to be a shiny gift for the pessimist, lifting the corners of the mouth into a smile while pummeling the paunch with the inanity and incongruity of life.

Bits like “The Story of the Marble”, in which a man has the power to transform people into knick knacks and how this rules his life but in death leads to nothing; “The Story of Oscar's Mother”, which tries to explain the unexplainable by providing no explanation at all; or “The Story of Enrico's Head”, which sets forth an unbelievable premise and then wraps it back upon itself, all echo the great parts of something like The Twilight Zone in that they are inexorable while being entertaining. At their core, these stories are profoundly negative, yet through the art of Taddei and Angelini, they are pleasant and engaging. 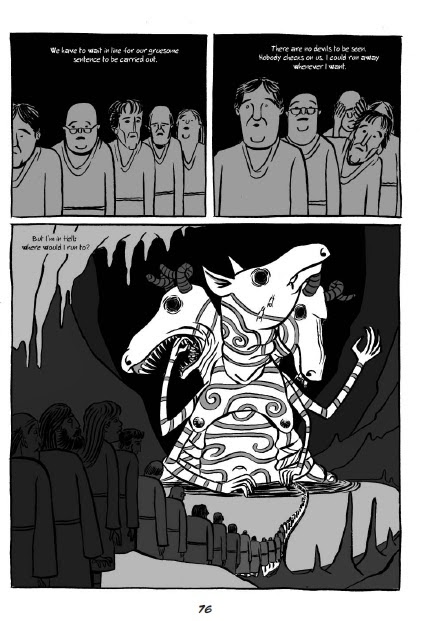 Which is no mean feat. This sort of art may actually be the hardest to create, but, when pulled off, is graceful and magnificent. 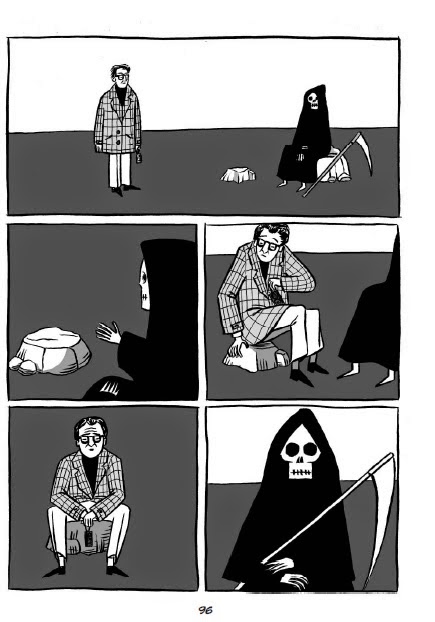 It is only fitting that this book ends with “The Story with Death” in which Death gives a press junket interview promoting his autobiography, Even Death Has A Heart,where he describes his exhaustion and how he frames his job as an artistic performance. Death gets the last lines in this story. After snorting drugs through a rolled up 20 euro note, he beams, “And we begin again!”

It is inevitable. Death is the final word. There's nothing anyone can do about it.

Short and Merciless Stories is available through Tinto Press