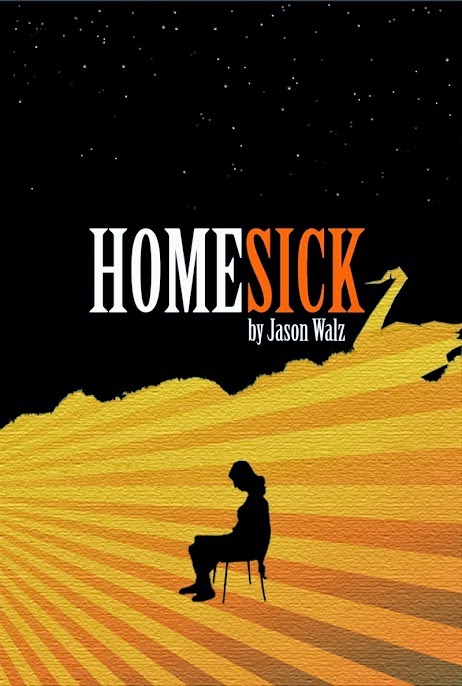 Which brings me to Jason Walz's Homesick, a 2014 Eisner Award nominee for Best Graphic Album, published by Tinto Press. In this, Walz has taken a deeply personal story of loss and a rumination on love and has created art, pushing the idea of the graphic memoir further – he viscerally conveys a subjective perception through his linework and choices, and, in the act of controlling his medium, he unlocks the gates of that emotional sensibility and allows all of us entry.
And, from what I've heard, this is his DEBUT graphic novel.

With clear demarcation and subtle pleaching, Walz interweaves a story of a lost Russian cosmonaut into his personal memoir, allowing the reader to draw the metaphoric parallels. It's an intricate dance. These sorts of narrative games often run the risk of being too overt and thereby lose their impact. Walz is able to take his cosmic allegory and, through great care and expert choices, convey the emotional intensity that he wants – it's what he needs as his story demands it.
This isn't navel-gazing or sorrow wallowing. Homesick wants our participation in the experience on an instinctual level. There's little didacticism, although there is plenty of manipulation. As if almost a poet, Walz conveys the hues and shades of his sensitivities. Through the synergy of words and pictures, negative space and dark washes, open panels and tight details, each page is suffused with Walz's sensibilities. He trusts the empathy of his audience to feel something. He knows we all know someone who's died, is dying, or will die soon.
What I really liked about Homesick, though, is the fact that it eschews simple answers to complex questions. Often times, authors of memoirs feel the need to answer universal questions, especially those dealing with the purpose of life and our relationship to our mortality. Walz chooses to leave it open ended; he casts the ashes into the sea and casts his cosmonaut into the abyss of space. His narrator doesn't come to any profound realizations about the nature of existence, nor does he try to tell us what we should do in the face of loss and/or tragedy. There are simple words for us at the end of Homesick, just as there are simple drawings. Still, there are times when the simple can be the most communicative and there are times when in silence we find our own profundity.

Everybody you've ever loved is eventually going to die. If they do so before you, there is bound to be a certain pain associated with that loss. It's a personal experience, but it's also a universal one. Willa Cather wrote, "Isn’t it queer: there are only two or three human stories, and they go on repeating themselves as fiercely as if they had never happened before; like the larks in this country, that have been singing the same five notes for thousands of years.” Jason Walz understands this idea. Homesick is one of those stories. He tells it to us and we read it already knowing what it is saying.
Which is comforting and it's beautiful and finally, at last, it's art and it's home.