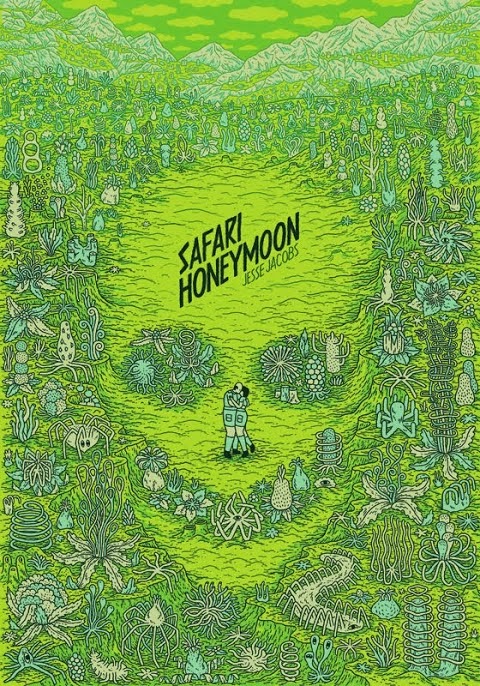 Elkin: There is something inherently evolutionary about the human urge to travel. It puts us in touch with new ideas and vistas which, as a result, allow us to return to our homes with a fresh perspective regarding our normal day-to-day. It's that “didn't know you were thirsty until your well ran dry” kind of thing.
You know how it is – you take what you have for granted. Time breeds blindness. How long is it before you stop noticing the hole in the wall where that picture once hung? Comfort brings complacency. Without something new to look at we reflect ourselves back to ourselves in an Inception-style delusion of change.
And clicking pages on Google Maps doesn't count. You need full engagement, the one, two, three, four, five senses working overtime. Especially smell. True travel does not exist without the smell of new places – an olfactory adventure in itself.
Without travel, cultures stagnate, people ossify, and nobody ever questions the trammels of custom. Yet also inherent in travel is the fear of the unknown. By stepping out of your comfort zone you open yourself up to the horrors of misunderstanding and perturbation. You trade assuredly for possibility, which either makes all the difference or breaks you apart.
The mid-twentieth century Italian writer and translator Cesare Pavese once wrote,“Traveling is a brutality. It forces you to trust strangers and to lose sight of all that familiar comfort of home and friends. You are constantly off balance. Nothing is yours except the essential things: air, sleep, dreams, sea, the sky - all things tending towards the eternal or what we imagine of it.” Jesse Jacobs' new graphic novel, Safari Honeymoon, from Koyama Press upends Pavese's idea to a certain extent. In Safari Honeymoon even the things we hope to see as eternal have become almost unrecognizable, beyond perhaps what we can understand. Part jungle adventure, part “psychedelic sojourn”, part biblical allegory, part gender study, part contemporary commentary, Safari Honeymoon is much more than the sum of its parts; it becomes its own thing by being unlike almost anything else.
As these sorts of things tend to engulf with the weight of their intent, there are strata to Jacobs' narrative, theme, and metaphor. His vision and cartooning make the layers visible through the veneer, and, with seeming abandon, allow a reader of Safari Honeymoon to make what he or she wants of it. The rungs of the ladder are there, it is up to you to decide just how high you want to climb. You take from it what you are willing to work for. It is an active reader who experiences the most from this safari. The passive observer will get lost quickly and succumb to the numerous and various parasites that abound in this jungle. It's helpful to have a guide, but even a guide can show us only so much.
It's a question of how much you are willing to give up to see where you are. “Everything at some point is reduced to its most primitive state.”
Sacks: "Predetermined patterns of thinking are inadequate. Your thoughts are nothing more than meaningless clouds passing across and endlessly blue sky."
One of the strange creatures in Safari Honeymoon says that cryptic statement directly to the reader in a full-page illustration. And while that comment may be psychedelic and existential, it also comes close to sounding like a manifesto, for being the spear-point in an argument to escape your mental boundaries and allow the world that Jesse Jacobs creates to wash over you.


The thing is, you really have no choice. As you say, Elkin, Safari Honeymoon takes readers to another place, one that lives inside only Jacobs's mind. It's a travelogue through a world of unfiltered imagination – a trip both in the prosaic (physical travel) and allegorical (a druglike trip) that places the reader in a different head space, takes them on a journey that could never possibly be imagined.

Without travel, our minds ossify. We get trapped in the same patterns, walk the same streets, explore the same mindspace all the time. A creation like Safari Honeymoon keeps us sharp by exposing us to new experiences that are unlike any others, filled with obscure, dreamlike, complex and simple; basic as nature and mysterious as nature.
Travel to a place like the world of Safari Honeymoon removes our predetermined patterns of thinking. Our world is a meaningless cloud. Everything in this book is intended to free the reader's mind from its predetermined patterns and force us to confront the unexpected. The art style is deliberately flat; the coloring is deliberately drab; the panels dense, characters drawn distorted, world full of unknowns and unknowables. Even the experience of time is distorted; past, present and future coexist as echoes of each other like memory or dreams haunting our lives; a good vacation resonates on frequencies that shake up our world and literally drop us in a different place.

It's incredibly disorienting because so much of what we're trained to expect has been changed. But the best vacations do that. It's hard to reorient to the world because we've been on a deep mental and emotional journey as well as a physical journey. We've seen the world in a deeper, more complex way. For those who are willing to open themselves up, who are active readers and living in the moment, there are edible foods when you're starving and the parasites that you didn't realize were inside your body can be freed.
Elkin, there's so much allegory in Safari Honeymoon, isn't there?
Elkin: Ah Sacks, you've segued me right where I wanted to go. And I refuse to wear a helmet.
I think that we can easily wrap our heads around Safari Honeymoon as a Biblical allegory, right? It's that reverse return to Eden in which our Adam and Eve strip off the trappings of modernity and embrace the lovely garden of the Forest Monkeys. They have paid for their sins enough and traveled through the jungle, both from where they have come from and through the very heart of the matter, and are rewarded at the end, as they get to live once more in the peace and safety provided by this Arcadia.

What's the lesson? We survive when we live in harmony with the animals, instead of dominating and naming them as is our whim. Time to drop our paternalistic stomping and dance the maternal groove. I want to start singing my own basso profondo version of Canned Heat's “Going Up The Country.”
I have no shame.
The Romantic notion that the city and its technology breeds a vileness in us, a poison that corrupts, has been a waxing and waning undercurrent in North American literature since even before Henry Wadsworth Longfellow penned a single poem. Nowadays our desire to return to a simpler times when there was still a middle class, cupcakes were always artisanally made, doctors told us that smoking was good for us, and climate change wasn't to blame for untold natural disasters --- that desire seems even more desperate. The modern world has brought the fruition of our original sin, and it is the sensitive among us who craves a stripping down and a more clear form of communication. To grow what we eat, to have some sort of connection to the processes of the natural world, and to be at play in the garden of some sort conception of the divine – these are the seeds in the shiny apple that Jacobs' seems to be offering in Safari Honeymoon.

Jacobs is also playing with questions of identity. Parasites abound in this jungle and they either enhance or subsume. This idea is then echoed in the interactions with all of the characters in the book. And yet, much like being invaded by a parasite, interactions between characters morph as the expected roles and clear identities are forced to change during the safari. The very notion of what a guide is becomes challenged halfway through, but this is to be expected. After all, “The Apprentice is required to master many techniques before receiving Safari Guide Certification.” One of the most important techniques, though, is the eventual letting go of those you guide. For the true task of any guide is to bring the people to the place they need to be and then letting them create for themselves. This is parenting, this is being a lover, this is being a mentor or a teacher, this is being a friend. We define our identity to an extent by the people to whom we've served as guides. We are at our healthiest when we bring them to their destination and let them learn from their experience.
What makes Safari Honeymoon such an interesting read, besides trying to decode how fucking weird it is, is letting it guide you through Jacobs' brain as it is expressed through his creations. This is a Safari Honeymoon for all of us as we are put in touch with his new ideas and vistas which allow us to return from this journey with a fresh perspective regarding our own lives. When Emily Dickinson said that there is no frigate like a book, she obviously had Jesse Jacobs' Safari Honeymoon in mind.
Sacks: For all of Dickinson's brilliance I'm sure she could never have imagined anything remotely like Safari Honeymoon, the journey to a remote colony that's never existed but is as real as the power of Jesse Jacobs's imagination. But I'd like to think that quiet woman might have enjoyed the poetic flights of creativity that Jacobs brings us to, like a friend we've never met but who is giving of himself as a guide.

Dickinson is also a good analogy for me because Safari Honeymoonis a kind of poem on the comics page, a well-considered piece of creativity that gives the reader a deeper sense of reality through its depiction of unreality. With his unfettered but precise pagework, Jacobs is creating a kind of poetry on the printed comics page, a work that derives its considerable power through use of allusion, repeated words, its own very particular use of verse and meter, its own iconography. Though I suppose you could take this book as a literal work that tells the tale of a nightmarish honeymoon, the attentive reader can pleasure in reading some Bible into this graphic novel, or some Canned Heat or Longfellow or maybe even just a little bit of e.e. cummings.
It's been a cliché over the years to say that comics are cinematic or that a good comic book is like a great modern TV series. But Safari Honeymoon<, as an exemplar of the next generation of comics storytelling, takes the medium to a different place, a place that may be best analogous to poetry. Jacobs uses the tools of comics art– iconography, allusion, dislocation, meter, color –to create something that thoroughly, specifically is comics. He creates a world that could only be created as comic art, just as independent-minded creators such Box Brown, Jesse Moynihan, Alec Longstreth, Kevin Huizenga and so many others create their own works. It points us to a new world, a new adventure in our beloved artform that we can fall in love with. Like the creatures in this book that eat their own tail, Safari Honeymoon< is, on some level, about itself. It's about falling in love with the journey that we take with this visionary cartoonist. We ourselves, as readers, are on a safari honeymoon.