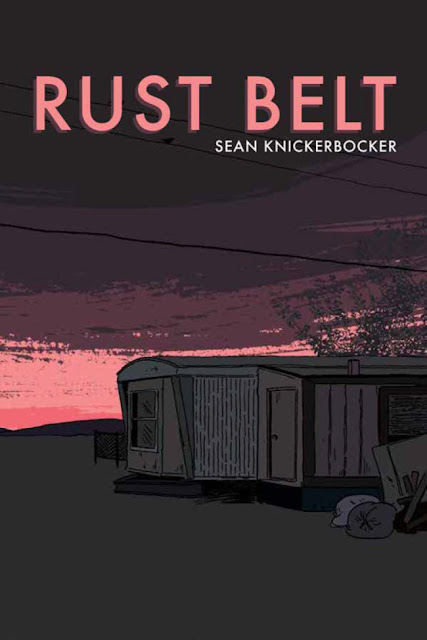 There's a sickness at the heart of what used to be called the "American Dream," and we all know it: the consolidation of wealth among the so-called "one percent" has left a wide swath of devastation in its wake, entire regions of the country have been cast aside like so much detritus while the rich wall themselves off from the effects of their greed in secure suburban sub-divisions, the people they've tossed on the economic trash heap as out of sight as they are out of mind.  The modern-day robber barons need these folks every four years, of course, to vote for their latest demagogue of choice --- a hollow exercise that amounts to the devastated giving assent to their destroyers --- but that's never much of a problem: draconian cuts to education budgets, media consolidation, and ginned-up religious and cultural fervor have done the job of convincing large chunks of the working and non-working poor that the real threats to their ever-deteriorating way of life come from south of the border, across the pond, or the ranks of the "other" (racial, sexual, ethnic, religious) within their midst.

Now, don't get me wrong: profiles of the white, male, Trump supporter in the popular press have been done to death, and the idea of "shining a light" on a lot of these folks' retrograde attitudes and opinions amounts to little more than a literal case of "sympathy for the devil," but the ubiquitous nature of these overly-generous "human interest stories," (a phenomenon even comics haven't managed to escape from entirely --- I'm looking at you, James Sturm) and the sad but true fact that the disaffected and dispossessed have always been easy pickings for would-be "strongmen," doesn't negate the reality that for quite literally millions of Americans, the end of the world is no longer an abstraction, it's something that's already happened to their communities; maybe even something that continues to happen every day.

Roll call: factories that employed everyone for miles going dark. Opioid and amphetamine addiction. Home foreclosure. Loss of health insurance. Younger generations fleeing the town, the county, even the state. All that's left? Economic, cultural, and social wastelands where the word "opportunity" is thought of strictly in the past tense. 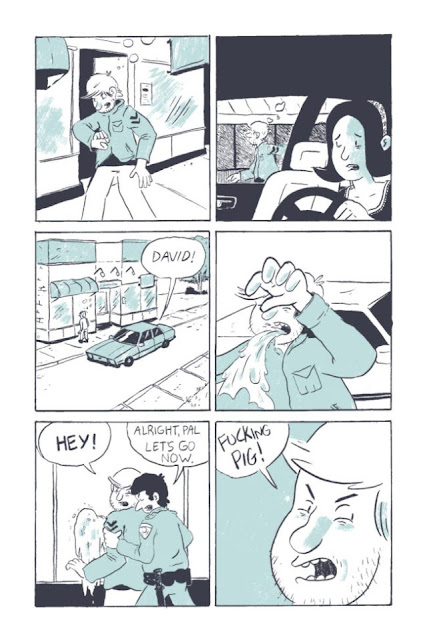 Perhaps more than any other contemporary cartoonist, Sean Knickerbocker has his finger on the pulse of what's derisively scoffed at as "flyover country," having spent a considerable amount of time in the bleak (in every sense of that term) hinterland of Blue Earth County, Minnesota. To date, he's conveyed the stories of the post-apocalyptic survivors of areas like the one he once called home over the years in the pages of his debut graphic novel, Killbuck, as well as in his intermittently-published series, Rust Belt, portions of which --- in addition to strips culled from parts various and sundry --- have just been collected by Secret Acres in a book that shares that same title. It's a briskly-paced read, to be sure, but one that leaves a mark by dint of Knickerbocker's sheer facility with characterization and his sympathetic (but not less accurate for that fact) portrayal of the sorts of lives that are deliberately ignored by those in power --- unless and until they need to fashion them into reactionary voting blocs.

Stylistically, Knickerbocker's work falls somewhere comfortably within the Charles Forsman/Max de Radigues continuum, and his work addresses many of the same concerns explored not only by said contemporaries but also the likes of Noah Van Sciver. Yet Knickerbocker's elegantly-delineated minimalism is utilized in service of narratives that tend to depict the realities of those from whom alienation and inchoate, unfocused rage aren't a potentially-passing phase of youth. Rather, they have become the inescapable underpinnings of their very existence. 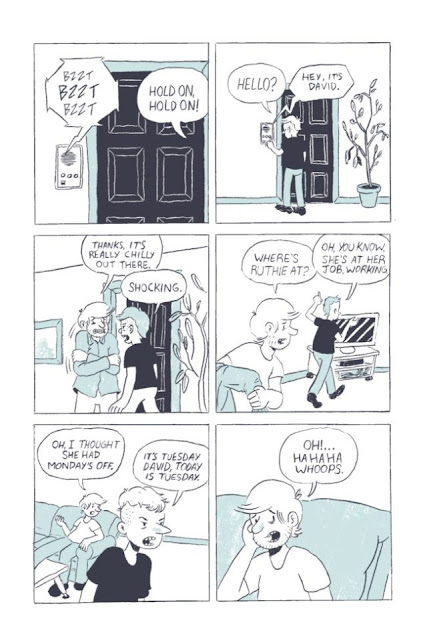 All of which is to say that whether we're talking about an aging alcoholic who's still dependent on his sister, a soon-to-be-demoted retail manager, an underemployed woman caring for a sick parent who has to turn to the local food shelf for assistance, or a plumber trying to make a name for himself as a MAGA YouTuber only to discover that there's no pot of gold at the end of the alt-right rainbow, the authenticity of this collection's protagonists and their situations is as universal as it is uncomfortable to face.  This perpetual unease is conveyed in the book’s aesthetic, as well: accentuated by a rotating selection of single colors that reflect the tone and tenor of the strips upon which they're deployed pitch-perfectly, there's no slack in Knickerbocker's act as his holistic approach to visual storytelling offers no conceivable way to turn a blind eye to the everyday indignities he not only depicts, but digs into deeply.

Are some of these people at least partially culpable for their own existential misery? Of course. But living where they do, under the circumstances that they find themselves, it's not like they're offered much by way of alternatives. Work at Wal-Mart or starve. Seek chemical and/or pharmaceutical escape or wallow in hopelessness. Cling to the past or face up to the fact that you've got no future. Taken in total, Knickerbocker paints a grim picture in Rust Belt, to be sure --- but also an accurate one. And it amounts to probably the most savage and thorough-going critique of capitalism comics have seen in quite some time. 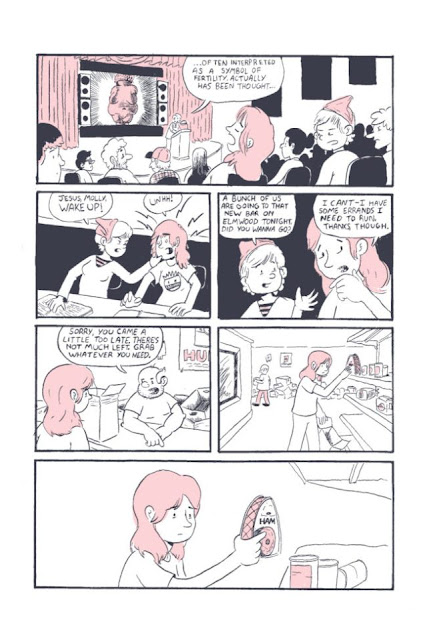 If the whole thing sounds too heavy for you, then fair enough, it probably is --- and far be it from me to shame you if your reading tastes are primarily escapist in nature. But if hard (yet hardly heartless) looks at the world as it is, rather than as we wish it to be, are within your aesthetic wheelhouse, then Rust Belt will immediately leap to the forefront as one of the most vital, most accomplished, most unforgettable, and most absolutely necessary comics you'll read this year --- perhaps even in the last several. Knickerbocker has justly enjoyed a reputation as something of a "cartoonist to keep an eye on" for some time; with this collection, he's come fully into his own and it's high time for everyone to start paying attention to one of the medium's most singular, distinctive, and honest voices.